The rise in housing prices continues to outpace the increase in wages across many parts of the world. For many cities, modest gains made in median yearly wages have been overshadowed by significantly higher increases in the cost of housing for the year. Data shows which cities have the highest discrepancy in median house prices and median wages.

According to data collected by Bloomberg, Hong Kong is the least affordable city to live in with median home prices outpacing median wages by over 20 times. Other expensive cities include Vancouver, Canada, and Sydney and Melbourne, Australia, each with a difference of around 10 times higher in terms of home prices and median wages. Los Angeles and San Francisco top the list for the highest discrepancy in the U.S.

The rise in home prices in some of the world’s most attractive cities is leading to a surge in small home and apartment purchases, according to Bloomberg. While still substantially more expensive than homes in less dense global cities, these smaller apartments offer another avenue for people to gain a foothold in a popular city by sacrificing some space. However, many small apartments are criticized for just how small they can be, with infamous “coffin homes” in Hong Kong and elsewhere notorious for being no bigger than a space to put a mattress.

Still, smaller apartment purchases are a way to escape a rental cycle that is perhaps even more egregious in these major cities. With rent prices skyrocketing before the pandemic, many may view this as a perfect time to gain real estate in key global markets. 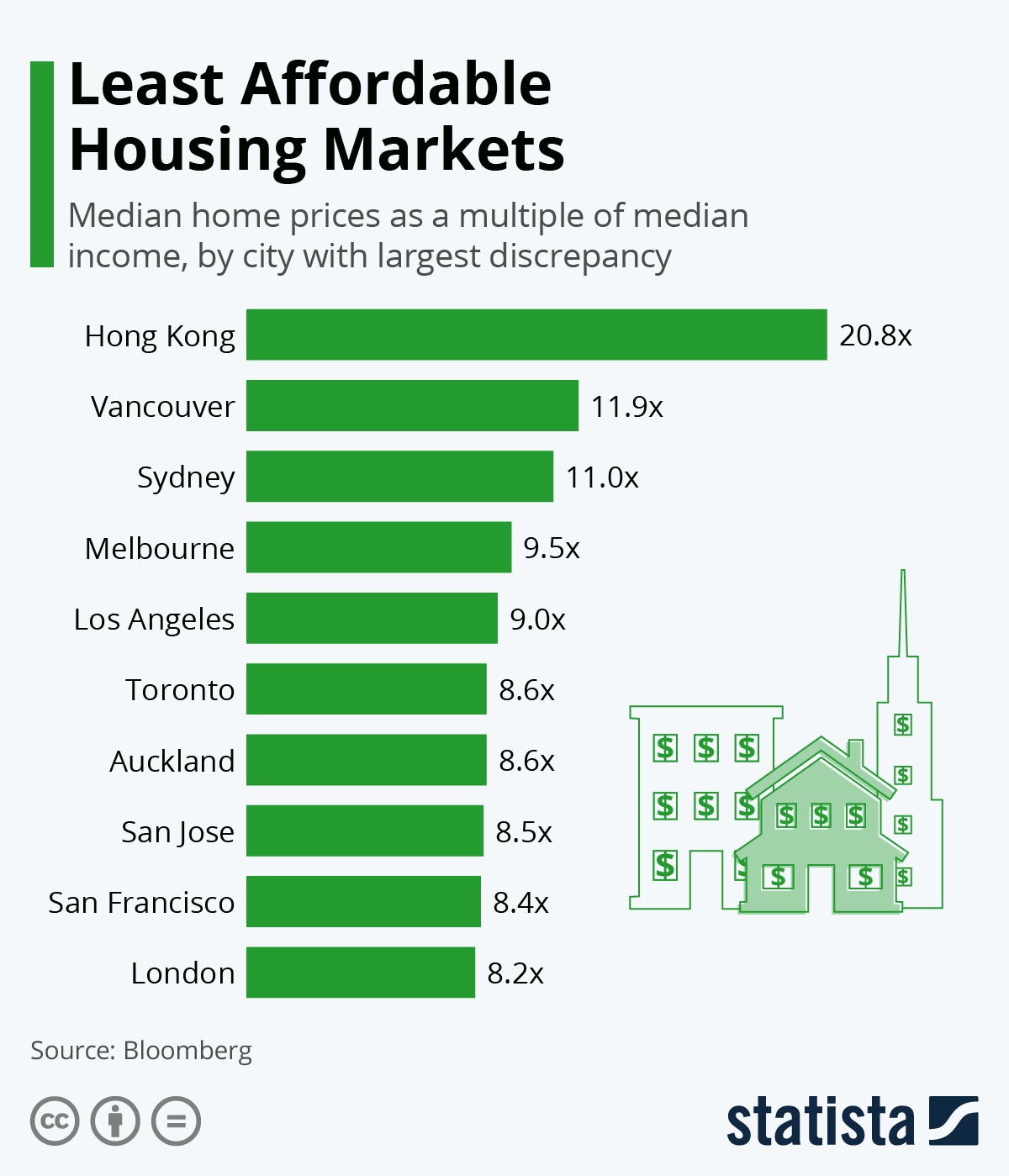 Previous How Did Stock Markets Perform in 2020?
Next Electric Cars Boost Metal Demand