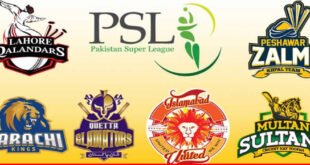 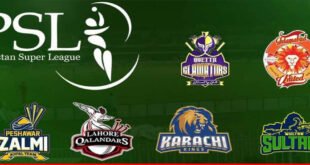 The State Bank of Pakistan (SBP) in its latest Monetary Policy Statement (MPS) has kept the Policy Rate intact at 7.0%. The Policy Rate has remained unchanged since 25th June 2020, when the SBP had reduced the Policy Rate by 100bps. The SBP, for the first time, has also provided forward guidance to facilitate policy predictability and decision making by economic agents. The Monetary Policy Committee (MPC) expects monetary policy settings to remain unchanged in the near term till economic recovery becomes more durable and economy returns to full capacity. If there are requirements for adjustments in the Policy Rate, then these are likely to be measured and gradual, to achieve mildly positive real interest rates.

The MPC noted that since November 2020, the domestic recovery has gained some further traction. Most economic activity data and indicators of consumer and business sentiment have shown persistent continued improvement.

The MPC was of the view that the existing accommodative stance of monetary policy remained appropriate to support recovery, while keeping inflation expectations well-anchored and maintaining financial stability.

The MPC also stressed that considerable uncertainty remains around the outlook. The trajectory of the COVID-19 pandemic is difficult to predict, given still-elevated global cases, the emergence of new strains, and lingering uncertainties about the roll-out of vaccines worldwide. Such external shocks could slow the recovery.

The economic recovery underway since July 2020 has gained momentum in recent months. Large-scale manufacturing (LSM) grew by 7.4%YoY in October and 14.5 %YoY in November. The manufacturing recovery is also becoming more broad-based, with 12 out of 15 subsectors registering positive growth in November and employment beginning to recover.

During the current fiscal year, LSM has grown by 7.4%YoY, against a contraction of 5.3% during the same period last year. Nevertheless, the level of manufacturing activity generally remained below average levels in FY19, pointing to continued spare capacity in the economy. On the demand side, cement sales remained strong on the back of rising construction activity, POL sales were at two-year highs, and automobile sales were also rising in both urban (motorcars) and rural (tractors) markets. In agriculture, cotton output was likely to decline more than expected based on latest production estimates. However, this is likely to be offset by improved growth in other major crops and higher wheat production due to the rise in support prices along with announced subsidies on fertilizers and pesticides for Rabi crops.

Following five consecutive months of surpluses, the current account registered a deficit of U$662 million in December 2020. While remittances and exports continued to grow steadily, the trade deficit rose due to a rise in imports of machinery and industrial raw material, in line with the pick-up in economic activity. At the same time, wheat and sugar imports also rose. Nevertheless, the current account remained in surplus during the first half of FY21, at US$1.1 billion compared to a deficit of over US$2 billion during the same period last year.

This improvement has been mainly driven by workers’ remittances, which have remained above US$2 billion every month during the current fiscal year due in part to travel restrictions and supportive policy measures taken by the government and SBP that have increased the use of formal channels. Further, the pick-up in workers proceeding abroad in December bodes well for future prospects.

Encouragingly, exports have also recovered to their pre-COVID monthly level of around US$2 billion since September, with a broad-based recovery in export volumes recorded in almost all categories in December.

Persistent improvement in the current account position and improving sentiment led to a mild appreciation in the PKR since the last MPC meeting and further strengthened external buffers. SBP’s foreign exchange reserves have risen to US$13 billion, their highest level since December 2017.

Based upon the data available so far, the outlook for the external sector has improved further and the current account deficit for FY21 is now projected to remain below one percent of GDP.

Fiscal developments have been largely in line with this year’s budget and the government has continued to adhere to its commitment of no fresh borrowing from the SBP. Despite higher interest payments and COVID-related spending, healthy growth in revenues has contained the fiscal deficit during the fiscal year so far. Provisional estimates suggest that net FBR revenue grew by 3.0% and 8.3%YoY in November and December, respectively.

Driven by a rebound in direct taxes and the sales tax, FBR revenue during H1-FY21 has grown by 5%YoY to come in close to the targeted level. Despite higher non-interest current expenditures, the primary balance posted a surplus of 0.5% of GDP during July-November 2020.

The MPC noted that financial conditions remain appropriately accommodative at this early stage of the recovery, with the real policy rate in slightly negative territory on a forward-looking basis. Private sector credit has seen an encouraging uptick since the last MPC meeting, driven by a continued rise in consumer and fixed investment loans on the back of SBP’s refinance facilities. As demand recovers and inventories fall in some sectors, working capital loans have also picked up for the first time since the onset of the pandemic, although their level remains lower than last year.

Inflation pressures have eased since the last MPC, despite an upward adjustment in fuel prices. This decline is mainly attributable to easing food inflation due to favorable weather conditions and various measures taken by the government to address supply-side issues. Inflation expectations of both businesses and consumers remain well-anchored. At this stage of the recovery, any further supply-side shocks from food or utility tariffs are unlikely to have a lasting inflationary impact. 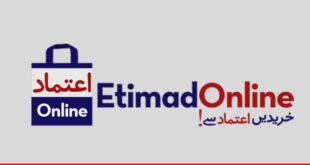