Over the course of its lifespan, the ban has majorly reduced new U.S. residents from the places affected. New residents from Yemen were a lot fewer – their numbers were reduced by 72 percent between 2016 and 2019, the latest year for which data is available. While in FY 2016, almost 13,000 Yemenis took up residence in the United States, that number was reduced to around 3,500 in FY 2019 after having reached a low of 1,600 in FY 2018. The number of new residents from Somalia shrunk by a comparable extend, while new residents from Iran and Syria were 55 percent and almost 60 percent fewer over the same time frame.

The analysis of DHS data excludes refugees and asylees from the count since they are often in the United States years before officially taking up residence because of slow asylum proceedings and a considerable backlog. Earlier versions of the ban had targeted immigrants from two more Muslim majority countries, Iraq and Sudan. By revoking Trump’s order, Biden also threw out immigration limitations that were tacked onto the ban over its lifetime. These included a ban for all entries of North Korean citizens (in place since 2017) and immigrant arrivals by citizens of Nigeria, Myanmar, Kyrgyzstan and Eritrea (in place since early 2020). Furthermore, citizens of Tanzania and Sudan are no longer banned from the U.S. diversity lottery and employees of Venezuelan government agencies and their families can once again enter the U.S. for tourism or business. 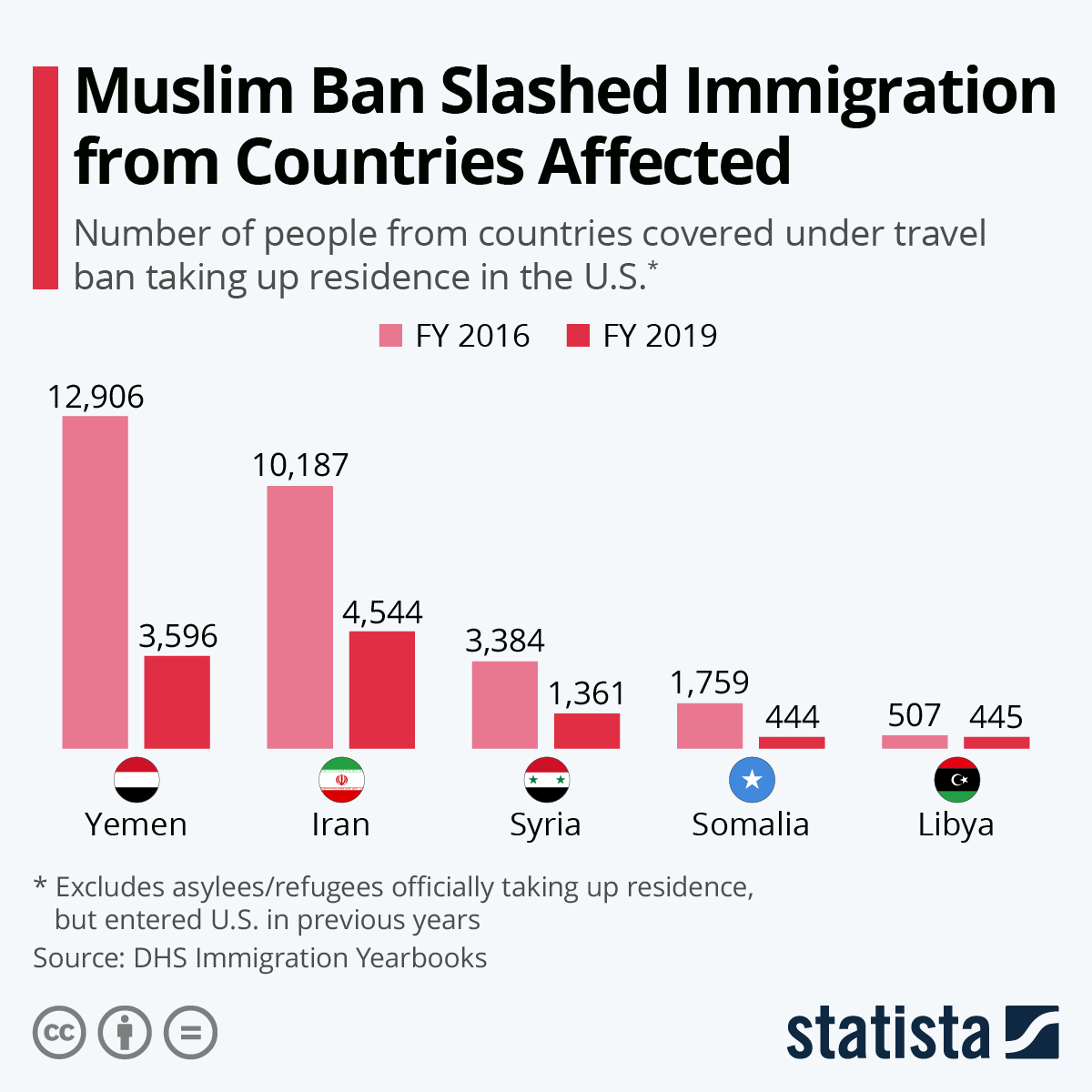