Prospects of foreign remittance into Pakistan

During FY20 Pakistan received record remittances. On a cumulative basis, workers’ remittances increased to a historic high level of US$23.120 billion during FY20 as compared to US$21.739 billion received in FY19, witnessing a growth of 6.4% over

Despite economic slowdown caused by the COVID-19, the remittances during March-June quarter of FY20 increased significantly helping the country get more than expected inflows. Workers’ remittances rose by a significant 50.7% during June 2020 to reach record high of US$2.466 billion as compared to US$1.636 billion received in June 2019. The inflows June grew significantly as compared to May when the country had received around US$1.866 billion, a rising amount despite the negative outlook due to the impact of coronavirus on the global economy.

Policy makers had earlier feared remittances to slump in the last quarter of FY20 because of the impact of COVID-19 on the economic activity around the world, but the inflows increased by 7.8%. During June, major chunk of the workers’ remittances were from Saudi Arabia at $619.4 million, USA $452 million, UAE $431.7 million and UK $401 million recording increases of 42%, 7.1%, 33.5% and 40.8% respectively as compared to May.

The State Bank of Pakistan (SBP) said the significant increase in remittances during June can be attributed to a number of factors. “Since many of the countries eased lockdown in June, overseas Pakistanis were able to transfer accumulative funds, which they were unable to send earlier,” it said. Further, it is also believed that they sent remittances to support extended families and friends due to COVID-19. Seasonal inflows in the month of Ramazan coupled by zakat and charity funds collectively increased the inflows during the last fiscal year.

In addition to these, the government and the SBP also played their role in increasing inflows during the FY20 in general and COVID-19 period. Supportive government policies in terms of extension of Reimbursement of TT Charges Scheme (Free Send Remittance Scheme) to small remitters by reducing threshold amount from US$200 to US$100. In addition, financial institutions also increased the incentives for sending remittances through regular channels.

Financial institutions were motivated to use effective marketing campaigns with particular focus on digital channels for sending and receiving remittances to promote the use of legal channels. The inflows in June grew significantly as compared to May when the country received around US$1.866 billion, rising despite the negative outlook due to the impact of coronavirus.

Though the export of manpower is almost zero after the novel coronavirus hit the country in March this year, the inflows of remittances have risen. The State Bank attributed the growth to the Pakistan Remittance Initiative, which is what it has always credited whenever remittances rise, as well as exchange rate movements. Financial sector players and currency dealers said Pakistanis sent more money to their families and other relatives to help them tide over COVID-19 challenges and support those members who lost jobs and businesses.

The SBP data shows that remittances from the entire Arab region have recorded a significant growth. The inflows from the Gulf countries showed 50% growth in remittances as Pakistan received US$297 million in July, compared to US$198 million during the same month last year. 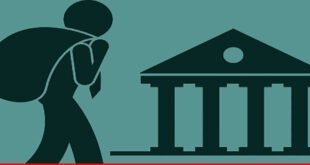 Irregular migrants – an impact on remittances

Every year billion of dollar or payment sent by overseas to their home countries. Over …