Forensic science is unlocking the mysteries of fatal lightning strikes

Lightning is one of the most powerful sources of energy in the natural environment. As anyone who has spent time in Johannesburg during the South African summer will attest, there is nothing as spectacular as a Highveld thunderstorm at the end of a long, hot day: the scent of petrichor, torrents of cooling rain, booms of thunder and great spears of lightning across the sky.

These storms are awe inspiring – but also dangerous to people, animals and the built environment. African countries, among them Zambia and Uganda, have some of the highest lightning fatality rates in the world. In South Africa, more than 250 people are killed by lightning annually.

The exact number of deaths isn’t clear, due to under reporting, but estimates from 28 countries suggest there are up to 24,000 lightning fatalities annually worldwide.

Deaths can’t always be definitely attributed to lightning because, while its marks are easy to spot on the skin or in the organs, nobody was sure how to identify its marks on skeletonised remains.

Our research changes this. Our study, published in the journal Forensic Science International: Synergy, represents collaboration between specialists in forensic anthropology, histology, lightning physics, and micro-focus X-ray computed tomography from the universities of the Witwatersrand in South Africa, Northumbria in the UK, and the Nuclear Energy Corporation of South Africa.

This work can help forensic teams understand whether people or animals were the victims of fatal lightning strikes, based solely on an analysis of their skeletons. This may allow an attribution of accidental death in cases where cause is not apparent, and allow experts to build a more complete picture of the true incidence of lightning fatalities.

When a lightning death is suspected, forensic pathologists determine cause of death by looking for signs of lightning trauma in the deceased’s skin and internal organs.

When a body is struck, fatally or not, the immense electrical current can cause cardiac and respiratory arrest, as well as neurological damage. Ear drums may rupture; bones may fracture, and there will be severe electrical burns at entry and exit sites, particularly on the soles of the feet. Lightning can also produce unique markers in the skin, termed Lichtenberg figures. These are branching or fern-like patterns caused by electrical damage to superficial blood vessels in the skin.

However, when a skeletonised body is recovered, soft tissues are absent; lightning cannot confidently be attributed as the cause of death.

Our research started with a simple question of cause and effect: does lightning leave recognisable traumatic traces or characteristic lesions when passing through the skeleton? If we discovered unidentified human remains in the South African bush, could we determine whether they were the victim of a fatal lightning strike?

We then generated artificial lightning in the laboratory applied directly to human bone samples extracted from donated bodies who had died of natural causes.

Lightning physicists set up a high-current impulse generator in our lab at the Wits Medical School which could deliver up to 15,000 amps to the bone in a few micro seconds.

Generating such high impulse currents allowed us to mimic the effect of lightning passing through the skeleton. Natural lightning can often have significantly higher current levels, but this experimental setup gave us much greater control than trying to somehow place human tissue in the path of a natural lightning strike.

Once the current was applied, we cut the bone into thin slices and imaged it using optical microscopy and micro-CT. By looking at the bone at a cellular level we saw there was a pattern of damage uniquely caused by short duration lightning current passing through its cells.

This damage took the form of cracks radiating out from the centre of canals in the bone, or jumping irregularly between clusters of cells. The overall pattern of damage looked very different when compared to other high energy trauma, such as that caused by burning in fire.

We saw the same pattern of trauma in animals killed by natural lightning. We compared the human results with bone from a wild giraffe that was known to have been struck; the pattern of damage was identical even though the micro-structure of human bone is very different from giraffe bone.

So, what was the specific mechanism that caused these micro-fractures to form? We think there are two options which, alone or in combination, would produce this damage.

Firstly, the current itself produces a high-pressure shock wave when travelling through the bone. Lightning specialists term this barotrauma: the passage of electrical energy literally blows bone cells apart.

Secondly, bone behaves strangely when placed in an electric field. This is termed a piezoelectric effect. Collagen, the organic part of bone, is arranged as fibres or fibrils. These fibrils rearrange themselves when a current is applied, causing stress to build up in the mineralised and crystallised component of bone, in turn leading to deformation and cracking.

Both of these mechanisms would cause fractures to form. This unique pattern of micro-trauma was the smoking gun we were looking for.

Our research offers a new tool to study lightning fatality in real-world forensic cases. At a time when global climate change may be driving increases in the number and severity of thunderstorms and lightning strikes, this tool may sadly have to be called upon regularly in death investigation. 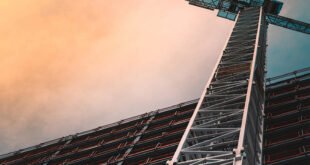