The role of smartphones in the COVID-19 recovery 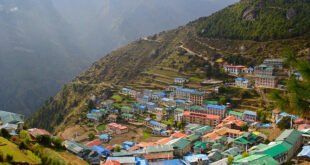 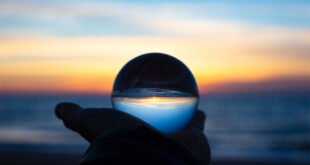 3 predictions for the future of responsible technology

Almost nine in ten children in sub-Saharan Africa are learning poor, in that they are unable to read and understand a simple text by age 10. The pandemic is worsening this “learning crisis”, especially for poor and vulnerable households that lack access to online resources. The potential for leveraging smartphones in development has so far remained largely untapped, but recent trends may reverse this:

The recent World Bank webinar “Using smartphones to strengthen the human capital of online and offline populations. New evidence and collaborations for global scale up” presented experimental evidence and partnerships from South Asia and Sub-Saharan Africa. Below we summarize the event’s presentations and a panel discussion.

Mobiles for development for each stage of life

In northern Nigeria, and with support from a World Bank education project and the Norwegian Agency for Development Cooperation (Norad), the DIME “Movies & Mobiles” trial shows that movies produced by Impact(Ed) increased parents’ aspirations and primary school attendance by 34%, and that when they were accompanied by the provision of smartphones preloaded with literacy apps, learning outcomes also improved by a quarter of a standard deviation. Moreover, preloaded smartphones also improved learning outcomes and reduced teenage pregnancies of non-targeted, older siblings, highlighting the spillover potential of smartphones within households. In partnership with Curious Learning, DIME is now studying if this approach also works for smartphone owners already connected to the internet, with a focus on poor households. This scalable approach could potentially be very cost-effective. The trial’s formative research shows that it costs less than five US cents for parents in Nairobi’s poorest neighborhoods to download the literacy apps, with the cost being even lower for non-targeted campaigns.

As another example, SkillCraft is a skills profiling app designed for unemployed youth to find a job that was developed by the World Bank’s Mind, Behavior, and Development unit (known as eMBeD) with the Bank’s social protection and job teams. The app helps youth track their skills and career interests, identify skill gaps, facilitate access to free upskilling programs, and provides recommendations when applying for jobs. A pilot experiment finds that this app increased youths’ intent to apply to more jobs and hours spent on job searching.

Social media campaigns can granularly target subpopulations with persuasive social and behavior change communications. A research team composed by eMBeD, the World Bank’s Development Impact Evaluation group (known as DIME), and Facebook Health are testing a “real-world” social media campaign aimed at malaria prevention in India. Preliminary findings suggest that behaviorally-informed ads were effective in increasing the use of mosquito nets among those exposed in a controlled experiment, however, in a country-wide campaign this positive evidence was only found for those living in homes made from concrete or brick, emphasizing the need for intentional targeting to reach vulnerable populations in large-scale campaigns.

The road to scale

1. Supply-side constraints need to be addressed to connect today’s offline populations, such as making broadband and solar technologies available in rural settings. On the other hand, marketing campaigns have shown to increase demand for complementary technologies, such as solar lamps in rural Senegal.

2. Innovative SBCC greatly remain restricted to public health messaging. To increase demand for broadband services and smartphones, more engaging apps need to be made available. ThemEducation Alliance, which through innovative partnerships and competitions has expanded the global supply of literacy and numeracy apps and videos, is a leading example.

3. Free and high-impact apps in children’s mother tongue can complement formal schooling efforts at global scale. For instance, Feed The Monster and Global Digital Library (content shown to work in the northern Nigeria trial) work in the vast majority of Android devices and have respectively been translated to 50+ and 80+ languages.

4. Development partners need to support open-source and open-license content and the development of content which is as “universal” as possible. Country adaptations and complementary campaigns can happen in a second stage.

In summary, COVID-19 has disrupted human capital gains in developing countries. The evidence base of mobile-based solutions remains scarce for both online and offline populations. To maximize their development impact, testing such interventions and other scalable innovations needs to continue.

This article was originally published on the World Bank‘s website. 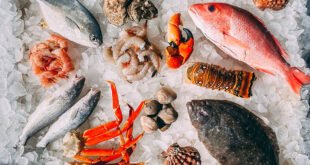 Fish and seafood as a food source are often overlooked for environmental reasons. However, new …