The Chase for the Literature Nobel Prize Crown

This year’s laureate Abdulrazak Gurnah is only the fifth African being awarded the Nobel Prize in Literature. According to the jury, the Tanzanian novelist received the prize “for his uncompromising and compassionate penetration of the effects of colonialism and the fate of the refugee in the gulf between cultures and continents”. While Gurnah’s win might be a start in addressing criticism of the laureate selection being too lopsided in favor of European men, African countries still fall far behind the places with the most winners as our chart indicates.

Leading the list is France with 15 Literature Nobel Prize laureates, closely followed by the U.S. and the UK with 13 and 12 recipients, respectively. Interestingly, France would have had the best chance out of all countries to add another laureate according to data from the sports betting company Ladbrokes, with the odds for a win of French memoirist Annie Ernaux being nine to one on Monday evening. The last French author to win the Nobel Prize in Literature was Patrick Modiano in 2014, while Japanese-born British novelist Kazuo Ishiguro received the award in 2017 and U.S. writer Louise Glück was last year’s laureate.

Founded in 1901, the Nobel Prize in Literature is not only a very prestigious, but also a lucrative award. In 2020, the winner was awarded 10 million Swedish kronas or $1.1 million. The institution responsible for choosing the laureates is the Swedish Academy founded in 1786. Its 18 members are elected for life and comprise the highest authority on the Swedish language. The prize is not without controversy though: In 2019 for example, Austrian writer Peter Handke taking home the prize caused a major uproar due to his stance on the Yugoslav Wars and his denial of Bosnian genocide. 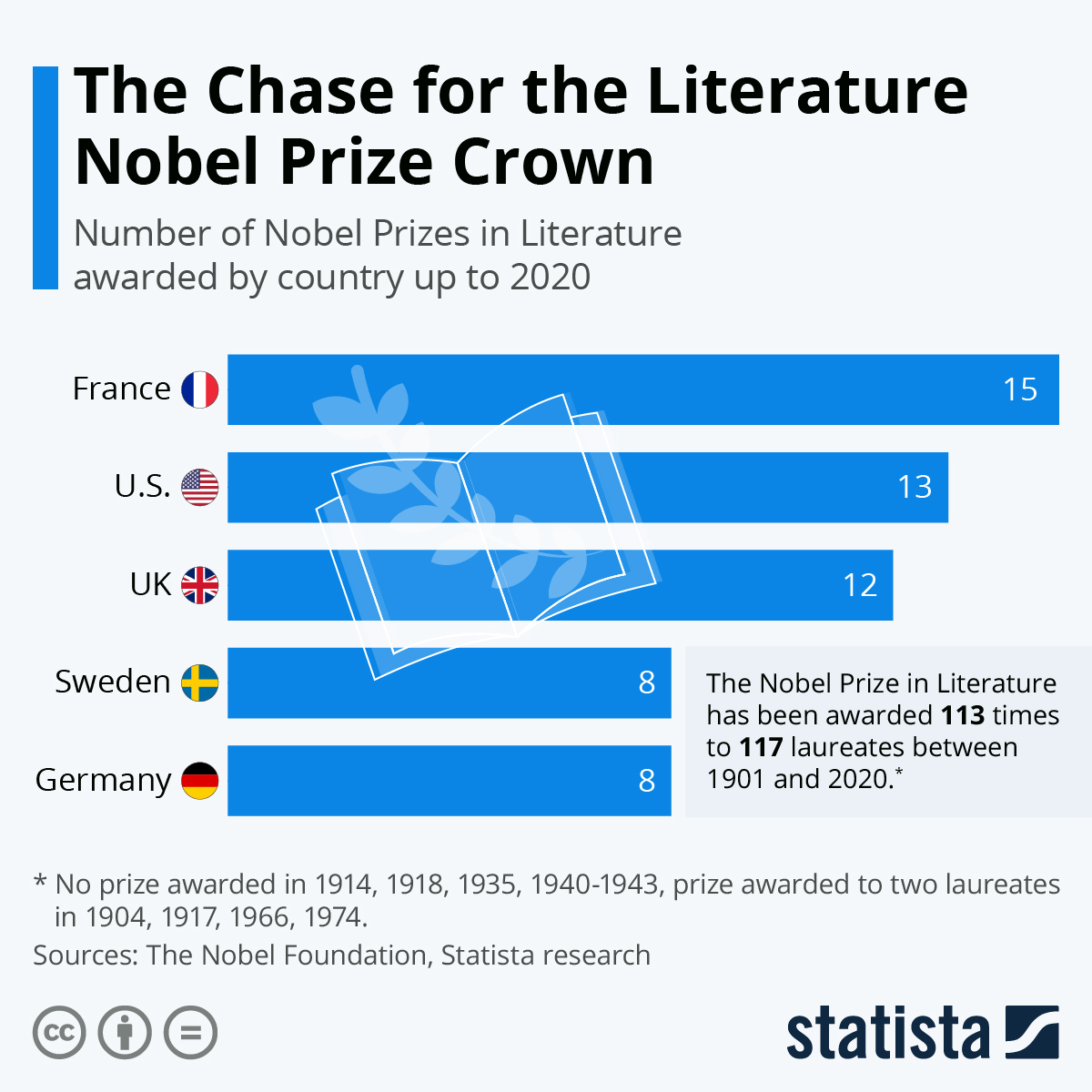