The 13 biggest shipping markets in the world were responsible for 131 billion posted packages in 2020, an increase of 27 percent compared to the previous year. Even though the Pitney Bowes Parcel Shipping Index has been predicting a continuous growth of parcel volume for years, the sudden jump from 103 to 131 billion shipped parcels is most likely attributable to the effects of the coronavirus pandemic. Which country posted the most packages comes as no surprise though.

As our chart shows, China shipped 83.4 billion packages in 2020 alone. The U.S. and Japan lagged considerably behind with about 20 billion and 9 billion parcels, respectively. Even though the gap between the United States and China in sheer parcel volume remains large, the U.S. leads the pack in another relevant segment. With a revenue of $171 billion generated through shipping services in 2020, the country manages to come in first before China and Japan.

The rise of e-commerce platforms like Alibaba has been one of the key factors in the development of the courier, express and parcel (CEP) sector even before the boost afforded by COVID-19. In the United States alone, revenue increased by nearly $70 billion over the last four years, while the total CEP industry generated an estimated worldwide revenue of $397 billion in 2019. 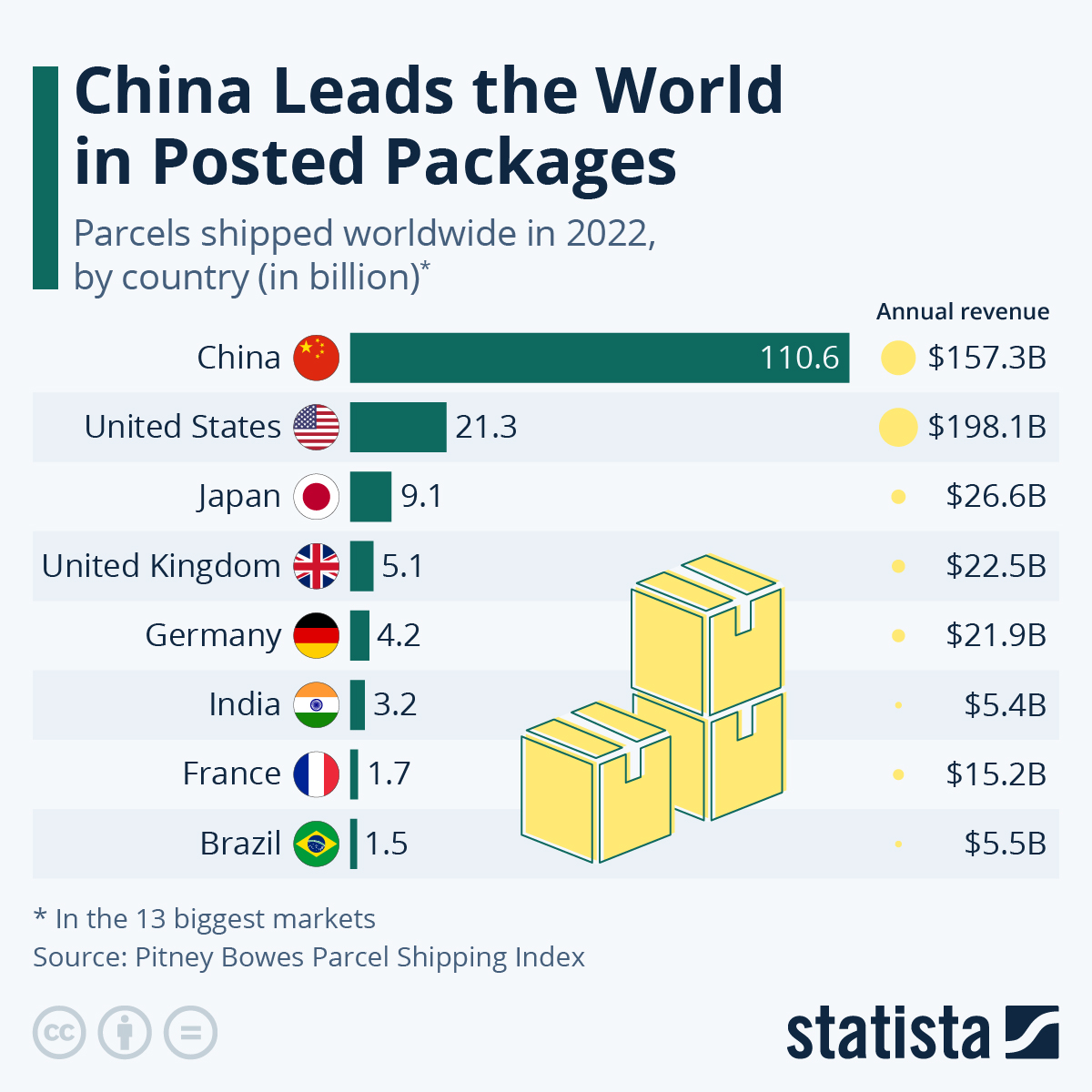