PAGE 3 weeks ago In The News 16 Views

Bahraini authorities have authorised the use of a booster dose of the Sputnik V COVID-19 vaccine, the first time the Russian shot has been approved for a third dose, the state-run Bahrain News Agency said on Saturday.

The booster shot was approved for use among all over-18s at least six months after receiving their second dose of the Sputnik V vaccine, the news agency reported.

Dubai corporate sector will be major beneficiary of cloud infrastructure development by Amazon Web Services (AWS) and it will boost trade and investment as well as attract global talent into the country, experts say.

Amazon Web Services, which is expected to launch its cloud infrastructure in the UAE in the first half of next year, will not only benefit the organisations in the region but also expedite progress on future-ready projects of Dubai and the UAE. It already has a cluster of data centres in Bahrain and edge locations in the UAE.

Investments in Bahraini, Saudi and UAE Fintech scene picking up

Global professional services firm KPMG has released its mid-year analysis of the deals landscape in the fintech scene. A round-up of the report’s findings for three key Middle East markets.

Worldwide, investments in fintech (the abbreviation for financial technology) saw a remarkable rebound in the first half of 2021, jumping to $98 billion from $87 billion in the second half of 2020. Dry powder cash reserves, Covid-19-induced digital acceleration, increasing diversification in hubs and subsectors, and robust economic activity contributed to the record start to 2021, ” explained the KPMG report.

The Americas accounted for $51.4 billion of fintech investment in the first two quarters of 2021, followed by the Europe, Middle East and Africa (EMEA) region at $39.1 billion.

French energy giant TotalEnergies has signed a $27-billion contract to invest in oil, gas and solar energy production in Iraq, the country’s oil minister said Sunday. The announcement of the deal, supposed in part to reduce Iraq’s reliance on fossil fuels, came as minister Ihsan Ismail signed the contract at a Baghdad ceremony with TotalEnergies chief Patrick Pouyanne.

TotalEnergies has not directly confirmed to source the value of the contract. “This is the largest investment in Iraq by a Western company,” Ismail said. “Implementing these projects is the challenge we face now.” Iraq has immense reserves of oil and gas.

But despite being the number two producer in the Organization of the Petroleum Exporting Countries, it is experiencing an acute energy crisis and chronic blackouts that fuel social discontent. Officials justify the lack of investment and the dilapidated state of its energy network by citing falling oil prices, which represent more than 90 percent of state revenue.

The United Arab Emirates announced on Sunday a major plan to stimulate its economy and liberalize stringent residency rules for foreigners, as the country seeks to overhaul its finances and attract visitors and investment. The nation’s plan to lure foreign talent over the next decades reflects an emerging contrast with the other sheikhdoms of the Arabian Gulf that are growing increasingly protectionist as they try to diversify their oil-bound economies. Now marking its 50th anniversary, the UAE is seeking to accelerate its economic and social reforms to rebrand for a post-pandemic future.

Portraying the country as a liberal, bustling trade and finance hub, the government promised to pour $13.6 billion into the economy in the next year and $150 billion by 2030. Specific projects have yet to be announced, but $1.36 billion has been earmarked for Emirates Development Bank to support the industrial sector.

Saudi and Omani businessmen are considering setting up a joint venture specialized in petrochemical and chemicals, Argaam cited a report carried by Oman News Agency.

The visit comes as talks have been held for plans to activate the Qatar-Saudi Joint Business Council, according to Qatar Chamber Chairman Sheikh Khalifa bin Jassim al-Thani, who recently met with Saudi ambassador to Qatar Prince Mansour bin Khalid bin Farhan in Doha.

The business meeting also discussed the need to invite council members to meet “as soon as possible” and discuss ways to initiate the momentum of trade and investment relations between Qatari and Saudi businessmen. 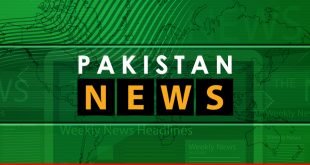 Pakistan, Afghanistan to trade in PKR Pakistan may trade with Afghanistan in rupee, a move …