The Emerging eSports Markets of Europe

Even though video games have become one of the most lucrative industries worldwide, eSports are still considered far removed from “real” sports, even though events like world championships in popular games like League of Legends, DotA 2 or StarCraft II regularly sell out huge arenas and athletes follow similarly strict training regimes to improve at their craft. While the general populace may be skeptical, gamers in key European markets are starting to take more and more notice of the appeal of virtual competitions as our chart shows.

Overall, eSports viewership in Europe has risen by by 6 million in 2020 compared to 2019, a change of 7.4 percent. As data from a joint survey by PayPal and Newzoo in key European markets indicates, these numbers will likely climb even further in the future. 59 percent of total respondents said they were watching more eSports than in 2019 and will likely continue to do so in the coming years. The market breakdown however shows huge differences between countries. In the Nordics, less than half of the participants viewed more eSports content than before, with Norway coming in last at 25 percent. 70 percent of Spanish viewers, on the other hand, said their watch time of their favorite teams duking it out on the virtual stage increased when compared to 2019.

In 2021, the global eSports market was valued at approximately 1.1 billion US dollars worldwide. Even though the numbers have steadily increased over the last years, it still only makes up a fraction of the overall global video game market, which was tentatively valued at about 180 billion US dollars this year. 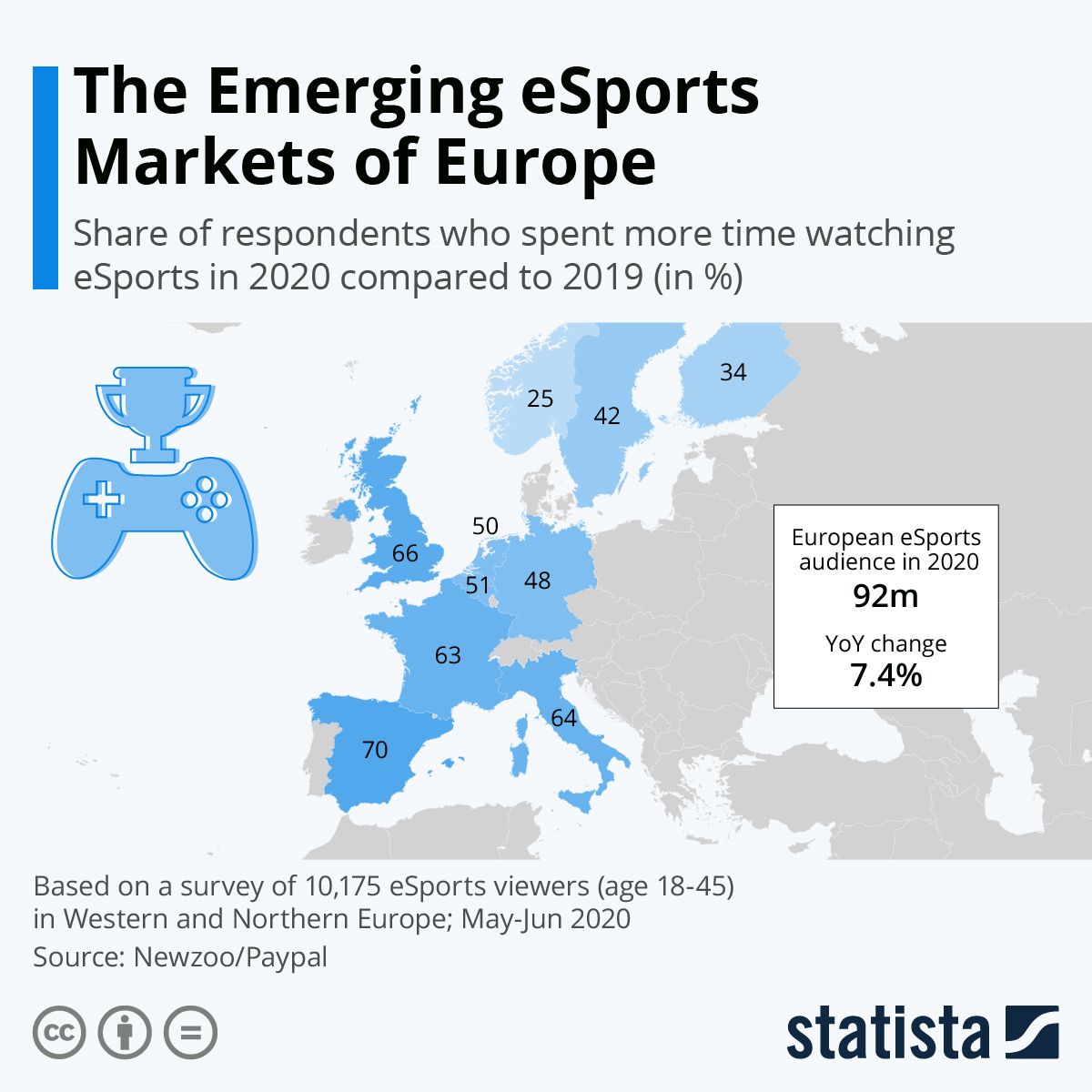