The Blood Type Distribution Around The World

As we’ve learned in one of our previous charts, many people do not know their blood type or that of their close family. Even less know how compatible their type is with others if it were to come to an emergency and they’d need a blood donation.

In fact, not all humans have the “same” blood and the distribution of these types varies according to the genetic characteristics of populations. Globally, the most common is group O whereas the rarest is group AB.

According to the site rhesusnegative.net, the most common groups in the United States are O and A (44% and 42%), while groups B and AB only represent 10% and 4% of the population respectively. The indigenous people of South America are overwhelmingly group O, which is particularly visible when looking at the figures in Peru (71.4% of individuals). As for blood group B, it is very common in India (40%) and generally quite common in South Asian countries, such as Vietnam for example (31%). 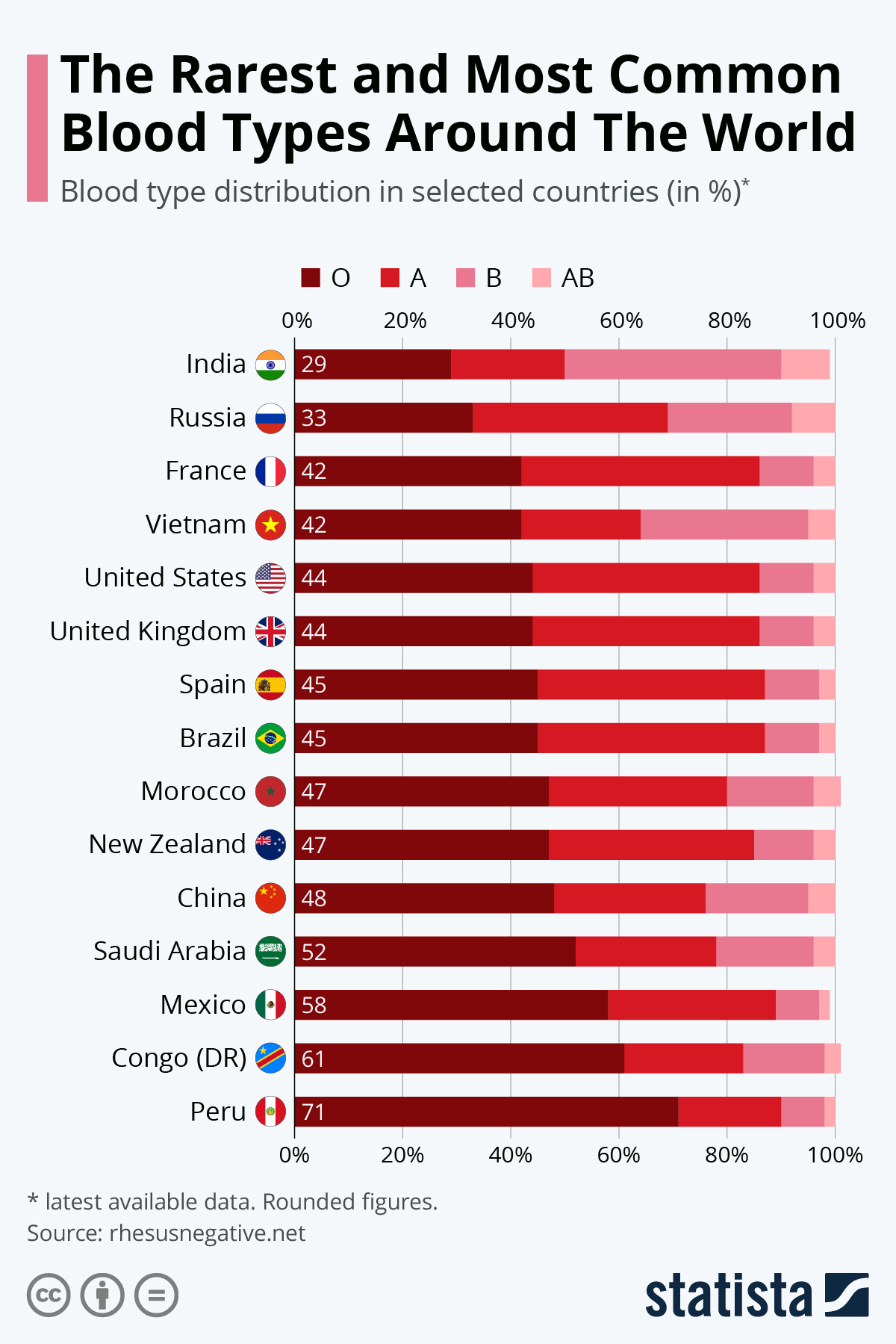