Home / Infographics / Where the Rich Park Their Money

Switzerland is still the prime destination for private offshore wealth worldwide. According to the Boston Consulting Group, foreign private wealth parked in the alpine republic reached 2.4 trillion dollars in 2019 – a quarter of the global total. The biggest growth, however, was expected in Hong Kong and Singapore – the top 2 and 3 on the list – due to wealth created in Mainland China.

Private offshore wealth – or cross-border wealth – also accumulated in tax-friendly entities like the UK’s Channel Islands and Isle of Man as well as the United Arab Emirates and Luxembourg. The U.S. and the UK appeared in ranks 4 and 8.

While China’s growing influence in Hong Kong and the related protest movement did not have a major influence on offshore wealth development in the territory, the development might cause local investors to increasingly favor Singapore in the future, according to BCG. 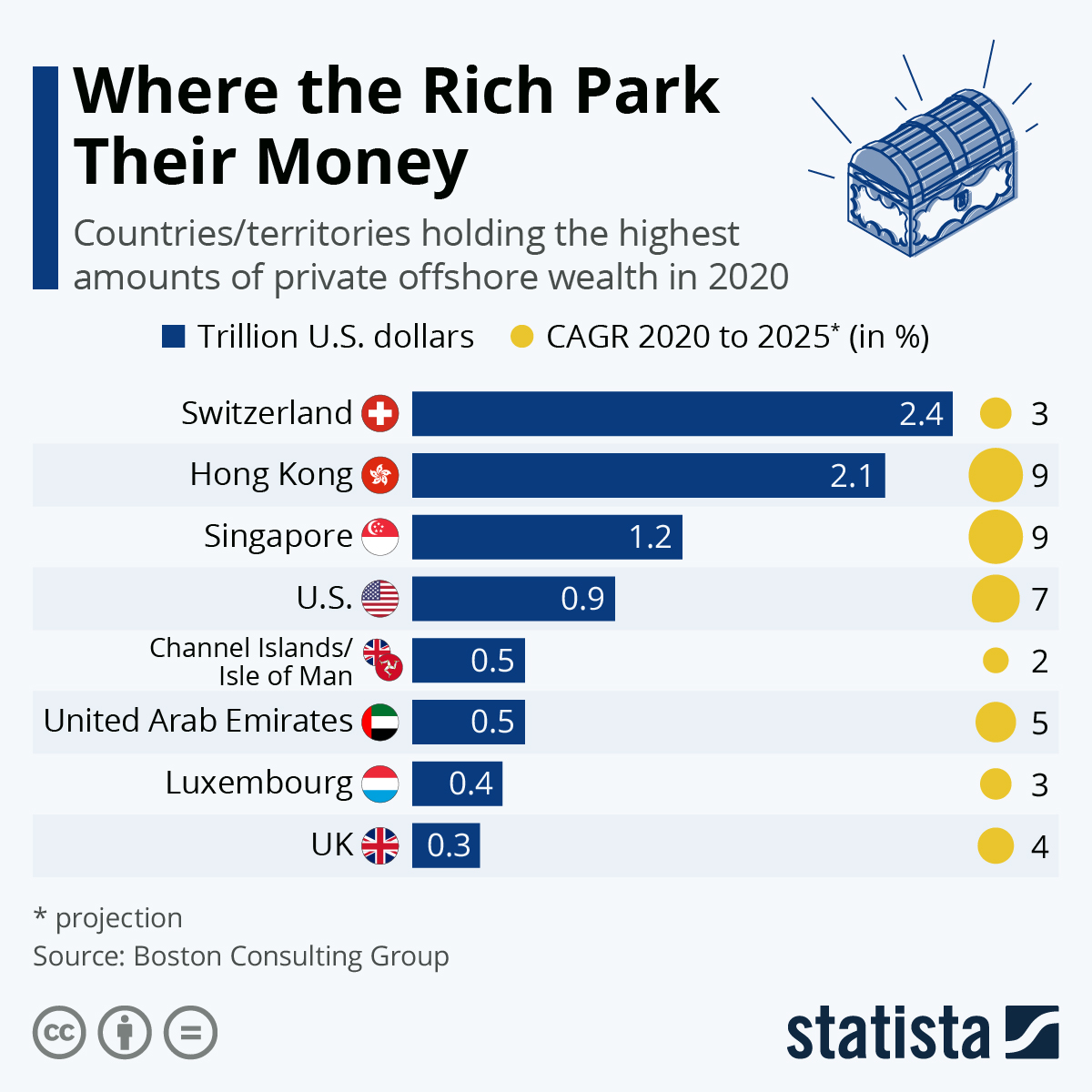