Home / Infographics / The Oceans Suffering Most From Illegal Fishing

The Oceans Suffering Most From Illegal Fishing

The Asian Pacific and the Atlantic off the coast of West Africa are are the places where illegal fishing is causing the biggest revenue losses for local economies. Fish caught illegally and traded is estimated to account for annual gross revenue losses of up to $6.7 billion on the Asian continent, according to a research paper by Sumaila et al. published in 2020 in the scientific journal Science Advances. Assuming that 50 to 80 percent of illicit commercial catch and 10 to 30 percent of illicit artisanal catch is traded, up to $3.4 billion is lost every year in the Western Central Pacific (incl. the South China Sea), while up to $2.0 billion vanishes annually in Northeast Asia and up to $1.5 billion of revenue goes missing in the Eastern Indian Ocean every year.

The Central Eastern Atlantic, off the coast of West Africa, counts losses of up to $4.3 billion every year. While this was the highest regional result, the hotspot of illegal fishing makes up the majority of all gross revenue losses on the African continent, which the study puts at up to $5.0 billion.

The paper concludes that its findings are in line with earlier reports that found substantial impacts of illegal fishing in Asia, including food insecurity, job loss and income loss for local fishers and economies. While the paper does not go into detail about who the illicit actors are, China leads the world in illegal fishing.

The country is estimated to have anywhere between 200,000 and 800,000 fishing boats that have gone a long way in depleting domestic supply and are now known to branch out into other waters where they expect weak enforcement of sovereignty rights. Most prominently, Chinese illegal fisheries have established a presence in Northeast Asia and the South China Sea, where they serve a secondary purpose of becoming an actor in the attempted seizure of the area for the Chinese. But Chinese illicit fishing boats have travelled as far as West Africa and Latin America, playing a major role in the high losses to illicit fishing there. 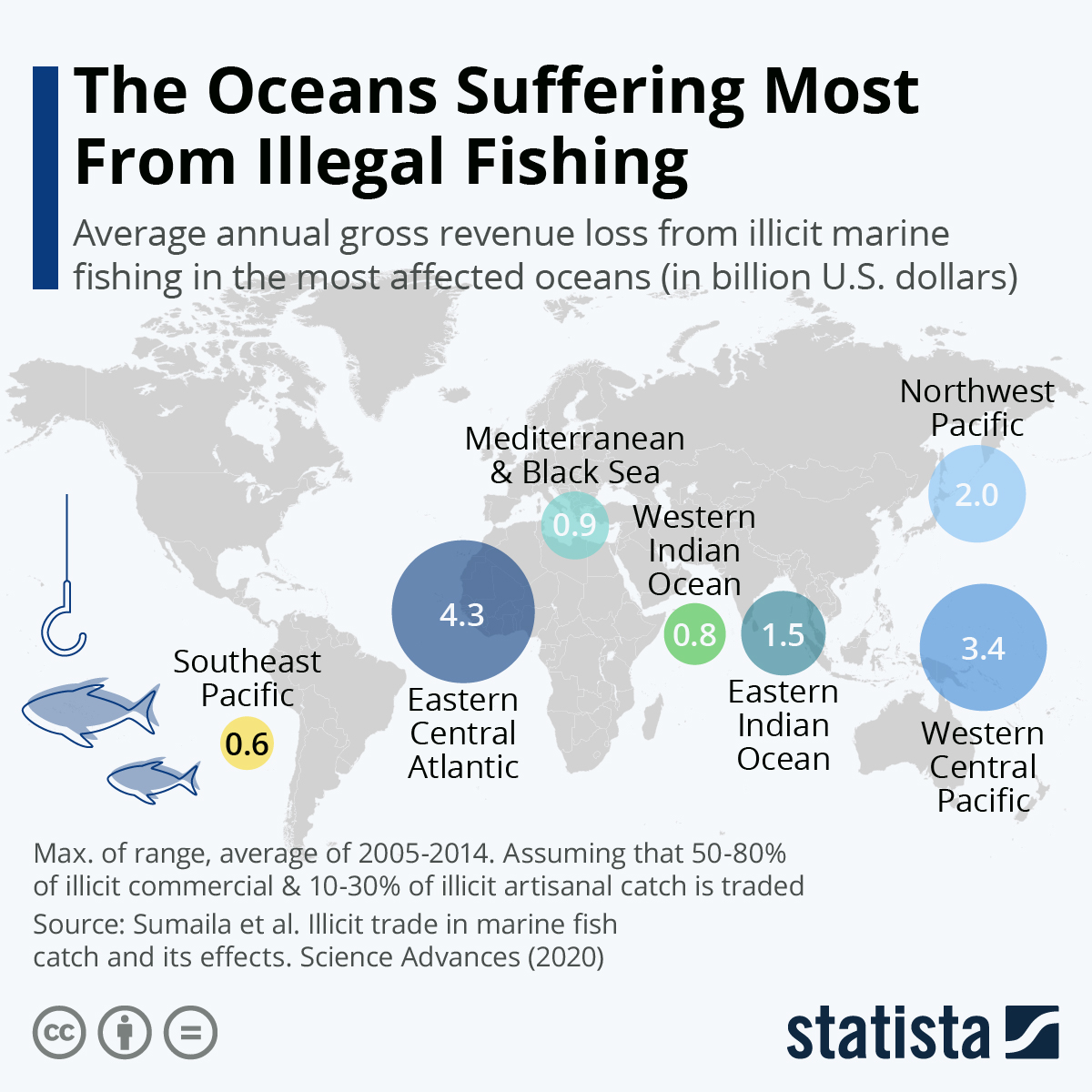 Previous Rebuilding after COVID: The challenge is digital
Next Where The EU Imports Its Bicycles From