According to SIPRI data, China has increased its military expenditure by almost 800 percent since 1992. At around US$245 billion in 2020, The Chinese spent significantly more than the Russians (around US$67 billion), but their spending was still well below that of the U.S. (around US$767 billion).

Still, the Chinese spending spree has had some consequences. The country’s military prowess was a reason for U.S. President Trump to terminate the INF treaty with Russia in 2019. China was not a contracting party in the INF, but given Russia’s proximity to China, Chinese medium-range nuclear missiles have contributed to a strategic disadvantage for the USA. Trump was therefore striving for a trilateral agreement with both China and Russia, but China has said it was unwilling to join such an initiative.

The agreement on Intermediate Range Nuclear Forces (INF) was signed in the 1980s between the USA and the USSR for disarmament purposes. It detailed that both sides must dismantle land-based ballistic missiles and cruise missiles with ranges between 310 and 3,420 miles.

No new advance has been for an INF reprise under Biden, but the U.S. and Russia did renew the START treaty for nuclear disarmament for another five years in early 2021. 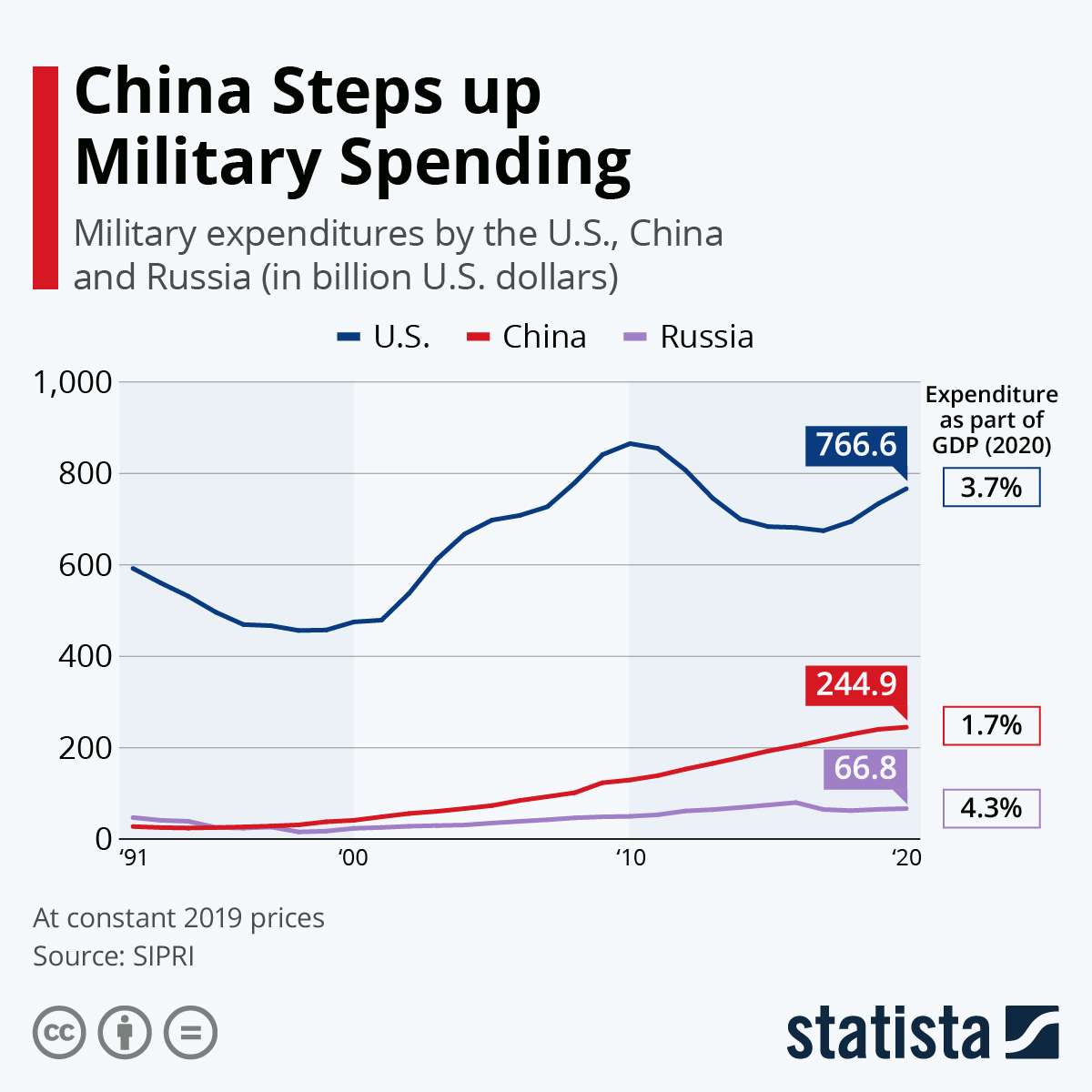