Australia is the second-largest exporter of coal in the world and shipped almost 400 million tons out of the country in 2019. This number is only beat by the world’s largest coal exporter, Indonesia, which was responsible for the export of more than 450 million tons that year. Other major exporters are Russia, the U.S., South Africa and Colombia.

Like in the case of Australia, countries which extract more coal than they need to turn it into cash through exports have recently faced heightened scrutiny about their outsized contribution to climate change. During the 2020 bushfires, the Australian government was criticized for the large-scale extraction of coal and other fossil fuels in the country. Scientists and environmental activists connected the fires to climate change: Australia was at the time experiencing the driest summer since the beginning of weather records. 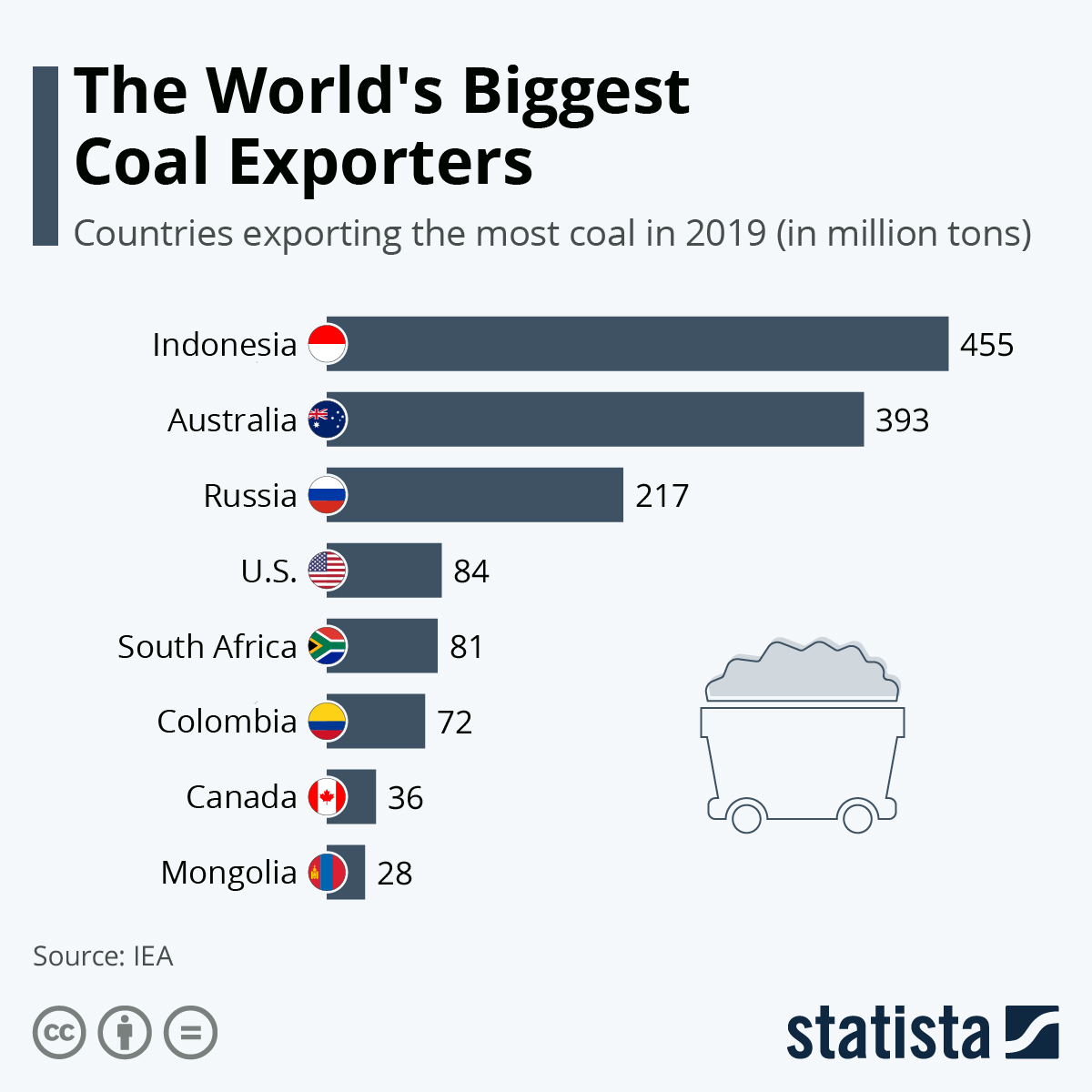