Home / Infographics / The Biggest Oil and Gas Companies in the World

The Biggest Oil and Gas Companies in the World

PetroChina and Sinopec Group lead the list of the world’s biggest oil and gas companies of 2020 with revenues between $270 billion and $280 billion, ahead of Saudi Aramco and BP. The two Chinese companies benefited from their country’s successful containment of the coronavirus pandemic, but despite of them outperforming global peers, their 2020 revenues are still between 25 and 35 percent lower than those of 2019.

According to the Forbes Global 2000, oil and gas company dollar sales suffered in 2020. Royal Dutch Shell’s revenue more than halved. U.S. company Exxon Mobil, which ranked sixth, saw its 2020 revenue cut by 35 percent, while Chevron’s sale were 40 percent lower than in 2019. Russian company Gazprom came in rank 9 in 2020, while Rosneft did not make the top 10 last year, having been kicked out by Ohio-based Marathon Petroleum.

While three-digit sales in the billions are not uncommon in the oil and gas industry even in a crisis situation, revenues in the sector are known to fluctuate majorly in reaction to the price of crude oil on the world market. Sinopec, for example, has therefore integrated both energy and chemicals businesses into its operations.

Saudi Arabian oil company Saudi Aramco was a newcomer to the list in 2018. The oil company, which continues to be primarily state-controlled, published financial figures for the first time that year in preparation for its public listing, which eventually went ahead in December 2019. Previously, Saudi Aramco’s accounts had remained mostly secret since the company was nationalized in the 1970s. 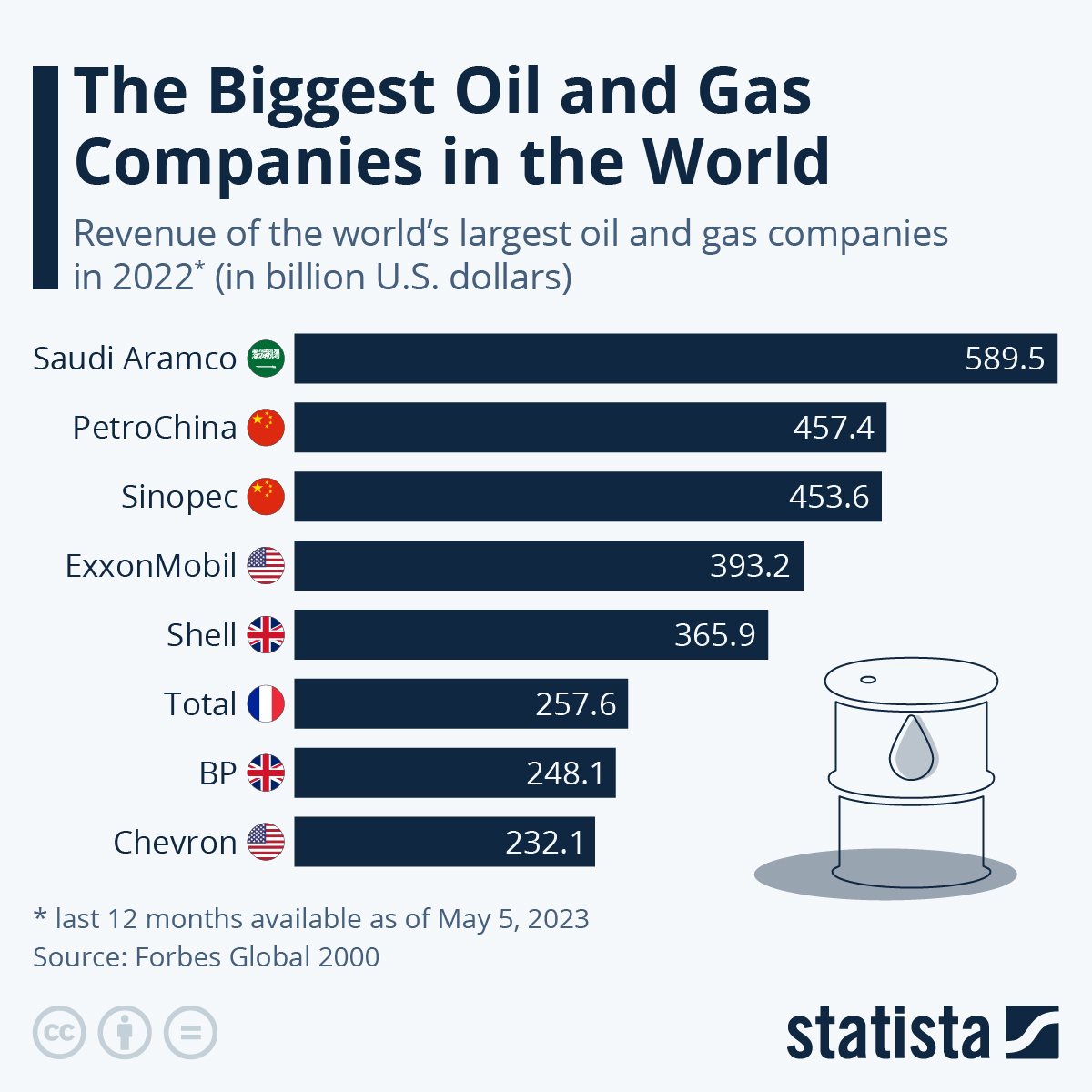