Home / General Interest / Ending harmful fisheries subsidies would improve the health of our ocean. This is why

Ending harmful fisheries subsidies would improve the health of our ocean. This is why

Most subsidies wind up encouraging overfishing in coastal waters and on the high seas, harming the local fisheries industry they are supposed to support. - Image: Unsplash

This article is part of the Virtual Ocean Dialogues

More than one-third of all fish stocks are fished at unsustainable levels, degrading biodiversity, and devastating the future of fisheries and fishermen. Despite this, many governments around the world continue to spend taxpayer money to encourage overfishing, through fisheries subsidies that contribute to overcapacity and destructive fishing practices.

Attempts to eliminate this ‘tragedy of the commons’ started two decades ago when it was put on the agenda of the World Trade Organization (WTO). A critical milestone in this course was in 2015, when world leaders recognized the damage that harmful subsidies were causing to fish stocks and the marine environment, and adopted the United Nations Sustainable Development Goals (SDGs) – a blueprint to achieve a better and more sustainable future for all. SDG Target 14.6 tasked governments with reaching agreement at the WTO to eliminate harmful subsidies by 2020. This task is now overdue.

Why is it proving so difficult?

I have an answer based on my own experience as a European Marine Commissioner, a role I carried out between 2010-2014. In the framework of introducing a new, sustainable Common European Fisheries Policy, I tabled a proposal to eliminate all harmful fisheries subsidies from the European budget. The proposal faced fierce objections from the fisheries sector, represented mainly by the owners of large industrial vessels. Their arguments were based mostly around the supposedly unfair competition by the fisheries industry outside the EU. To cut a long story short, the proposal was adopted thanks to the support of many ocean lovers. But even though EU funds cannot support overfishing, national budgets still do.

Here a clarification is needed: It is true that all subsidies are not harmful. If, for example, public money supports more selective gears or greener fishing methods, you can keep both fishermen and ocean advocates happy. It is also true that small vessels without towing gears can fish in a more sustainable way and support local communities. But it is also absolutely true that most of the public money, spent via subsidies, ends up encouraging overfishing in coastal waters and on the high seas, ultimately harming the fisheries industry that they are supposed to support.

Subsidies paid to the global fishing industry amount to around $35 billion per year, of which $20 billion is given in forms that enhance the capacity of large fishing fleets, such as fuel subsidies and tax exemption programmes, according to the European Parliament’s Committee on Fisheries. The latest OECD review of fisheries was also critical of current subsidies practice and warned that current fisheries policies continue to contribute to overexploitation. Most scientific surveys indicate that China, the EU, the US, Republic of Korea, Thailand and Japan are the biggest spenders. Most of these surveys also show that more than 60% of this spending meets the WTO definition of harmful subsidies: they increase the fishing capacity of vessels to catch more and more fish, when a lot of the targeted fish stocks are below sustainable levels.

Why did the WTO miss its deadline?

A lot of time has been spent involved in arguments surrounding the possible exemptions for developing and least-developing countries (for whom, where, when and for how long?), exemptions of subsidies for unclear “scientific and research fisheries”, and in endless discussions concerning disputed maritime areas. In 2020, not only the COVID-19 pandemic but also the delay in appointing a new WTO Director-General (blocked by the Trump Administration in the US) wasted valuable months.

The good news is that the WTO now has a strong new leader, Dr Ngozi Okonjo-Iweala, a Nigerian woman who took office on 1 March 2021. Dr Okonjo-Iweala said in her maiden speech in the job that she wants the WTO to reach an agreement on fisheries subsidies this year. She has wasted little time and is now set to host a special WTO ministerial conference on fisheries subsidies on 15 July 2021.

Why has it taken so long?

The 164 members of the WTO adopt their decisions by consensus, and have different interpretations of their obligations under the multilateral trade rules and under the Sustainable Development Goals.

Some, like the EU, would like to be able to maintain fuel subsidies and tax rebates to maintain the economic performance of their long-distance and high-seas fleets. But others object that this could affect the environmental integrity of the agreement.

Everyone agrees that developing and least-developed WTO members should be entitled to special and differential treatment, but at what cost? Should a WTO member like the People’s Republic of China be considered a developing economy in the context of fisheries, even if their fleet catches one-third of the world fisheries production? Wouldn’t this empty the agreement of its substance?

And India says that it cannot eliminate subsidies to illegal, unreported and unregulated fisheries because they have thousands of small-scale artisanal fishers they can’t control. A grace period in line with special and differential treatment principle is one thing, but an open-ended blank cheque is altogether different – especially when it is suspected that India wants to subsidise the construction of its own distant-water or high-seas fishing fleet to compete with China’s.

More than 80% of all harmful fisheries subsidies are going to large industrial fleets, depriving small-scale artisanal fishers (who represent 90% of the fishing work force) from access to markets and resources.

Can we still hope?

Yes, we can still hope for a satisfactory outcome and we have good reasons for that. Many organizations around the world are playing their part in informing and motivating citizens on the subject.

A coalition of 180 NGOs are spreading the message #StopFundingOverfishing. The Friends of Ocean Action, hosted by the World Economic Forum, of which I am a proud member, is constantly keeping the elimination of harmful subsidies at the top of the agenda and is planning to flag the issue again at the Virtual Ocean Dialogues, a month and a half before the special WTO ministerial conference of 15 July.

Let’s keep up the effort.

Previous Greening the planet: we can’t just plant trees, we have to restore forests
Next Global trade after COVID-19- From fixed capital to human capital 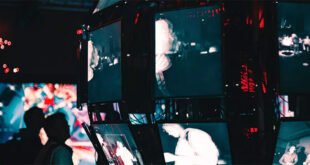 Rebuilding after COVID: The challenge is digital

• The challenges of disruptive technologies must be managed. • Increased digitalization because of the …