What if there was a better way to prepare the soil for crop sowing? GLF Media/Shutterstock

Perhaps because there are no chimney stacks belching smoke, the contribution of the world’s farms to climate change seems somehow remote. But agriculture accounts for a staggering 26% of all greenhouse gas emissions. Tractors running on diesel release carbon dioxide (CO₂) from their exhausts. Fertilisers spread on fields produce nitrous oxide. And cattle generate methane from microbes in their guts.

Even tilling the soil – breaking it up with ploughs and other machinery – exposes carbon buried in the soil to oxygen in the air, allowing microbes to convert it to CO₂. Farmers usually do this before sowing crops, but what if they could avoid this step?

In newly published research from farms across the UK, we discovered that an alternative approach called no-till farming, which does not disturb soils and instead involves placing seeds in drilled holes in the earth, could slash greenhouse gas emissions from crop production by nearly a third and increase how much carbon soils can store. 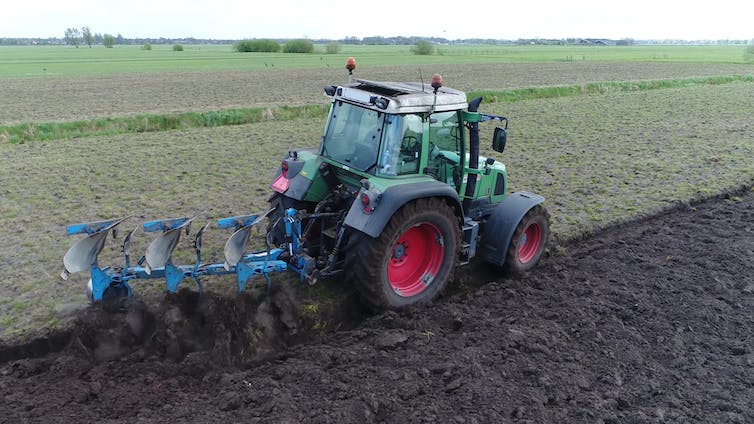 What if there was a better way to prepare the soil for crop sowing?
GLF Media/Shutterstock

The neat rows of raised soil on tilled fields might seem like an inevitable part of farming, but no-till agriculture has already become quite popular in other parts of the world, especially the US.

Only one machine is needed to drill the small seed holes required and it’s driven over the field just once. Compared to conventional methods where farmers use a range of equipment to till, harrow, sow and firm in the seed, the amount of soil disturbed during no-till farming is very small.

Tilling the soil in conventional farming creates large air pockets which fill up with oxygen, prompting microbes to turn carbon in the soil into CO₂. We compared the soil on tilled farms with fields prepared using the no-till approach by scanning them with X-rays – the same technique used in hospitals to examine broken bones.

The fields without tilling had fewer and smaller air pockets, which is why they generated less CO₂. Most of these pockets were created by burrowing earthworms and roots that thrived in the absence of ploughs and other tools disturbing the soil. There was still enough pores to let the soil drain well and allow roots to grow deeper in search of water though – an important additional benefit as droughts become more frequent under climate change.

By keeping excess oxygen out of the soil and away from the microbes that live there, no-till farming ensures the carbon that builds up when plants die and decompose remains buried underground. The farms we studied that used the no-till approach accumulated more carbon in their soil over time, and the longer the soils were left undisturbed, the more carbon was stored.

In our study, we combined measurements of all three greenhouse gases from traditionally tilled soil and fields managed using the no-till approach. We found that the latter produced 30% lower emissions in total, with the greatest reductions seen on farms that had been using no-till for the longest – around 15 years.

Not having to till the soil has other benefits, especially for farmers as there’s less preparation to do. It can dramatically reduce how much diesel farms need to burn, as farmers need less heavy machinery. That amounts to fewer costs overall.

Despite these advantages, farmers in the UK and across Europe have been slow to adopt no-till farming. A recent survey suggested as little as 7% of arable land in England is currently managed this way. When we asked farmers, many claimed the initial cost of buying a direct drilling machine put them off. Some were concerned that making the switch would lead to lower yield compared to their tried and tested methods.

Farms using the no-till method could produce less food at first if seeds struggle to germinate in the harder, less-oxygenated, uncultivated soil. This can be a problem in the early years of no-till farming. But evidence suggests that earthworms and roots can help restore a natural soil structure which reduces these problems over time. One study found no consistent differences in yield over the first ten years after a farm converted to no-till agriculture.

Such a shift is within reach for the agricultural sector in Europe, where the no-till method is still marginal, as the technology has been well-tested elsewere. If governments can incentivise farmers to switch to no-till agriculture, our soils will have a chance to resume their natural function and lock carbon away for decades. 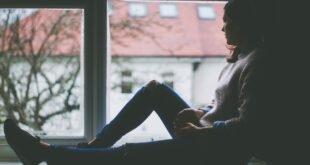