Alibaba Group e-commerce operations are firmly ahead of other Chinese platforms when it comes to global merchandise volumes. Taobao and Tmall’s closest competitor in the domestic market is JD.com, run by JD.com, Inc.

Alibaba went global with its newer site AliExpress, available globally in eleven languages, in 2010. But sales are not really up to par with the Chinese regional platforms Taobao – the original Alibaba C2C marketplace – and Tmall, a B2C third-party seller platform. The platforms have been in existence since 2003 and 2008, respectively.

JD – which is short for Jingdong – has been online since 2004. The company is know in China and internationally for its forays into drone delivery. According to Forbes, JD.com has around 180,000 employees, few compared with Amazon’s almost 800,000. But according to Statista’s Ecommerce DB, its sales were comparable to that of the U.S. e-commerce behemoth, nevertheless.

Another report by the Statista E-commerce DB, Top 100 online marketplaces in 2020, shows that the other top e-commerce marketplaces in China – among the Vip.com, Kaola and Huawei-owned VMall – are considerably smaller compared to the Alibaba shopping empire. 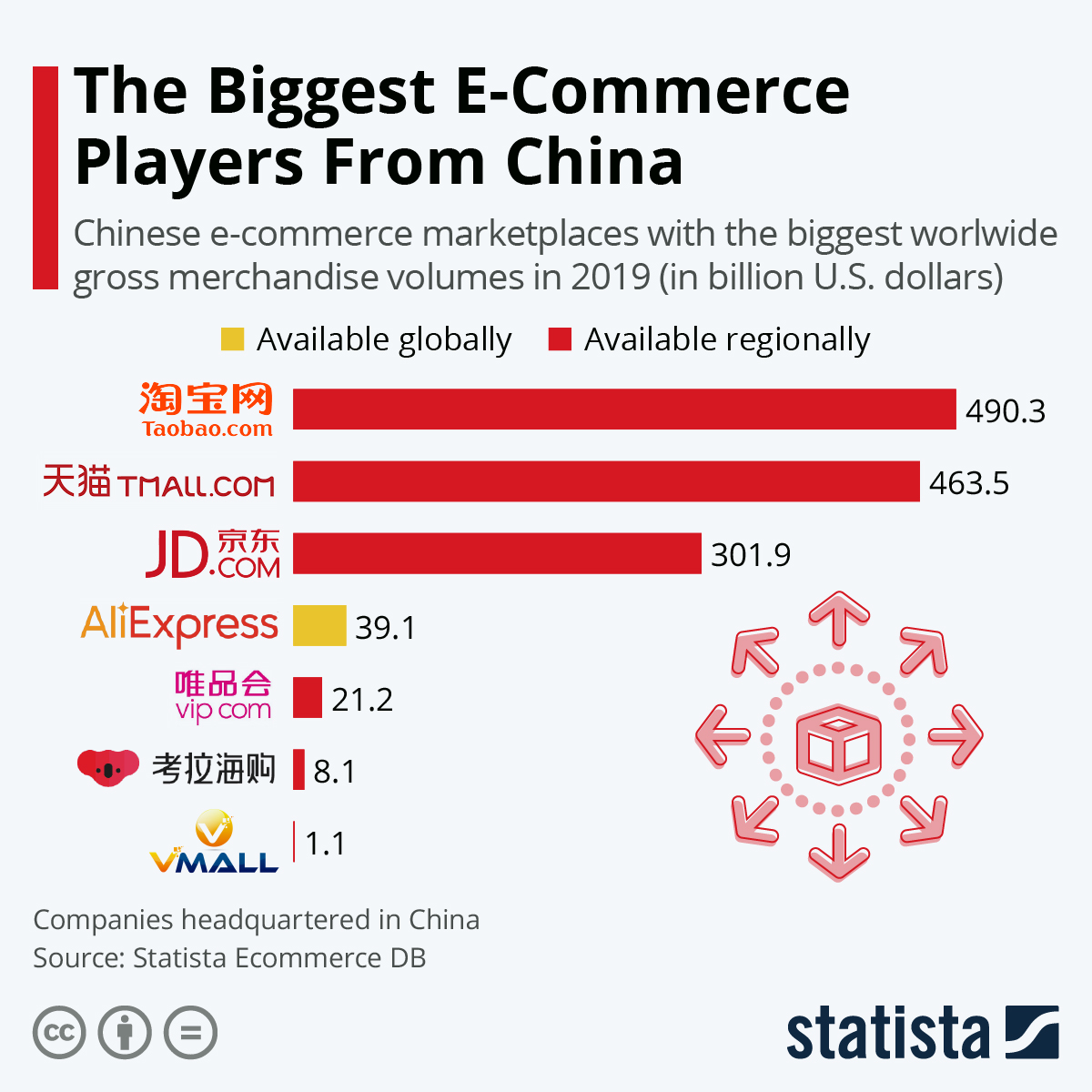 Previous How Long Do Muslims Fast For Ramadan Around the World?
Next Kibor Rates