On Tuesday, Intel’s recently appointed CEO Pat Gelsinger outlined his vision for the company going forward. As part of the company’s “IDM 2.0” strategy, he announced a $20 billion investment in two new factories in Arizona as well as Intel Foundry Services, a new business that will see the company manufacture semiconductors for third parties. According to Gelsinger, the foundry market could be worth $100 billion by 2025 as global demand for semiconductors continues to soar.

Global semiconductor production is currently split between the U.S. and Asia and continues to be a source of tensions in foreign policy powerplay.

Intel holds the biggest semiconductor market share, accounting for 15.6 percent of global revenue. According to data from Gartner, Samsung is Intel’s largest competitor within the industry, holding a market share of around 12.5 percent. Another company from South Korea, SK Hynix, wins third place with the somewhat smaller share of 5.6 percent.

If the planned merger of the Californian companies Qualcomm and Broadcom had taken place in 2018, the joint venture would now be the strongest rival of Samsung and Intel with around seven to eight percent. Back then, President Trump had vetoed the deal citing a threat to national security. At that time, Broadcom’s headquarters were still in Singapore, but the company is now based in San José.

With a new administration in the White House, more semiconductor-related upheaval is on the horizon. Disagreement between China and the U.S. is already heightened after frosty exchanges about the human rights situation in Xinjiang and Hong Kong during Thursday’s meeting in Anchorage. However, the Wall Street Journal Editorial Board notes that Taiwan might end up being the most contentious issue between the two nations due to its semiconductor industry that is of crucial economic interest to the U.S. The island’s biggest producer is Mediatek, the world’s eighths biggest semiconductor manufacturer. 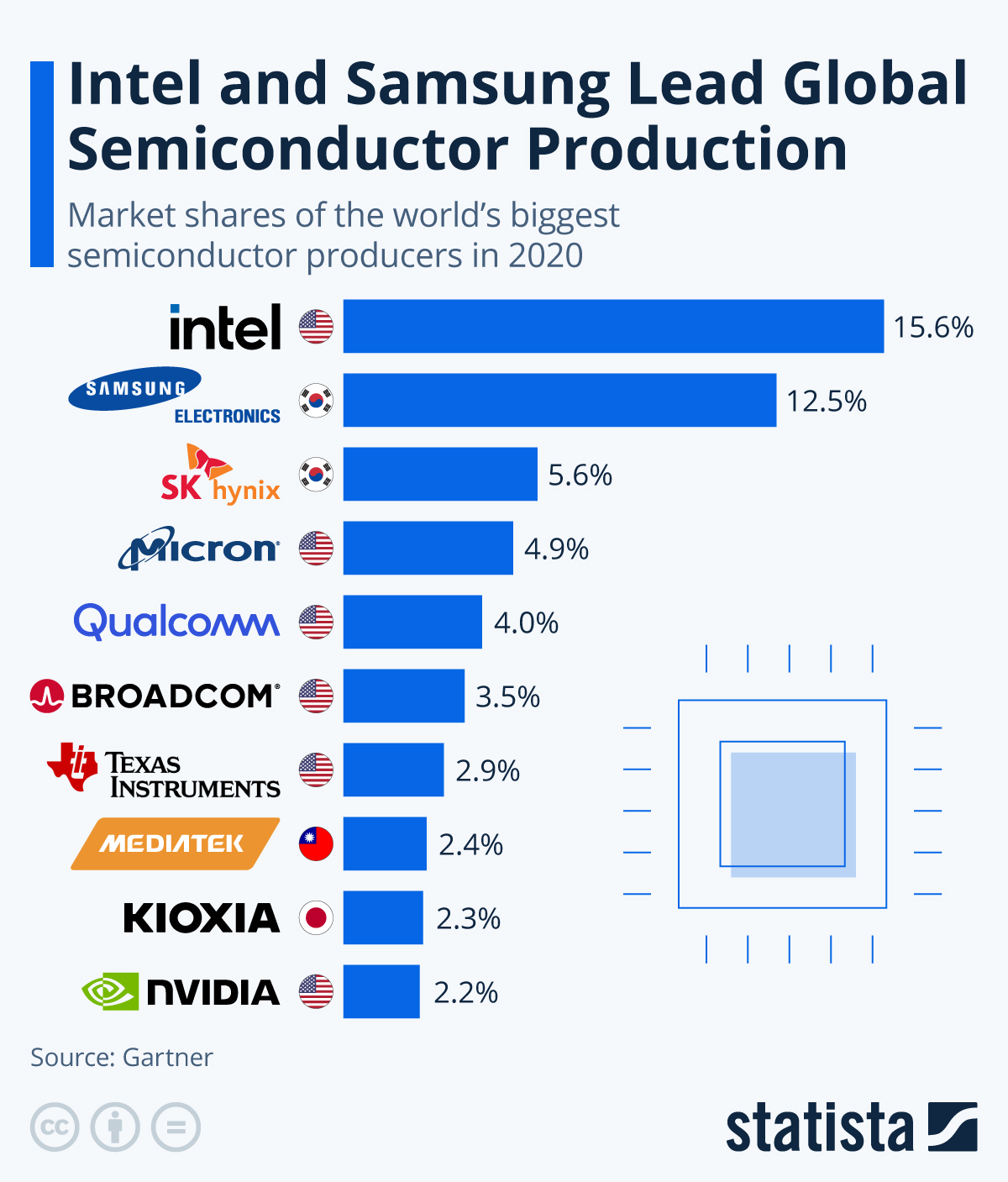