Home / Infographics / How Old Are The Tech Companies?

How Old Are The Tech Companies?

March 21st marks 15 years of Twitter’s existence. The company traces its origins back to March 21, 2006 when Jack Dorsey published his first message on the platform at 9:50 p.m. Pacific Standard Time, which read: “just setting up my twttr”. Despite the anniversary, Twitter is still generally regarded as one of the new tech kids on the block and many other technology companies have been operating for a whole lot longer.

Take IBM for example. It has been around since 1911, an impressive 110 years in business. It may seem hard to believe but Intel has also been around for more than half a century while Microsoft and Apple are both more than four decades old. 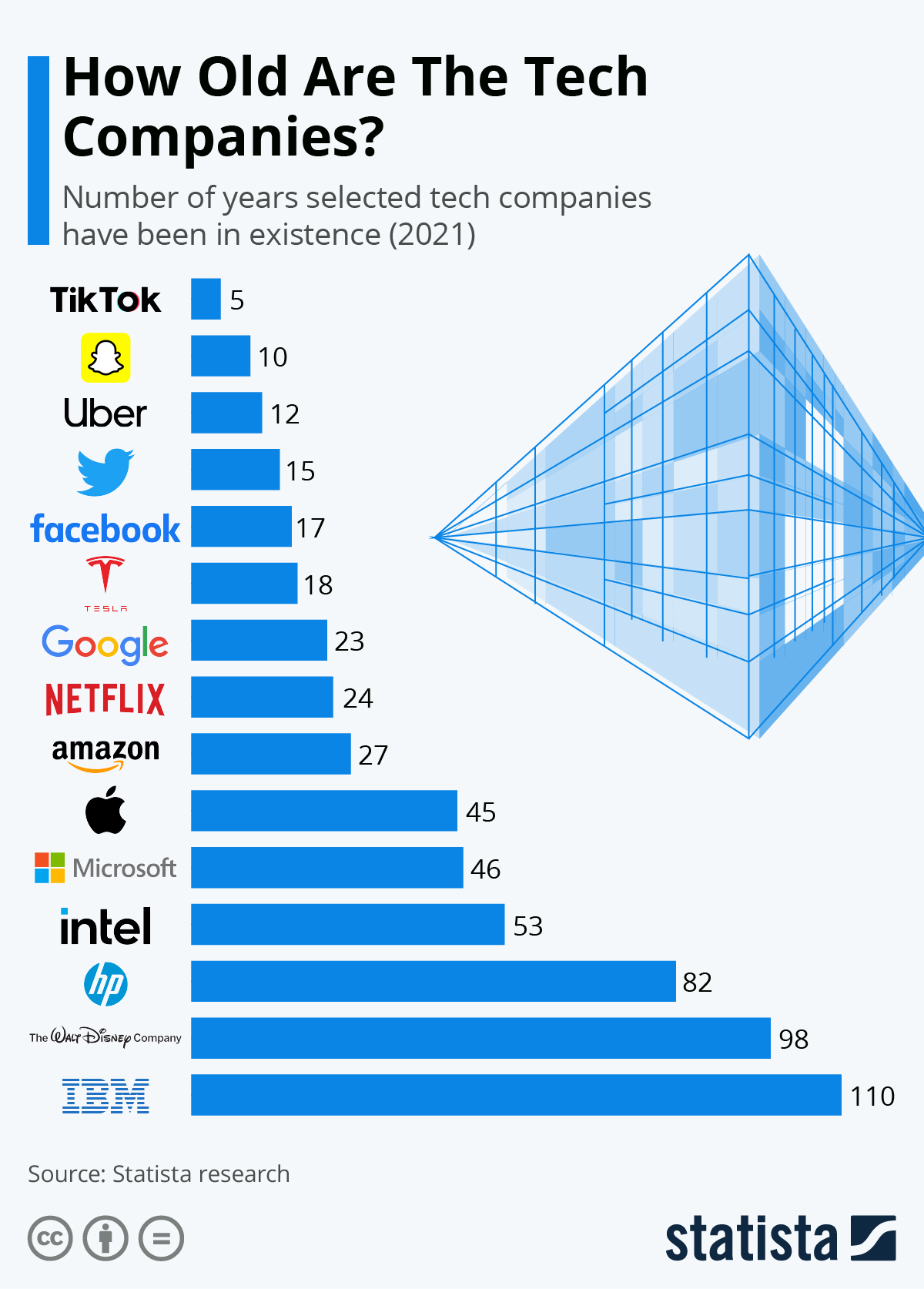 Previous Global technology governance can succeed with the right cooperation
Next Which Countries Change the Clock?