By the end of 2019, there were over half a million electric buses in use around the world. Far from being a global phenomena though, 98 percent of these were located in China. Although the country’s subsidizing of this electric rollout had begun to wind down by 2019, the rest of the world is still a long way behind. As our infographic shows, Europe is the second-largest adopter, but can only boast 4,500 of the vehicles.

China’s charge forward here also occurred at a fairly fast pace. Back in 2015, REN21 figures show that China already had an electric bus stock of 111,000 – compared to Europe’s 130 – but the climb to 505,000 in 2019 represents an increase of 355 percent. China’s ‘head start’ and far superior grand total does somewhat overshadow the speed at which other regions have started to expand their fleets though. 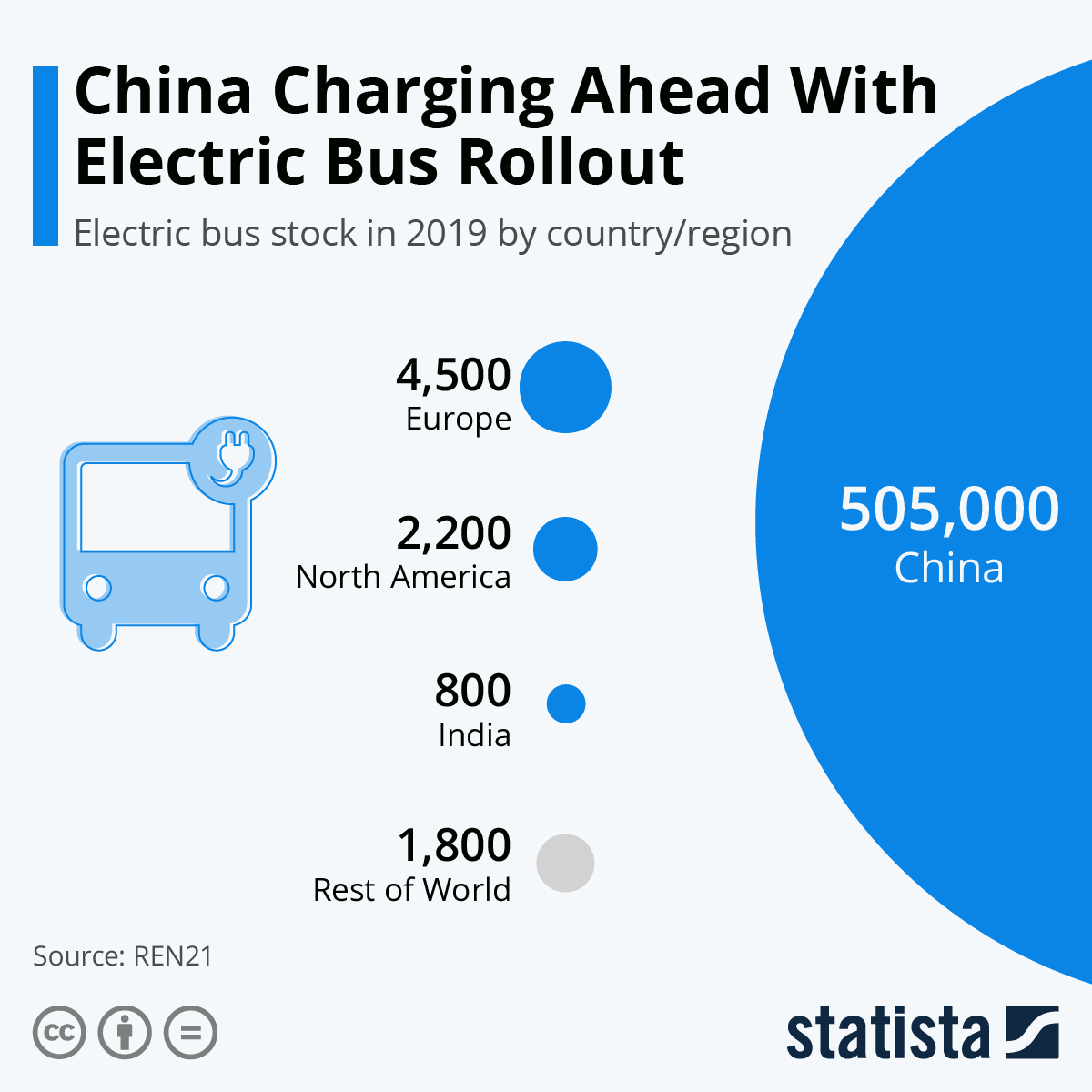 Previous Which Countries Change the Clock?
Next The Covid-19 Vaccination Race