Where Digital Media is Making Strides

According to the Statista Advertising & Media Outlook forecast, 34 percent of global media sales were generated digitally in the past year – five percentage points more than in 2019. The growth in upcoming years is expected to be less steep, however. At an annual growth rate of 2.2 percentage points, digital media is expected to be responsible for 45 percent of all segment sales by 2025.

With a sales share of currently only 27 percent, the media landscape in Europe lags behind when it comes to monetizing online content. Until 2025, that number is expected to rise by only 8 percentage points to 35 percent.

The media segments taken into account for the graphic are TV and video, music, radio and podcasts, games, newspapers and magazines as well as books. 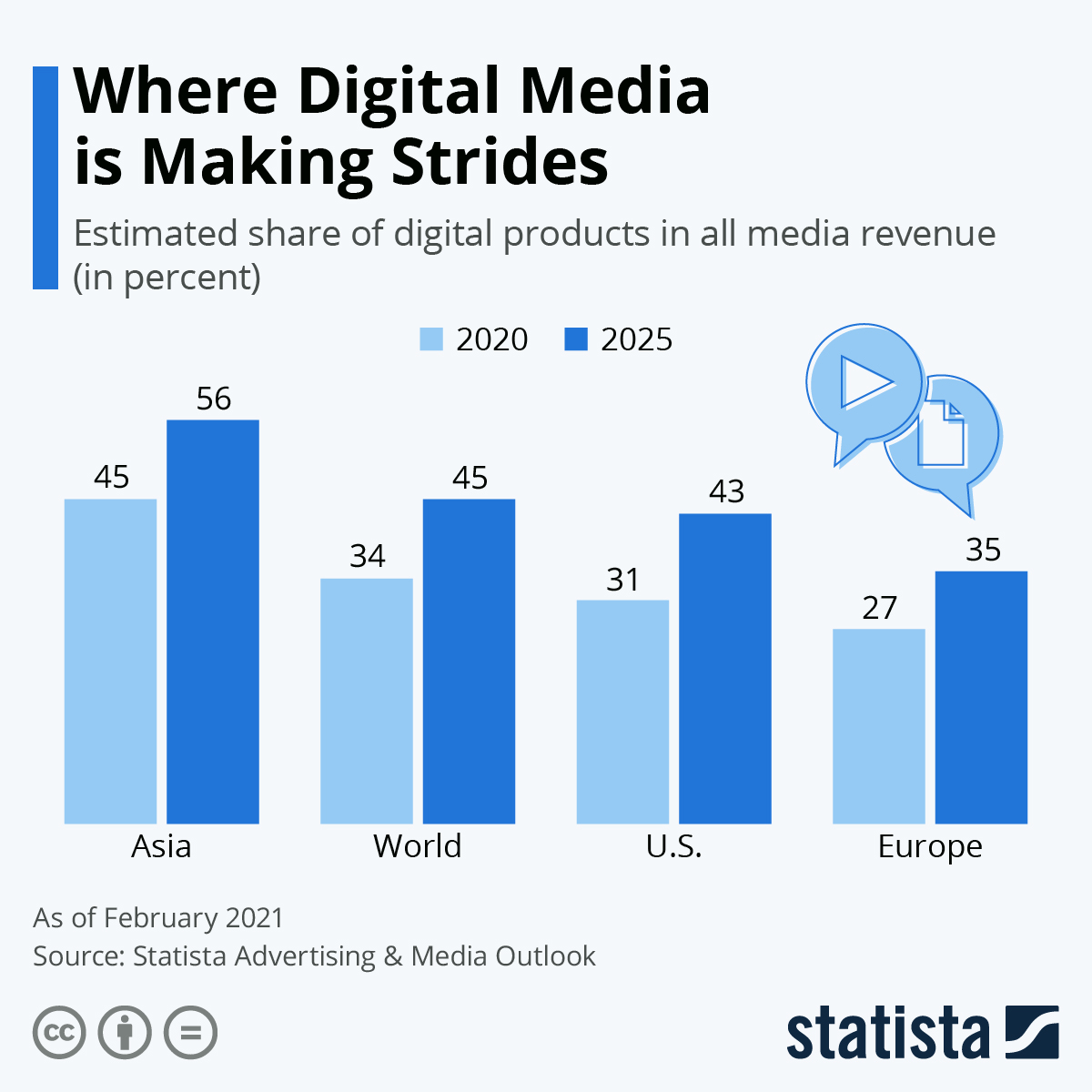