Where Animals Are Most Likely to End up in Shelters

While there are still millions of pets that are taken in by shelters every year in the U.S., that number is luckily decreasing. Because fewer pets end up in shelters and more are able to find a new home, the share of shelter animals that are euthanized is also growing smaller, according to the American Society for the Prevention of Cruelty to Animals.

The number of animals dropped off by their owners or found as strays across the U.S. also differs from state to state. The American West has higher rates of shelter animals relative to population. New Mexico registered the highest rate in 2019, with more than 3,200 animals surrendered per 100,000 inhabitants. Next up were Idaho, Colorado, Montana and Nevada, all with more than 2,000 animals taken in per 100,000 residents, according to the Shelter Animals Count.

While no complete figures for 2020 have been released yet, preliminary data shows that the number of pets taken in by shelters might have halved in the past year, as have fatal outcomes for animals. 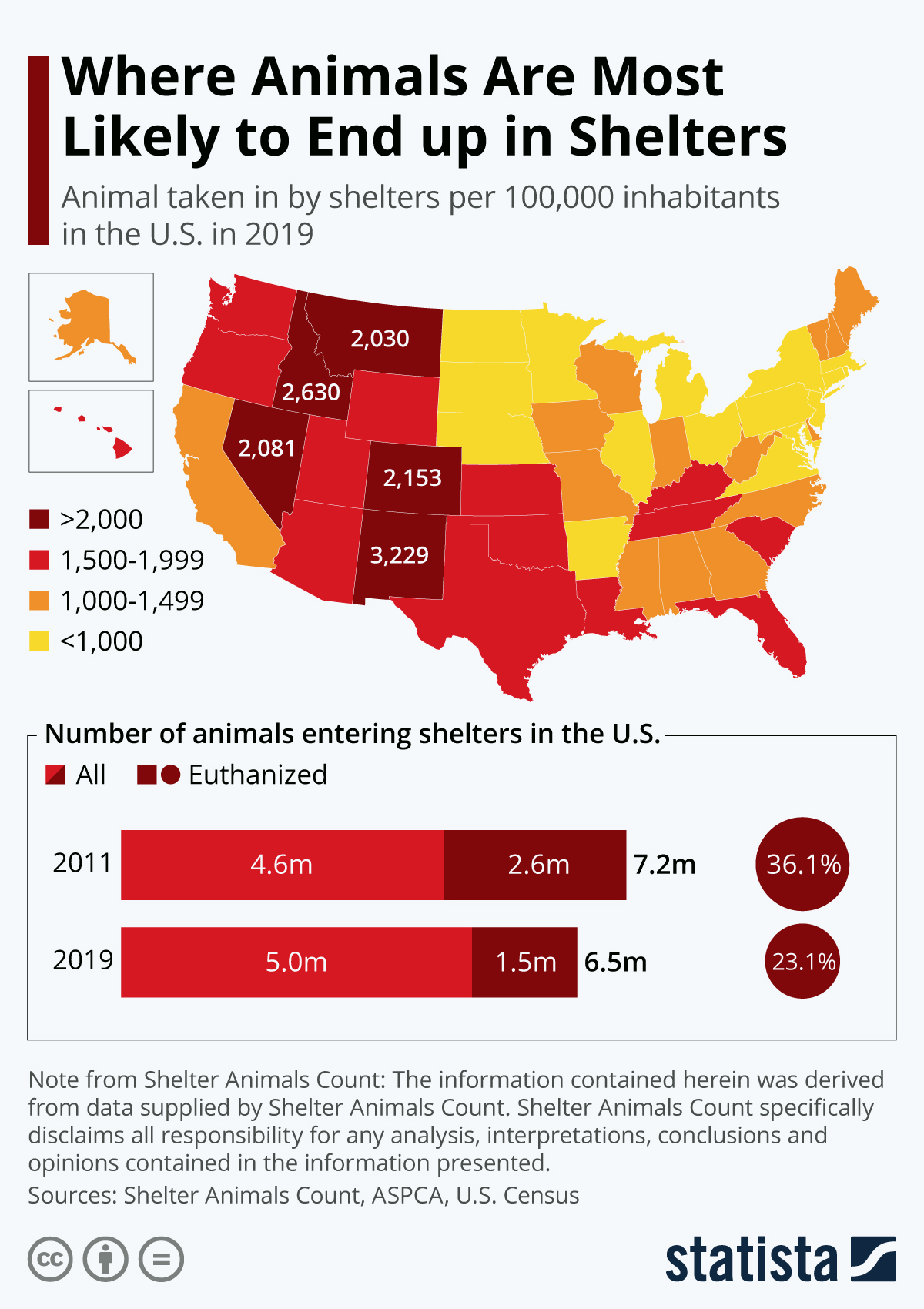