Home / Infographics / Nintendo Switch Rises Through the Ranks of Its Ancestors

Nintendo Switch Rises Through the Ranks of Its Ancestors

Thanks to a blowout holiday quarter and the continued success of the Nintendo Switch, Nintendo’s operating profit almost doubled in the first nine months of its fiscal year ending March 21, 2021. With revenue and operating profit up 37 and 98 percent, respectively, over the same period of last year, Nintendo finished calendar year 2020 way ahead of expectations, illustrating both the positive momentum the company has built and the effect of the coronavirus pandemic on video game sales.

As our chart shows, Nintendo has now sold around 80 million Switch systems, putting the hybrid console far ahead of the Nintendo Entertainment System. The iconic 8-bit console, originally released in 1985, was sold 61.91 million times during its lifespan.

Having long surpassed the beloved Super Nintendo Entertainment System in lifetime sales, the Switch is now Nintendo’s second most successful home console of all time, on track to surpass the Wii eventually, which sold more than 100 million units over its life cycle. 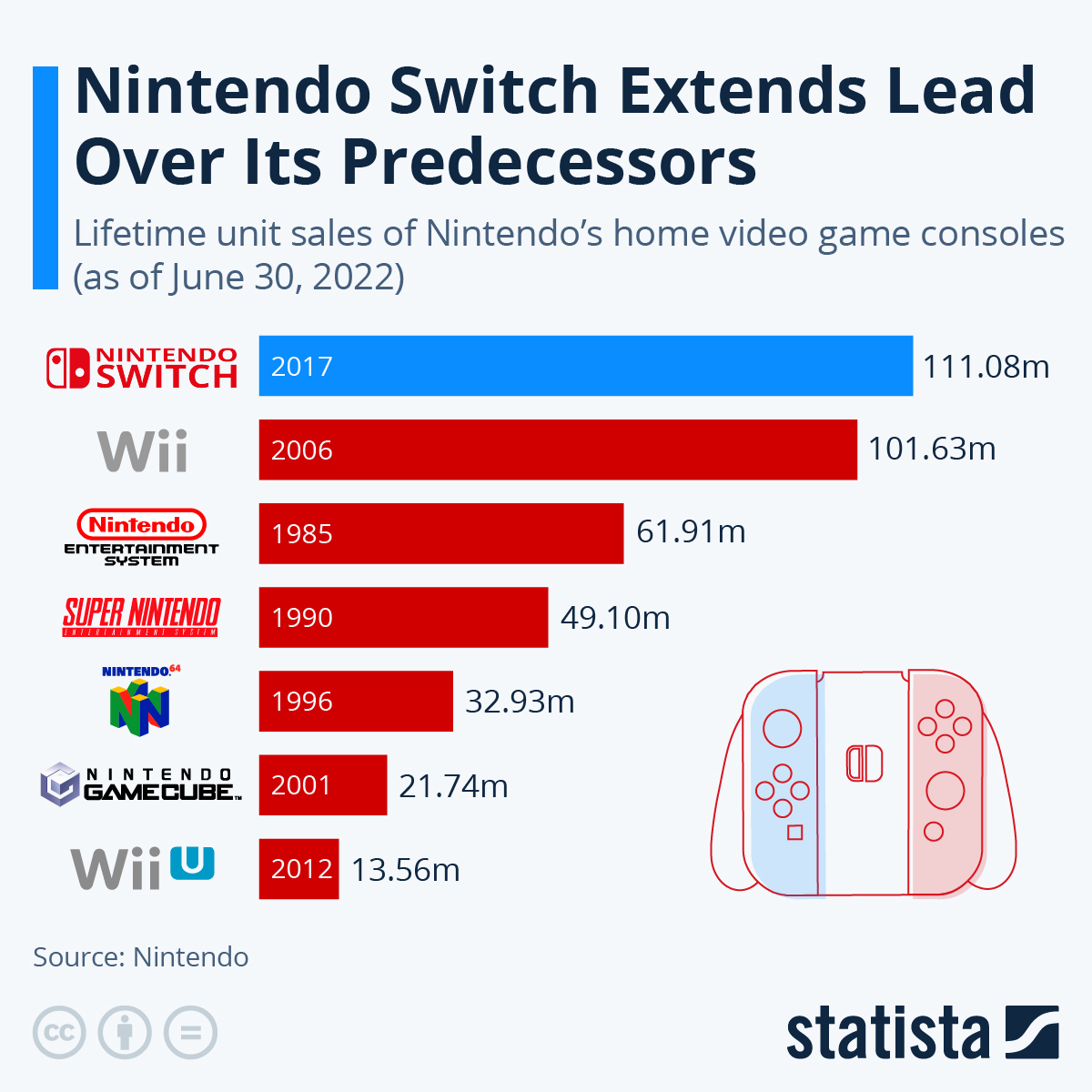