Cheaper clean energies continue to propel governments across the world to invest in wind and solar infrastructure over the coming decades. Progress on renewable energy systems is picking up, with traditional forms of fuel like coal and oil falling to new solar and wind farms. New data from some of the leaders in renewable energies shows how offshore wind farm installations are already ramping up globally and are predicted to continue their rapid growth. 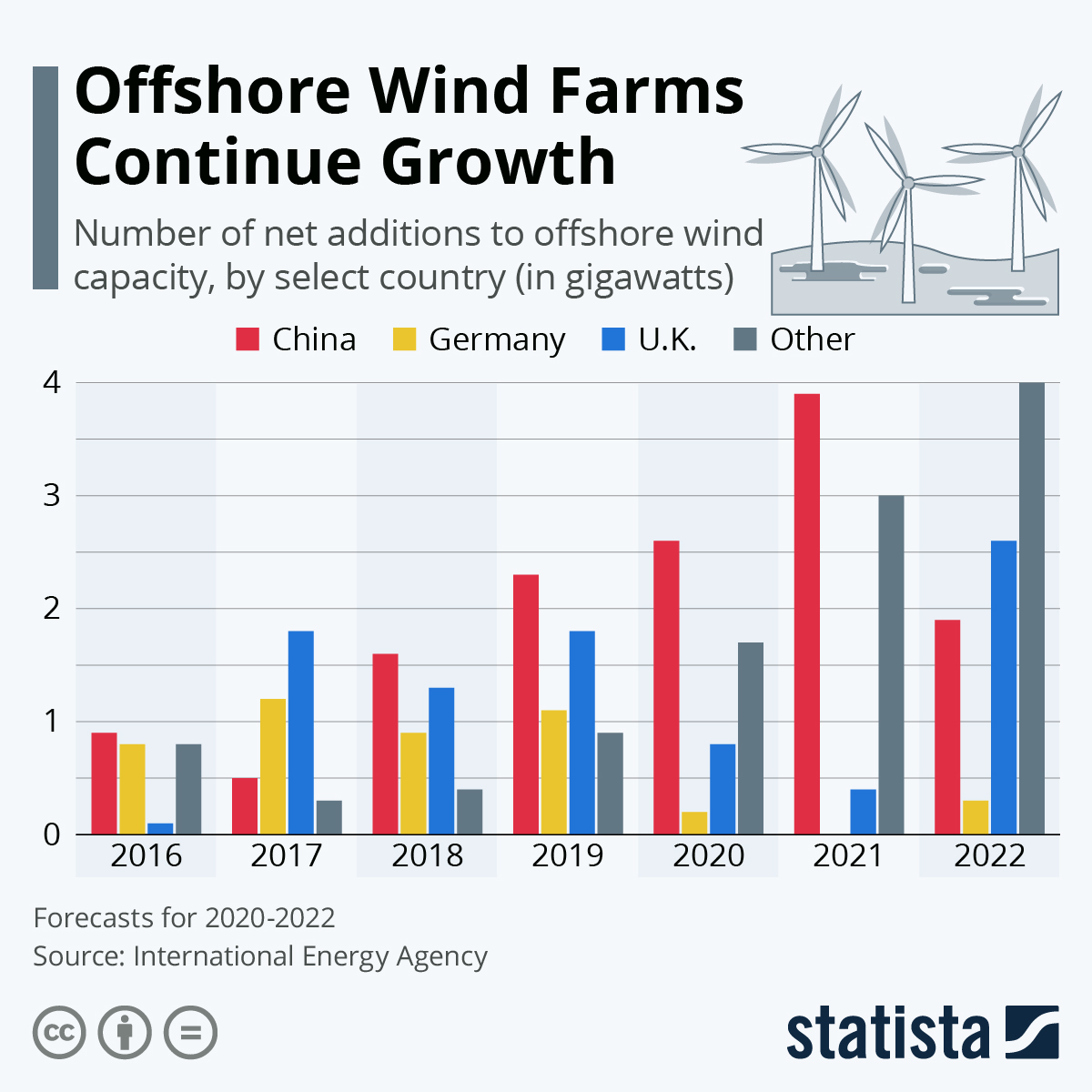