Analysis of Economic Survey of Pakistan FY 2020 revealed that Liquefied Petroleum Gas (LPG) plays a significant role in the energy mix of the country as it offers a cleaner alternative to biomass-based sources, mainly in locations where natural gas is not available. LPG is gradually becoming popular domestic fuel among people who live in far-flung areas and where natural gas infrastructure does not exist. It an emerging sector of energy in the country and Oil and Gas Regulatory Authority (OGRA) is empowered to regulate the LPG sector under the OGRA Ordinance, 2002 and LPG (Production & Distribution) Rules, 2001 w.e.f. 15th March, 2003. More recently the Government of Pakistan is set to accept an incentive package for the import of LPG in an apparent move to increase supplies. However, importers may reap main advantages because of favourable policies such as tax exemption. Sources record that the common practice has been to offer incentives to local producers in a bid to improve production but this time the case is contrary to that as the Government of Pakistan is going to endorse various incentives for LPG imports.

LPG supply is predicted to enhance in the wake of current shipment orders and proposed exemption from withholding tax, which is set to be accept in the present month. It is also said that LPG importers had waited for announcement of the new policy and a new contract price through Saudi Aramco, which increased the rate by $79 per ton for LPG supply to the market. Statistics show that the new contract price has been set at $536 per ton for January but most of the purchases through the importers were finalised when the price was at $457 per ton. OGRA has proclaimed LPG prices for the local market for January 2021 based on the Saudi Aramco contract price. According to industry players, because of that the importers will get a windfall of almost Rs400 million. At present, 5.5 percent withholding tax is charged on the import of LPG, which is probable to be withdrawn in the new policy. About 2-year ago, LPG imports were exempted from regulatory duty and enjoyed a preferential sales tax under which the tax was slashed from 17 percent to 10 percent. According to industry players, the incentives provided over the past two years improved profits of importers through close to Rs10 billion without passing any advantage on to consumers. The experts said that the suggestion in the draft policy that the petroleum development levy (PDL) be imposed on LPG imports from Iran via land route while exempting imports by the sea route was irrational. For a level playing field, the same levy should be imposed on the sea route as well. Local producers already pay PDL at the rate of Rs4,669 per ton. Pakistan’s total LPG consumption is close to 13 million tons per annum, out of which 7.5 million tons are produced domestically and the rest is imported.

It is also said that LPG sector has also offered career opportunities and during July-March 2019-20, an investment of Rs 3.72 billion almost has been made in LPG infrastructure. Approximately 76 percent of the LPG consumed is met with domestic production in the country, whereas the rest is imported. Refineries, gas producing fields and imports are 3 major sources of LPG supply in Pakistan. Statistics also showed that LPG accounts for almost 1.2 percent of the total primary energy supply in Pakistan. Furthermore, the current size of LPG market is almost 1,061,447 MT/Annum. It is mainly meant to supply for the local fuel requirement mainly in natural gas starved areas and in peak times in the urban territories. The use of LPG as domestic fuel shall deter deforestation in hilly areas and shall provide a comparatively healthier and hygienically safe alternative to the common citizens. Sources record that Pakistan and also Bangladesh, is rationing gas and buyers across South Asia are seeking alternative fuels after spot LNG prices surged to record highs. Spot LNG prices have nearly tripled since early November as freezing temperatures across North Asia boosted demand and depleted inventories. Since July, prices are up a dizzying 1,000 percent. Pakistan, which is more reliant on spot LNG imports for its winter needs, is limiting gas use for industry to certain hours and industry executives have warned the condition has become critical. The Government of Pakistan has still taking a policy decision to permit allow use of LPG in the automotive sector to share the burden with conventional auto fuels. 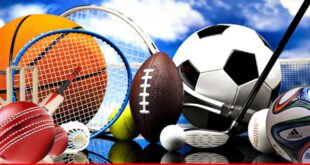 Statistics identify that the exports of sports goods recorded a fall of 14.03 percent during …