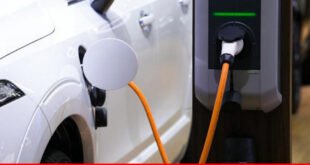 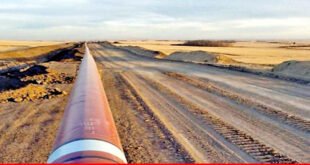 The year 2020 has been one of the darkest years of human history. The world is in chaos but there is hope on the horizon. Celebrating Quaid’s day this year, once again draws our focus towards unity, faith and discipline. Far from the bookish ideas that have lost meaning, this day gives us the opportunity to see the value of the guiding principles that the Quaid gave us. It is the disciplined nations that have managed to continue life despite the pandemic. It is the hardworking and unified nations that are thriving even now. Such values have saved millions in countries like China, Germany, New Zealand among others, who have tackled the Covid-19 challenge with excellent and thoughtful discipline. Pakistan too displayed much needed vigor but lost its way as the pandemic has returned with full force this December. Also, Quaid’s day reminds us of the challenges that he faced when the country gained independence in 1947 and it is at time for us to draw upon and inspire ourselves with the commitment and determination he displayed. Our country is still under duress but they are not as huge as compared to when it was born.

“Think a hundred times before you take a decision, but once the decision is taken, stand by it as one man”, these were the words of the great man who carved out Pakistan from the map of the world. His commitment, integrity and discipline still form the foundation of our nation and its path towards glory. As our challenges grow tougher and tougher, the people of this country need only to look at the father of the nation for inspiration and the resolve to achieve our destiny. On his birthday, let us commemorate not just his birthday, but also his motivation and determination to make people of this country into an extra ordinary nation in the world.

The story of Muhammad Ali Jinnah starts in Karachi in the year 1876. Having a golden spoon did not deter him from the path of hardwork and leadership. The young and charming boy was initially named Mohammad Ali Jinnah bhai, but in his sense of proportion and harmony, in 1894, he got the word “bhai” dropped from his documents and altered the spelling for studies in England. Less known is also the fact that, while in England, Jinnah actually pursued a career in acting and theater. He was later convinced that this was for not him. From that point onwards, Jinnah dedicated his life to the world of law and jurisprudence. In his accolades, it must be mentioned that Muhammad Ali Jinnah was the youngest ever Indian to complete his law degree from England. But in his inquisitive and determined, outlook towards life, he was destined for great things.

There is a stark difference and subtle elegance that can be seen between Jinnah the lawyer and the leader. The leadership and political vision of Jinnah was inspired and shaped by his understanding of principles of law and justice. After all, politics is a method of deciding collective action and that action can only be carried out through agreed upon set of laws and regulations. The British considered themselves to be superior to the learning and wisdom of Indians. With a degree from Lincoln’s inn, Jinnah could best the most literate of practitioners of British law and jurisprudence. But Jinnah did it while maintaining his own aura of Indian shine and style.

Today, as the world shrinks through telecommunications and technology, the divisiveness between people of different faiths, color, class and creed are widening. There are those that critique the role of Quaid-e-Azam as the person who preferred division over unification of India. Partition is many times falsely attributed to Jinnah. Contrary to this, it was a process of slow but painful realization for Jinnah that Hindus and Muslims could not agree on common terms of governance. And with the legacy of previous Muslim rule under the Mughals, the British were bent towards the majority Hindus and their leaders, leaving the Muslims as marginalized. It is only after the tragic events at the hands of congress in 1937 that Quaid transformed from a symbol of Hindu-Muslim unity to a separatist asking for Pakistan.

All those who cherish the achievement of Quaid in the making of Pakistan, must also acknowledge the fact that this was not his first choice. Unity could have been the state of affairs for India which could not be achieved because of religious and cultural opposition. The atrocities towards Kashmiris, the Islamophobia and meager representation of Muslims across Hindustan stand testimony to the truthfulness and leadership of Jinnah. The Muslims of Hindustan are not being given their due rights, religious places are not safe and Hindu extremists have been given a free hand, Pakistan and its presence stands as proof to the unfortunate, unchanging circumstances of religious differences in the sub-continent.

The cornerstone of the political philosophy of Quaid-e-Azam was “the two Nation theory”, many intellectuals with half-baked liberal ideals have questioned the basis of creation of Pakistan. Some have even used the creation of Bangladesh as an anti-argument towards the two nation theory, in a way saying that if Muslims are a separate nation, why are there three separate Muslim entities living in the sub-continent? That is, Muslims in Pakistan, Bangladesh and India. Those who point this out forget that, physical boundaries do not invalidate the status of a nation. Muslims of the sub-continent, even if in three separate borders continue to live their lives as per a set of beliefs, traditions and values that are ingrained in their daily activities. Quaid-e-Azam not only defended the idea of Muslims as a separate nation but converted the idea into a political reality that is the sixth most populous country in the world.

Muhammad Ali Jinnah was one of the greatest legal luminaries India had produced during the first half of the century, an `ambassador of Hindu-Muslim unity, a great constitutionalist, a distinguished parliamentarian, a top-notch politician, an indefatigable freedom-fighter, a dynamic Muslim leader, a political strategist and, above all one of the great nation-builders of modern times. Quaid-e-Azam converted an oppressed minority into a strong political force. He managed to defend the rights of Muslims of their times and their subsequent generations to come. He awakened a social consciousness that had been lost through submission and violation of rights. In his words he said “We are a nation with our own distinctive culture and civilization, language and literature, art and architecture, names and nomenclature, sense of values and proportion, legal laws and moral code, customs and calendar, history and tradition, aptitudes and ambitions; in short, we have our own distinctive outlook on life and of life. By all canons of international law, we are a nation”. As the present day looks towards making a new Pakistan, the country is riddled with challenges and new ideas from internal and external sources are being given a chance, perhaps some introspection towards the father of the nation is needed. Maybe, the answer lies within and not without, the keys we seek towards our salvation do not lie in a new manifesto but in the rightful commemoration and reverting back to the founding father. As we celebrate the 25th of December,2020 we must recall from where we began and what would the Quaid want from all of us today. 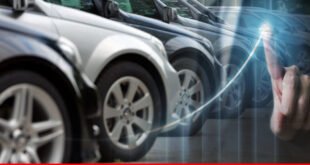