Home / General Interest / Confidence in the COVID-19 vaccine grows in UK and US, but global concerns about side effects are on the rise

Confidence in the COVID-19 vaccine grows in UK and US, but global concerns about side effects are on the rise

The first COVID-19 vaccines have now been administered around the world, offering hope that an end to the pandemic could be in sight.

Yet challenges to ensuring an inclusive, effective distribution of the vaccines remain. Even in countries where vaccines stand to increasingly be available to wider sections of the population, one hurdle will be public resistance to vaccination.

The latest World Economic Forum-Ipsos survey on vaccine confidence offers an optimistic sign that attitudes toward vaccines could change. According to the survey, strong intent to be vaccinated has risen in the US and the UK, following the release of the vaccine in the two countries.

At the same time, vaccine confidence has dropped in many other countries, according to the 15-country survey conducted 17-20 December among 13,500 adults.

Vaccine confidence around the world

According to the survey, vaccination intent is highest in China, where 80% of respondents strongly or somewhat agreed with the statement “if a vaccine for COVID-19 were available, I would get it.”

Among the countries surveyed, those whose populations reported the lowest intent were South Africa (53%), Russia (43%) and France (40%).

Since October, the percentage of respondents who strongly or somewhat agreed with the statement “if a vaccine for COVID-19 were available, I would get it” has increased in the US by 5 points.

At the same time, it has dropped across all the other countries surveyed, with the most notable declines in South Africa (-15 points), France (-14), Japan (-9) and South Korea (-8). December also marks the first time since August that overall vaccination confidence was below 50% in any country.

Reasons for not wanting a vaccine

In every country surveyed, between 57% and 80% of those who say they would not take a COVID-19 vaccine report concern about the side effects (up from 34% in October).

The second-highest reason cited was effectiveness, with Russia showing the highest concern at 45%, followed by Mexico (28%) and Italy (27%).

In 2019, the World Health Organisation listed public hesitancy towards vaccination as one of the Top 10 Threats to Global Health. This survey shows that more must be done to promote safe, inclusive distribution – and increase confidence in vaccines around the world.

Previous Almost 90% of the world’s animal species will lose some habitat to agriculture by 2050
Next Brexit deal or no deal, food bills are about to get a lot more expensive 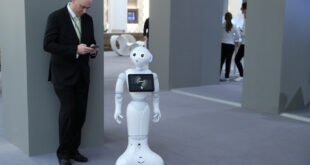