Companies continue to tout their new carbon neutral, zero-emission plans for the coming decades. A large part of these plans involves carbon offsets; a broad term intended to make up for other carbon emissions produced by the company. According to Bloomberg, however, many of these offsets are redundant purchases of forests and land that were in most cases already protected in some capacity. Data shows how this new trend of carbon offset purchases are adding up over the last few years.

In data collected from company filings, Delta, Alphabet and Disney have all been some of the largest purchasers of carbon offsets since 2017. Since then, Delta has purchased 7.8 million metric tons of CO2 equivalent, followed closely by Alphabet with roughly 3.5 million and Disney with around 2.5 million between 2017 and 2019. Other substantial purchases have come from companies like Salesforce and JPMorgan Chase.

While not all of the carbon offsets purchased by these companies are insignificant, reporting from Bloomberg shows how these companies are avoiding making necessary eco-friendly changes in their companies and opting instead to buy carbon offsets from environmental groups. The largest group, Nature Conservancy, often uses inconsistent logic when defining carbon offsets for these companies to purchase, creating an easy way for businesses to erase emissions from their records. While the emissions are crossed off on paper, many of these carbon reductions were already happening anyway – regardless of whether a company purchased the offset from Nature Conservancy or not.

Nature Conservancy’s revenue last year was nearly $1 billion and hopes to expand and increase projects for the future. 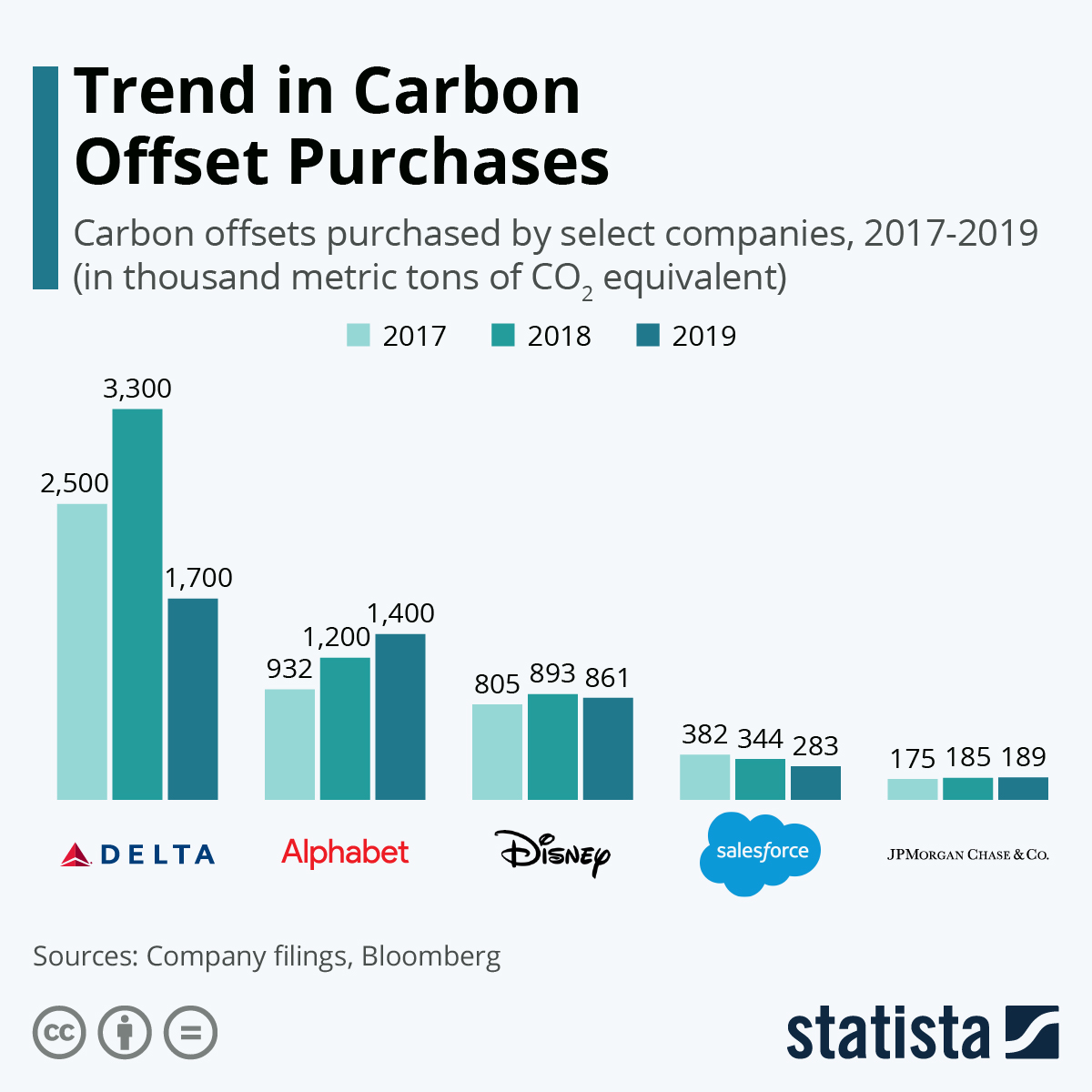 Previous The World’s Most Spoken Languages
Next Up in the Clouds: The World’s Highest Cities