Home / Infographics / Where Teachers Spend The Most Time In The Classroom

Where Teachers Spend The Most Time In The Classroom

The OECD’s latest edition of its “Education at a Glance” report provides an insight into education systems on all of the organization’s member states. One interesting aspect of the research is the amount of time teachers actually spend in the classroom. On average, school teachers in OECD countries have to teach 723 hours per year in public institutions (average of primary and secondary instruction hours), though there are big differences in teaching time between countries.

Generally, teachers spend between three and six hours each day in the classroom, though there is no set rule on how teaching time is distributed throughout the year. Also, annual teaching hours vary widely, even within Europe. Dutch school teachers have to teach for 790 hours per year which is almost 70 hours more than the OECD average, while those in Poland teach 220 hours less than the average.

The following infographic provides an overview of the annual net hours workers across eight selected countries. In Costa Rica, a public school teacher works 1,228 hours per year on average with the U.S. close behind with 979 hours. The situation was much the same in OECD member countries Colombia and Chile.

Asia’s advanced economies are further down the list with Japan and South Korea counting 624 and 579 hours of instruction time, respectively. Only four countries have instruction hours lower than Korea’s, the lowest being Poland at just 500 hours of teaching per teacher and year. 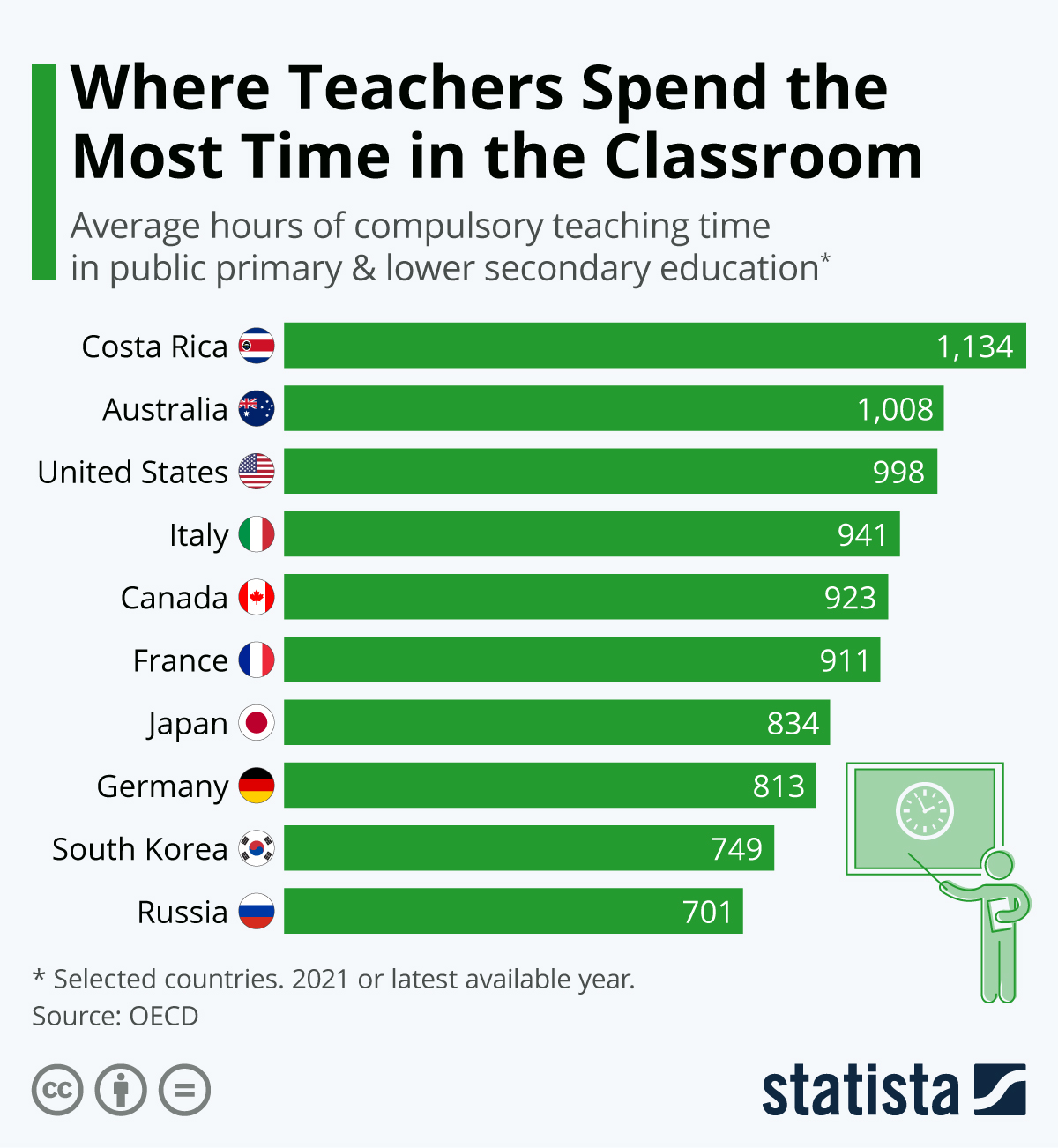