Where Highly Educated Migrants Come From

OECD data reveals that there are around 120 million migrants living in OECD member countries. 30 to 35 percent of these migrants are considered highly educated, meaning they have received vocational or academic training. Among the most common birth countries for highly educated migrants, these shares are a lot higher, however.

The Philippines come in rank 3, behind the world’s two biggest countries and ahead of a list of OECD nations, naturally trading highly educated personnel back and forth with each other, especially within Europe. 53.3 percent of Filipino immigrants to the OECD are considered highly educated, which brings the total to almost 1.9 million for a country of just over 100 million inhabitants. In a paper on the Philippines, the International Labor Organization finds that many of those high skilled migrants – to OECD countries and elsewhere – were health care professionals, especially nurses. Because of the coronavirus pandemic, the Philippines government has put a stop to this brain drain at least temporarily by capping the deployment of newly hired nurses at 5,000 per year. 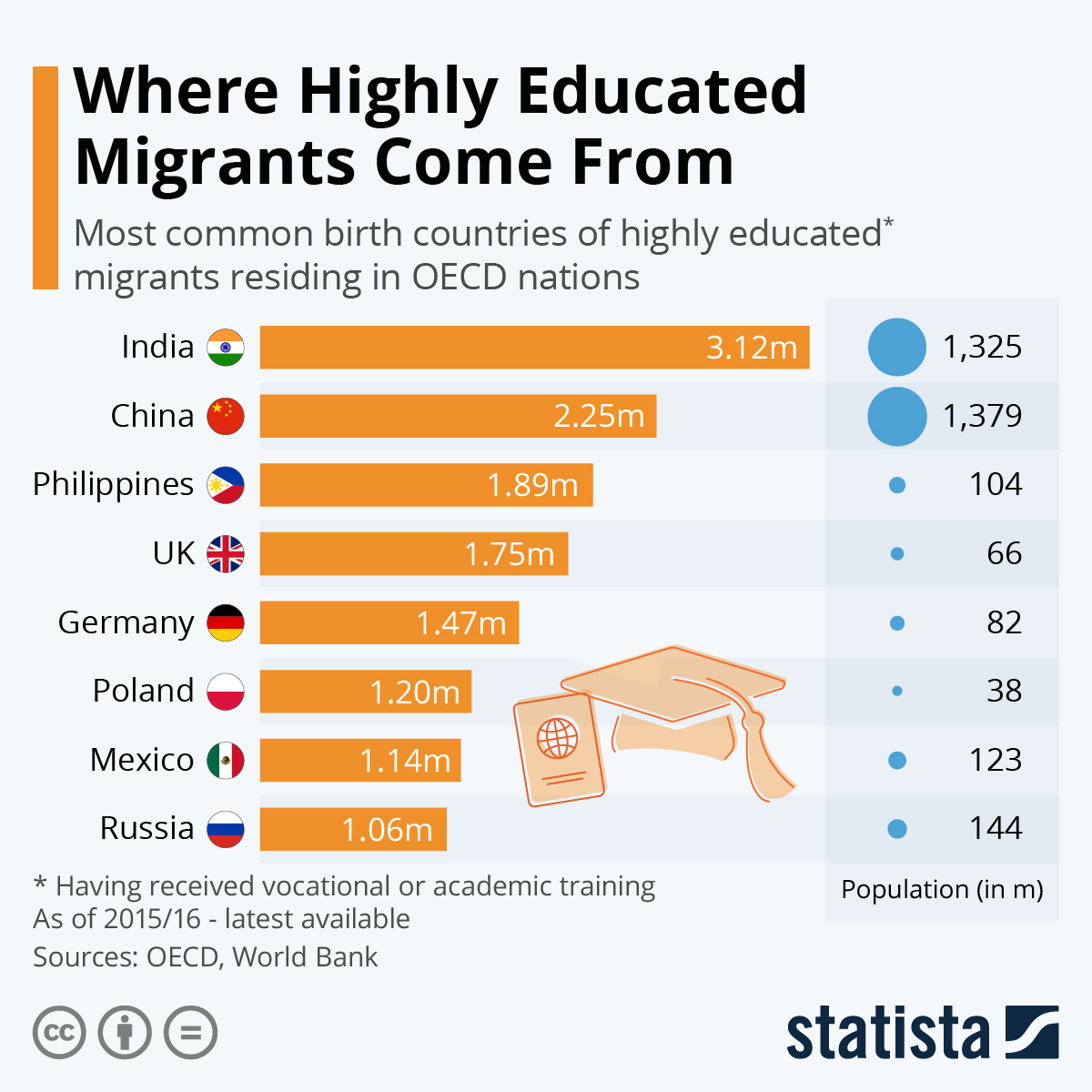