BTS ‘Dynamite’ costumes to light up US music charity auction 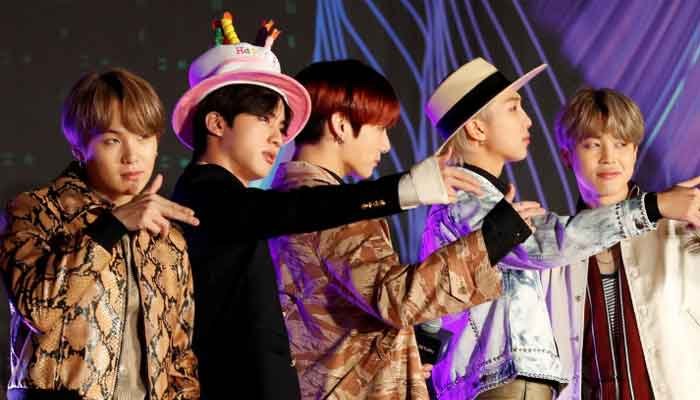 The K-pop boy band BTS is offering up their outfits from the music video of their hit single “Dynamite” to the highest bidder in a Beverly Hills, California, charity auction in January.

The pink, blue, yellow and lavender pastel outfits the seven singers wore in the record-setting video are expected to fetch what Julien’s Auctions on Monday called a conservative estimate of $20,000 – $40,000.

“This is the first time that BTS has ever sold any costumes,” said Martin Nolan, executive director of Julien’s Auctions.

The costumes include the T-shirts, hats, sneakers, pants and shirts worn by the South Korean boy band during the final dance sequence of the music video for “Dynamite” in August.

“Dynamite,” the first all-English language single by BTS, debuted at the top of the Billboard Hot 100 singles charts in the summer in a first for a South Korean pop act.

The music video, which features the band members dancing with a sunset sky behind them, became the fastest YouTube video to reach 10 million views, doing so after only 20 minutes.

In January, seven signed microphones used by the band on tour sold in Los Angeles for $83,200 – more than eight times the expected starting price.

BTS, known for using its music to spread optimism, notched another milestone in the U.S. music industry last week when it was nominated for its first major Grammy award.

The “Dynamite” outfits will be one of the items auctioned on Jan. 29 in Beverly Hills and online to raise funds for MusiCares, the philanthropic arm of the Recording Academy which organizes the annual Grammy Awards.

MusiCares funds health and welfare programs for musicians, including tens of thousands who have lost work during the coronavirus pandemic with the shuttering of clubs and concert venues and the cancellation of festivals.–Reuters