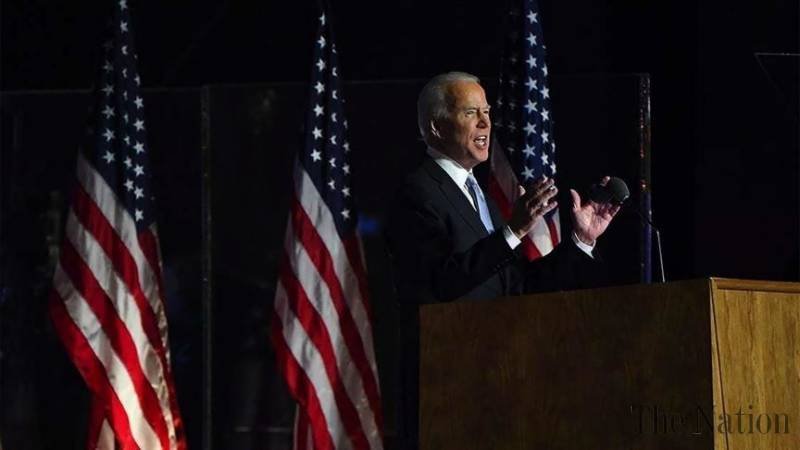 With Democrat candidate Joe Biden projected to become the next US President after defeating Donald Trump, the popular mood has turned upbeat in faraway Iran.

Since Friday, when Biden’s lead over Trump grew significantly, Iran’s forex market has appeared to regain a semblance of stability, with national currency rial marking a considerable recovery.

Over the past three years, following the unilateral US withdrawal from the 2015 nuclear deal with Iran, sanctions imposed by the Trump administration virtually decimated the country’s financial market.

The unprecedented sanctions, targeting key sectors, prompted Iranians to root for Trump’s formidable rival this time, with a hope that he might announce sanctions relief.

Biden has spoken about offering Tehran “a credible path back to diplomacy” and rejoining the 2015 accord “if Iran returns to strict compliance” with the deal, while stressing that he will “prevent Iran from acquiring a nuclear weapon”.

Iranian officials, including Supreme Leader Ali Khamenei and President Hassan Rouhani, had earlier emphasized that the choice between Trump and Biden was extraneous.

But, on Saturday, Rouhani obliquely welcomed the US election results, and voiced hope that the future US administration “learns from the past three-year experience” and returns to the nuclear deal.

The outcome of the US polls has been received with cautious optimism in Iran, as people hope the sanctions would be lifted or relaxed after Biden takes over in January.

“If this brings relief from sanctions and improves our living conditions, I am more than willing to welcome Biden’s win,” Massoud Qalbafi, a Tehran-based trader, told Anadolu Agency.

Since May 2018, when Trump unilaterally pulled out of the Iran nuclear deal that was signed by his predecessor Barack Obama in 2015, the two countries have been on a war path.

The Trump administration announced a slew of sanctions on Iran in the last three years, leading to a dangerous escalation of tensions between Tehran and Washington.

During this period, Iran’s currency nosedived against major world currencies, including the US dollar, plunging to a record low of 310, 000 per dollar last month.

In 2015, when the deal was signed, rial traded at about 35,000. Over the last five years, Iran’s currency saw over 800 percent loss in value against the US dollar, recording a dramatic fall.

However, on Saturday, as Biden edged past Trump to emerge victorious, the US dollar lost more than 9 percent, dropping by 23,000 rials to reach 247,000 rials.

Since 2018, the turmoil in forex market has been compounded by rising inflation and dwindling GDP rate, which has caused economic difficulties for people, made worse by the coronavirus pandemic.

According to the Statistical Center of Iran, in the 11 months following the US exit from the nuclear deal, food prices in Iran jumped 85 percent.

Biden’s election has rekindled a flicker of hope in the sanctions-battered country that tensions could de-escalate and life could limp back to normalcy, if he chooses to turn the page.

“It’s not an ideal choice for an Iranian to make but in present circumstances I think Biden is the right man for the job,” Nawab Hashemi, an out-of-work chemical engineer, told Anadolu Agency.

“While the government continues to show resistance, it’s an irrefutable fact that sanctions have made life hard for ordinary Iranians and they would back any efforts toward relief,” he said.

The prospect of Iran, a major oil producer, regaining its space and share in the international oil market in the event of Biden’s return to the Iran nuclear deal is also being hotly discussed.

There is a speculation that if Biden returns to the 2015 deal, which was negotiated during his tenure as vice president, Iran could sell 1 million barrels of crude oil a day next year.

Although Iran’s leaders have so far remained tight-lipped about it, sources in the government say Iran would be willing to return to full compliance with the 2015 deal if Biden comes onboard.

“We reduced our commitments (to the deal) because we did not get anything in return,” a highly-placed government source told Anadolu Agency. “If the new US administration returns to the deal and fulfills all commitments, we would reciprocate in good faith.”

Perhaps for the first time in history, Iranian politicians and public staunchly followed the US elections closely. Even an Iranian music band Dasandaz came up with a song in Persian.

Iran’s local media also covered the election with more enthusiasm this time. Prominent Farsi-language daily Watan Imrooz on Saturday carried a front-page story, showing Trump and Biden locked in an ugly spat. Another popular daily Farhikhtagan in a front page story said the election dispute was a “defeat of the US political system”.

Daily Mashreq in a front-page story on Thursday said Biden’s win could strengthen the base of reformists in Iran ahead of Iran’s presidential election in 2021.

It argued that Biden could revive the 2015 nuclear deal that Rouhani’s reformist government had hailed as one of its achievements before the US quit the deal in 2018.

That would work to the advantage of reformists in Iran, who have faced many setbacks recently, including the near-total sweep of parliament vote by conservatives in February.

Meanwhile, speculation is rife that the Trump administration would be looking to impose a stream of new sanctions on Iran over the next two months to make it hard for Biden to return to the nuclear deal.

However, Alireza Ahmadi, a Tehran-based strategic affairs analyst, says the Trump administration has “already maxed out on Iran sanctions”.

“They could impose new sanctions (on Iran), overlapping the old ones to box Biden in, but even that, as of few weeks ago, is mostly maxed out too,” he said.

Published in The Express Tribune on Nov 30th, 2020, Islamabad looks forward to hosting …