The U.S. officially removed themselves from the Paris Agreement on Nov. 4, an international coalition aimed at strengthening the global response to the rapidly evolving threat of climate change. America is now the only country in the world not participating in the climate plan, leaving it up to individual states to craft their own plans for transitioning to a renewable, carbon-free energy future.

According to data collected by InsideClimate News, there are five states in the U.S. that have passed legislation for transitioning toward a renewable or carbon-free energy infrastructure in the coming decades. These include California, Hawaii and Washington, who have passed legislation designed to target 2045 as the year each state will be carbon-free. Other states have similar target years of 2040, 2045 and 2050, while Washington D.C. has an optimistic target year of 2032 to be using 100 percent renewable energy. Puerto Rico has also passed legislation requiring the territory to pursue clean energy, while Maine and Nevada have enacted executive orders that set goals for each state to be 100 percent renewable or carbon-free by 2050.

With the exception of Hawaii, which passed its law in 2015, all states have passed clean energy plans in just the last two years. Depending on the political direction of the U.S., other states may wait to see whether the federal government will rejoin the Paris Agreement or whether they’re on their own in terms of clean energy for the future. Democratic presidential candidate Joe Biden has a comprehensive climate plan that would include all states, but even if he wins the White House, the lack of a Democratic majority in the Senate could again force states to design their own plans.

Cities and counties are also slowly enacting their own local climate plans. According to InsideClimate News, voters in Columbus, Ohio, recently supported a ballot initiative for the city to operate on 100 percent renewable electricity by 2023. The federal government and most state governments have failed to act on clean energy, and the future of climate change action in the U.S. could come down to cities, towns and small communities searching for more control over their clean energy future. 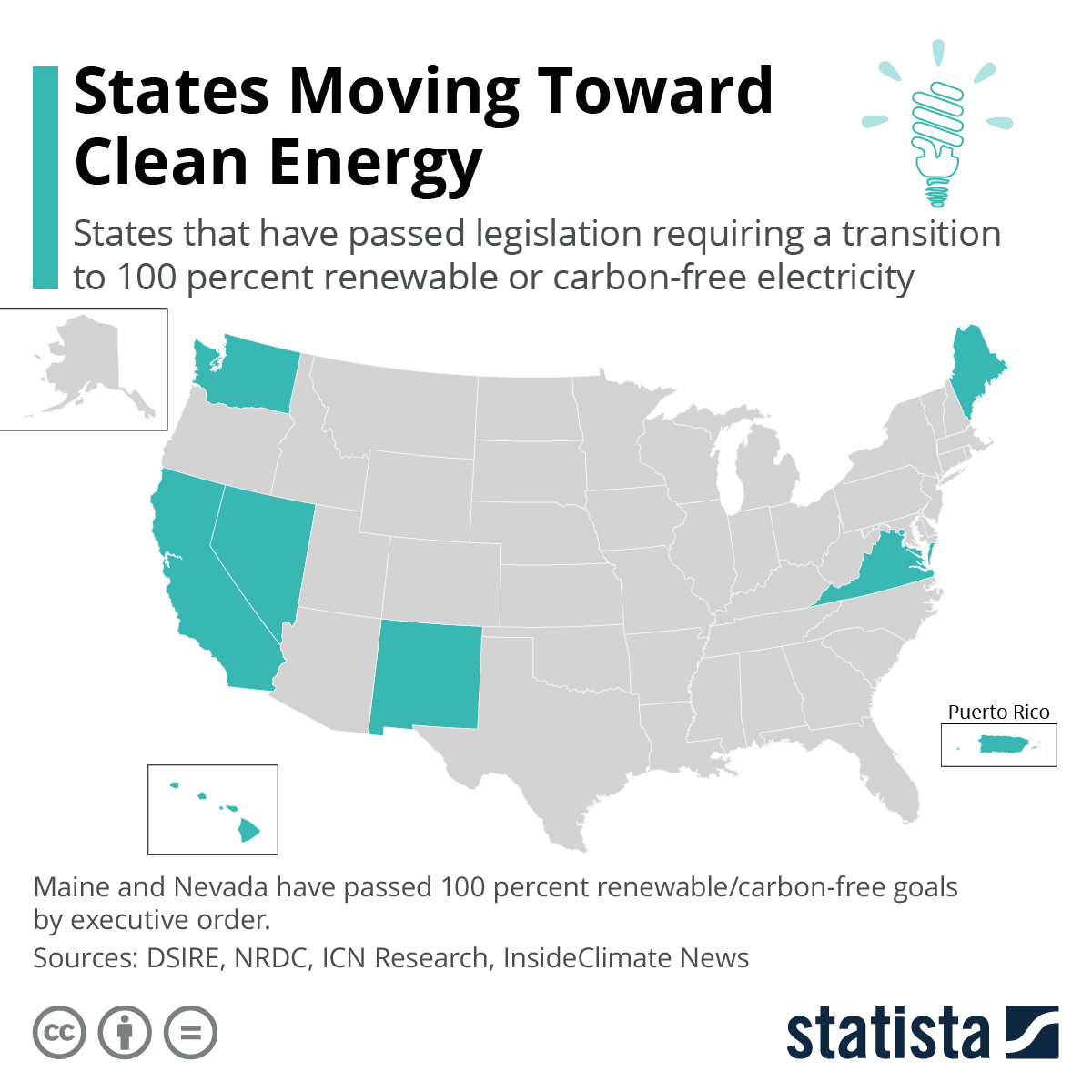 Previous 5G to Disrupt Auto Industry Most
Next Kibor Rates