Home / Infographics / Which Cities Have the Highest Risk of a Housing Bubble?

Which Cities Have the Highest Risk of a Housing Bubble?

Two German cities, Munich and Frankfurt, were found to have the highest risk of a housing bubble developing in a recent survey released by investment bank UBS. Other cities at risk were Toronto, Hong Kong, Paris, Amsterdam and Zurich.

In Munich and Frankfurt, housing prices grew by more than 5 percent over the course of a year. Prices in Dubai (rank 24) continued to ease after housing boomed between 2010 and 2014 in connection to high oil prices. Unrest in Hong Kong also saw prices decline in the notoriously pricey city and conditions also eased in Madrid (rank 21) and San Francisco (rank 14).

Looking at the ratios of housing prices to rent, housing prices to income, the increase in mortgage payments to the increase of GDP, the increase in construction spending to the increase of GDP and, finally, the ratio of housing prices in the city and the surrounding areas, UBS determined their risk index. Out of 25 cities included in the survey (all of which are known for their high real estate prices), seven were found to be in bubble-risk territory. Eleven more were considered to have an “overvalued housing market”, among them Vancouver, London and Tokyo as well as Los Angeles, Stockholm and Geneva. The only city with an “undervalued” housing market according to the survey was Chicago. 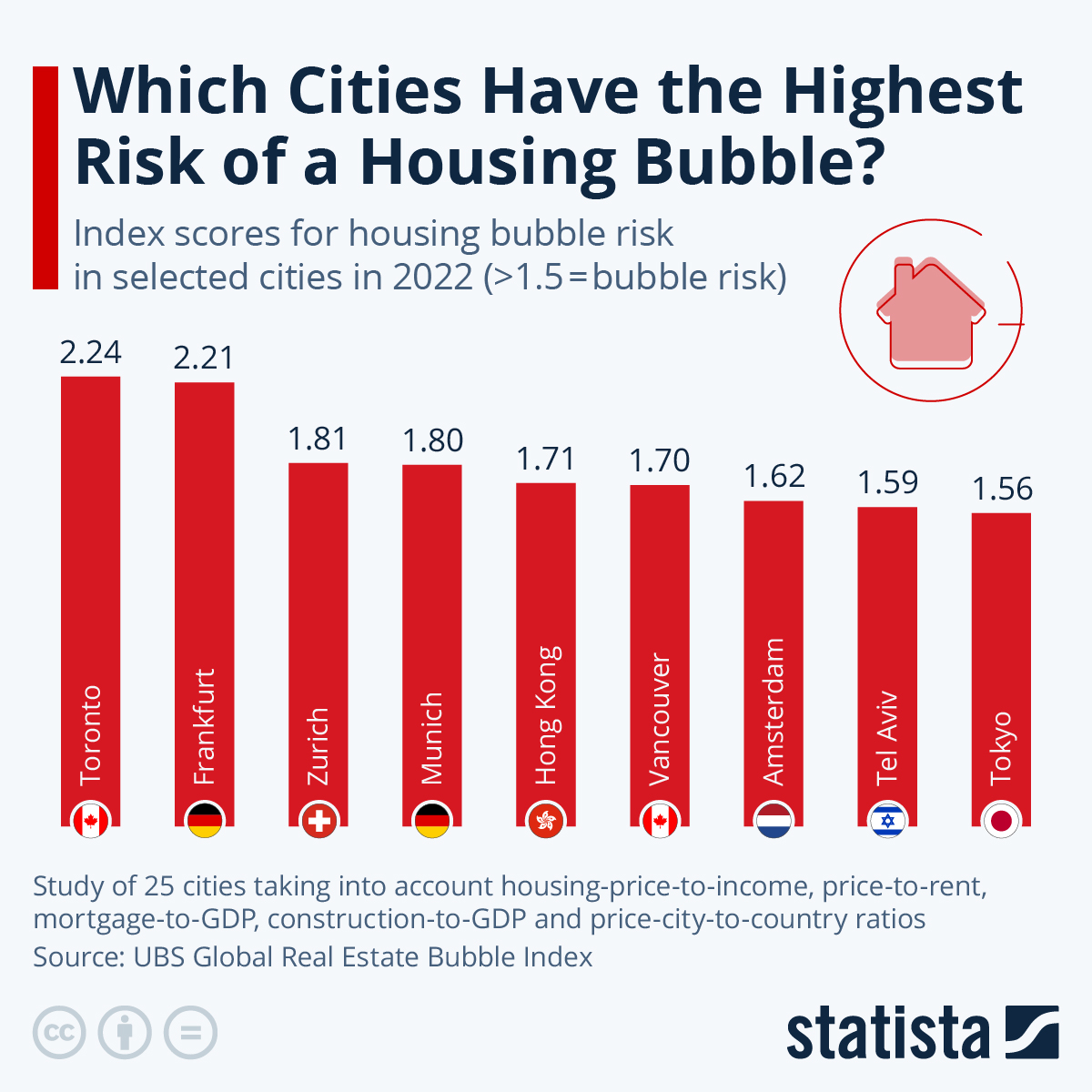