Home / Infographics / The Most Socialist Countries According To Americans

The Most Socialist Countries According To Americans

YouGov has conducted an interesting poll on U.S. public views of socialism. The term has has been used by Republicans to describe Democrats for years but it has become a near constant presence in the modern U.S. political landscape, frequently used by the GOP to criticize their opponents. Republicans have lambasted Democratic socialists like Bernie Sanders, Alexandria Ocasio-Cortez and Rashida Tlaib for planning to drag American into a Venezuela style economic disaster. However, their policies are more aligned with those of Western European countries including Denmark and Sweden who do operate a capitalist system with a wide range of social benefits such as universal healthcare which is paid for through higher taxes.

The Biden/Harris campaign has also been labeled socialist by the president and other GOP members, though Biden is known as a moderate who does not support certain policies from “The Squad” such as The Green New Deal and Medicare for All. YouGov’s research found that Americans are generally split on whether Biden is a socialist with 35 percent thinking he is and 37 percent thinking he is not. Among Republicans, 71 percent consider Biden a socialist while 56 percent of Democrats do not. The research also asked Americans about what they think socialism’s core policies are with more than half of respondents saying it involves the government running gas/electricity companies in addition to providing free child care. Close to 50 percent of the public also say government-run schools and railways are also core aspects of a socialist system.

YouGov also polled Americans about the countries they consider the most socialist. Among Republicans, Venezuela (60 percent), China (57 percent) and Russia (57 percent) were identified as the world’s most socialist countries compared to Sweden (43 percent), Denmark (43 percent) and Norway (42 percent) for Democrats. Taking party allegiances out of the equation, the top three most socialist countries according to the U.S. public are China with 46 percent, Venezuela with 44 percent and Russia with 41 percent. Some of the capitalist countries admired by “The Squad” are also high in the ranking such as Sweden and Denmark at 37 percent and 36 percent, respectively. 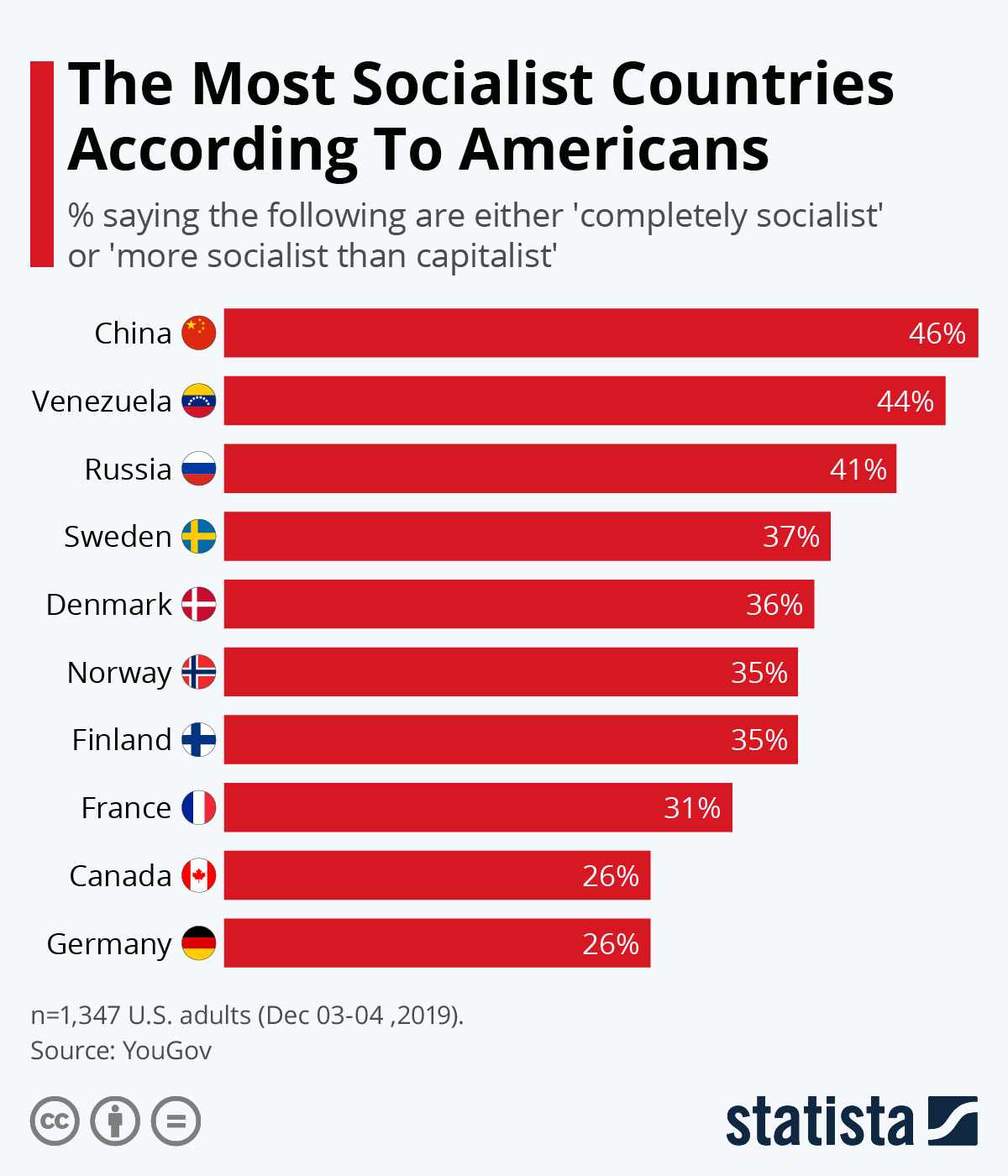