Home / Infographics / Earth is Heating Up

Earth is Heating Up

Data from NASA shows the Earth gradually heating up since the late 19th century. Since the year 2000, this trend seems to have accelerated as shown in the visualization of the data released. August 2020 was about 2.14° C hotter than the average month recorded on Earth since 1880.

As confirmed by NASA and NOAA, the months from February to April as well August 2020 were the second-warmest of their kind ever recorded, while January and May and July 2020 about tied for second-place.

The global data for near-surface temperatures comes from onshore weather stations as well as from ship, buoys and satellite measurements of the oceans. According to scientific findings, the continuing global warming will lead to changes in the strength, frequency, spatial extent and duration of extreme weather events. 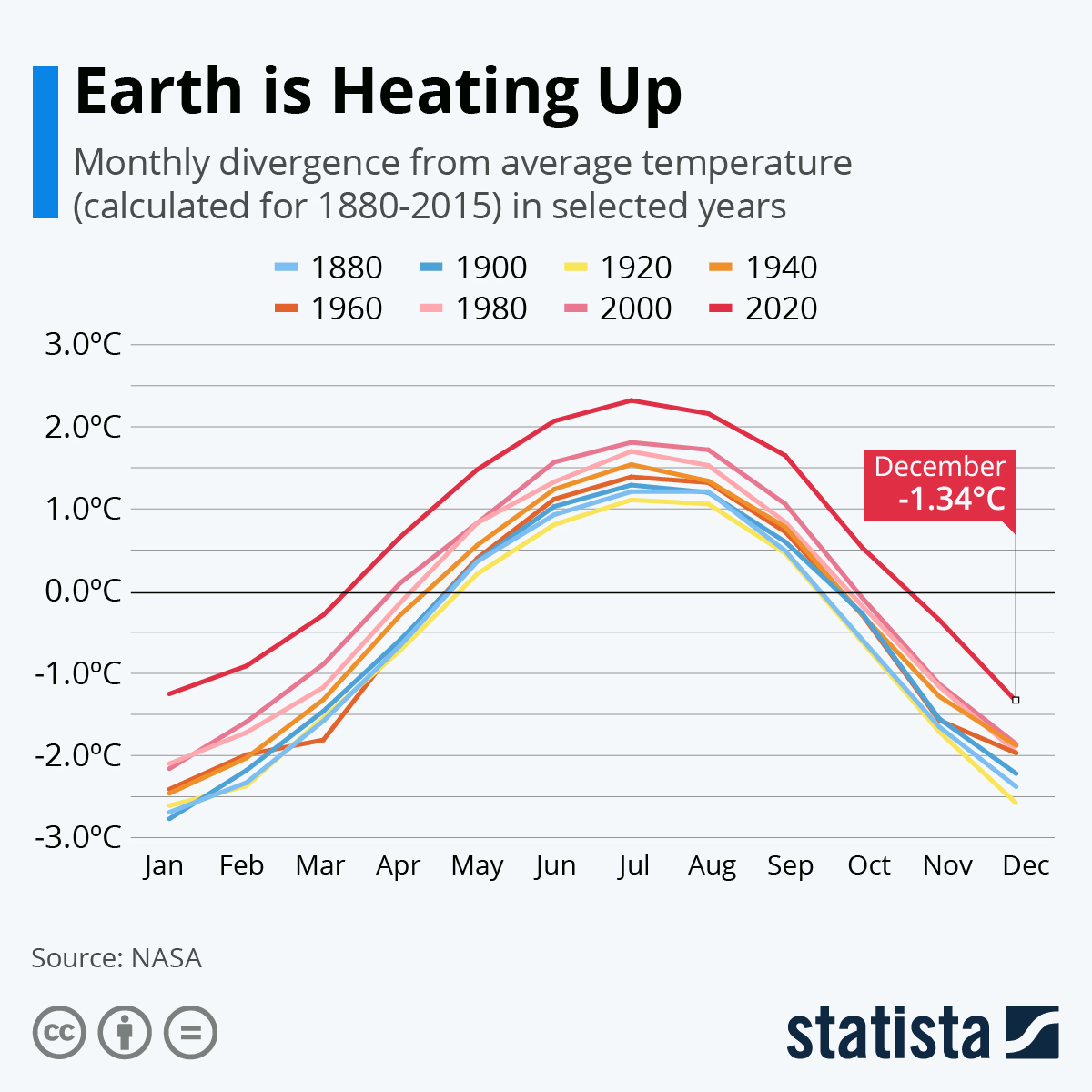