Home / Infographics / Who Is Driving Investment in Renewable Energy?

Who Is Driving Investment in Renewable Energy?

Global investment in renewable energy has almost doubled in the past decade. During this time, Europe lost its position as a top investor in renewables, being overtaken by China and the United States. According to a publication by Bloomberg New Energy Finance, the U.N. and the Frankfurt School of Finance & Management, investment in China almost tripled between 2009 and 2019. The data includes R&A spending by companies and governments, investments in venture capital, private equity and public markets as well as money spent on renewable energy installations and other such assets, the latter representing the largest share of investments worldwide.

In Europe, media reports indicate that investment in wind power in particular has declined. Energy expert Professor Dr. Ulf Moslener from the Frankfurt School of Finance & Management ties this to the fact that in the current market structure and organization, investors do not really believe in the long-term attractiveness of alternative power generation. Germany, once a poster child of renewable energy policy, scores particularly poorly on these wind power investments due to complex approval procedures which often deter investors. 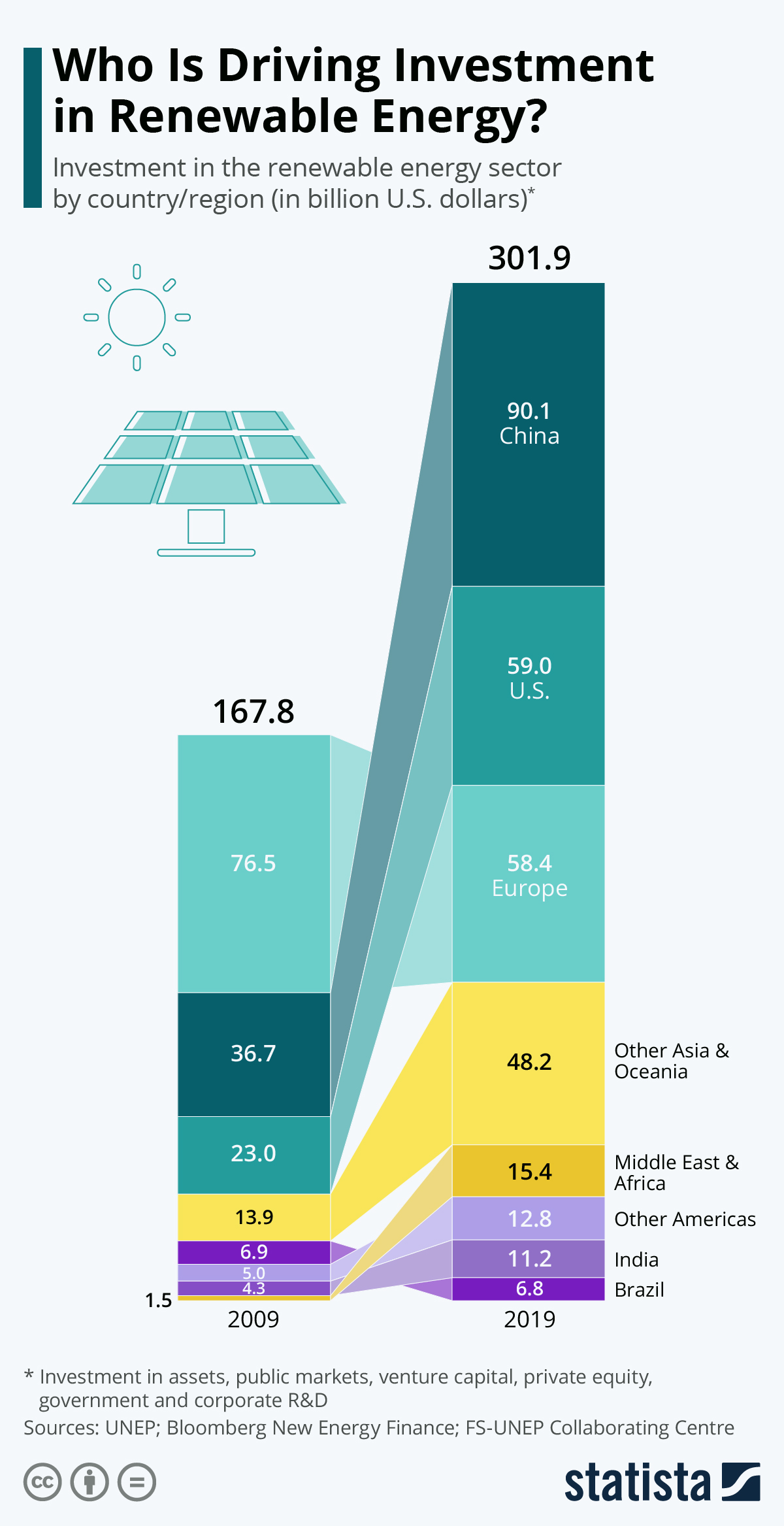