As the Organization of the Petroleum Exporting Countries, better known as OPEC, celebrates its 60th anniversary this week, the organization’s member states are less reliant on exports of oil and other petroleum products than ever before. According to the latest OPEC Annual Statistical Bulletin, OPEC members have further diversified their export portfolio in recent years, with petroleum products making up roughly half of OPEC exports in 2019.

OPEC member Equatorial Guinea, for example, went from depending on oil almost entirely in 2000 to gaining only around 60 percent of export revenue from petroleum in 2019, now exporting chemical products and wood. Saudi Arabia diversified to some degree, adding polymers and other chemical industry products to its portfolio. The United Arab Emirates are currently only making 13 percent of export revenue from oil, relying on other raw materials like aluminum, gold and diamonds more heavily.

Nevertheless, the decline of oil exports and the oil price have been a major factor in the diversification of OPEC. The trend was first caused by an overproducing OPEC meeting a softening demand in China as well as increased fracking activity in the United States, which further drove down prices. Political turmoil in some member countries like Venezuela and Libya also reduced output and sales. By the start of 2020, the coronavirus pandemic led to quarrels within OPEC over production cuts and eventually to a price war between Russia and Saudi Arabia. This sent the oil price to lows last seen 20 years ago, which will weaken oil revenues also in the current year. 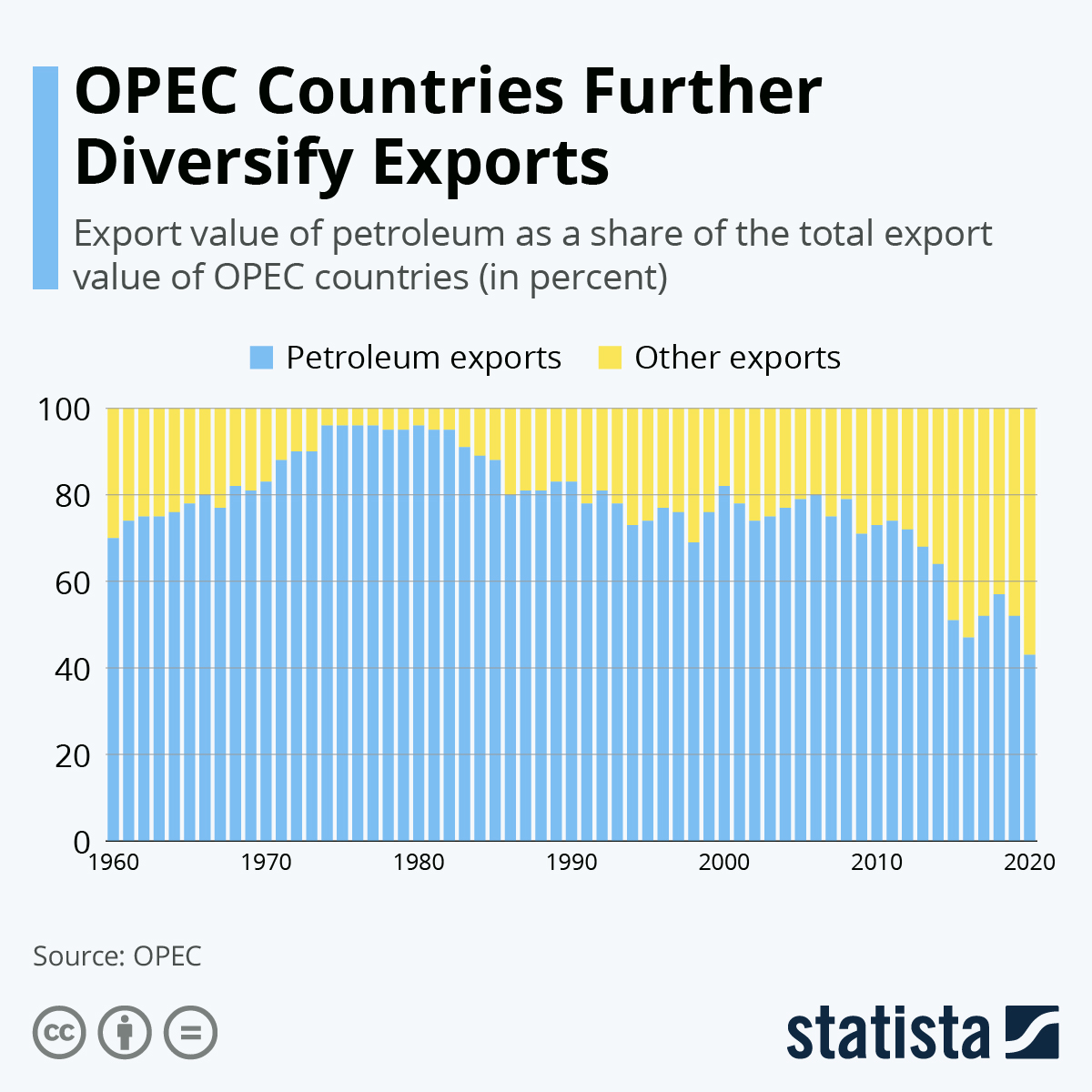 Previous How Much Do Countries Spend on Education?
Next Only 7 Percent of CEOs At Fortune 500 Companies Are Female