Home / Uncategorized / Where Do U.S. Overseas Adoptees Come From?

Where Do U.S. Overseas Adoptees Come From?

In a landmark case decided this week, U.S. citizen Kara Bos has won the right to be recognized as the daughter of her biological father in a Korean court. Bos, who was adopted from South Korea at the age of 10 months, is looking for a way to learn about her birth family after having been blocked by family members from seeing her 85-year-old biological father.

According to The New York Times, the case could set a precedent for overseas adoptees in the U.S. and elsewhere who are looking to find out more about their biological families. South Korean adoptees make up a large group among them, as approximately 200,000 overseas adoptions were finalized in the country since 1953. A majority of these children were sent to the U.S., making Korean the most common birth nationality of international adoptees in the country, historically. While fewer international adoptions of Korean children take place today, South Korean adoptees still made up the fifth-largest national group of U.S. overseas adoptions in FY 2018. The U.S. remained the most common international destination for Korean adoptees by some margin.

South Korea, like many countries practicing overseas adoption, has been trying to limit the practice in favor of more domestic adoptions, but has largely failed to create demand because Koreans continue to reject the practice of adoption based on cultural taboos. Furthermore, laws introduced in 2012 requiring all mothers to register their children in their name has led to those wanting to give a child up for adoption to shun hospitals and attempt to surrender their children anonymously – in turn making them ineligible for international adoption. Both instants have led to a growing number of South Korean children not finding adoptive parents and instead growing up in orphanages. 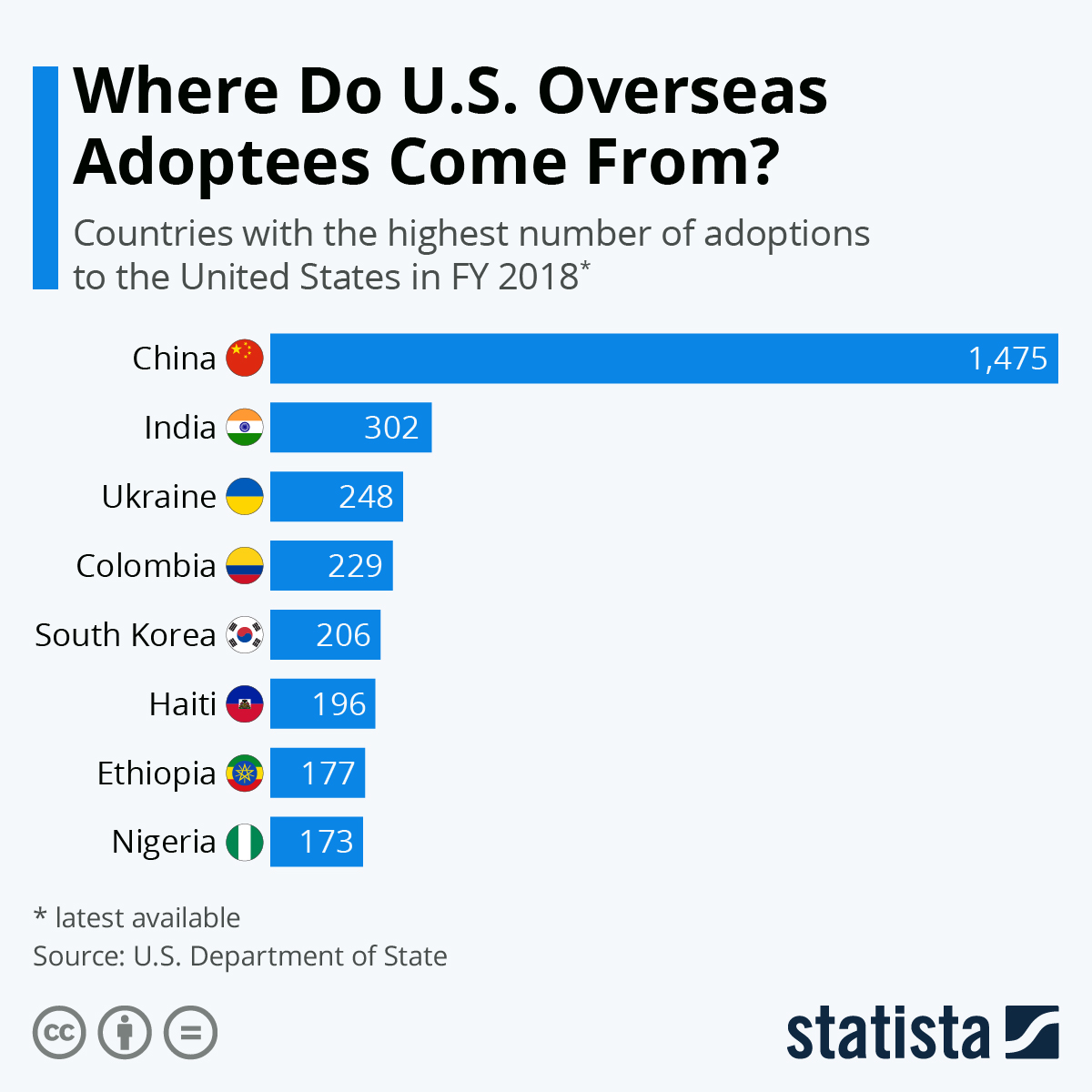