After most European countries have flattened the curves of COVID-19 infections, new outbreak centers around the world have emerged. Brazil is now the most affected countries in the world after the U.S. and India comes fourth. While the growth of COVID-19 infections has slowed some in Russia, the third most affected country, the curve for Brazil is still very much pointing upwards. The U.S. had slowed the growth of cases momentarily, but has experienced a second surge after many businesses reopened.

Outbreaks are also growing fast in Chile, Peru, Pakistan and Mexico, according to data by the European CDC compiled by Our World in Data. Out of all countries with more than 50,000 cumulative cases outside of Europe, only Canada and China have so far been successful in flattening the curve of infections. 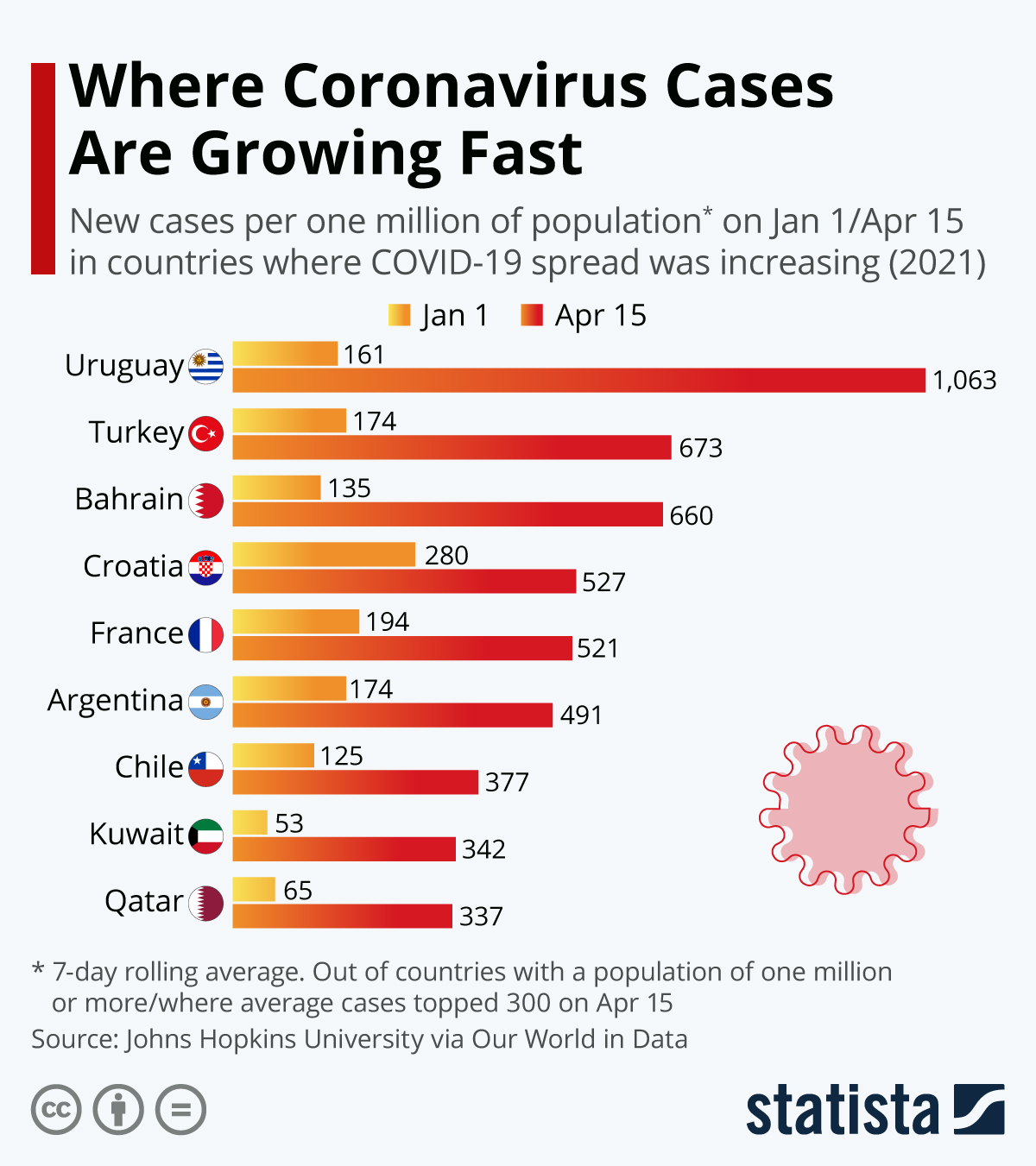 Previous Where Do U.S. Overseas Adoptees Come From?
Next Where Most Investment Fund Assets Are Located