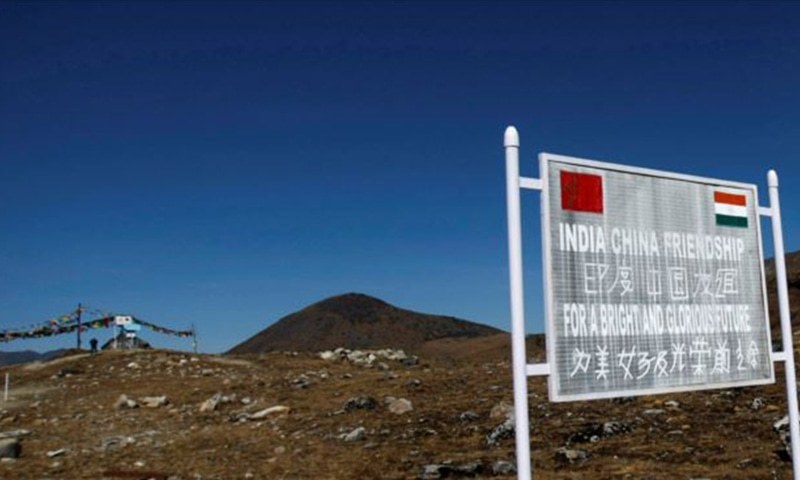 An Indian army source in the region says the incident involved no shooting but “violent hand-to-hand scuffles”. — AFP/File

NEW DELHI: At least 20 Indian soldiers were killed in a “violent face-off” with Chinese forces along the disputed Himalayan frontier, the Indian army said on Tuesday, in the deadliest clash between the nuclear-armed neighbours for more than four decades.

China blamed India for Monday’s clash in the preci­pitous, rocky terrain of the strategically important Gal­wan Valley, between China’s Tibet and India’s Ladakh region, which analysts described as “worrying”.

An Indian army source in the region said the incident involved no shooting but “violent hand-to-hand scuffles”.

Brawls erupt regularly between the Asian giants across their disputed 3,500-kilometre frontier, but no one has been killed since 1975. India had earlier put the toll at three dead.

But in a statement later on Tuesday the army added that 17 more “who were critically injured in the line of duty at the stand-off location and exposed to sub-zero temperatures in the high altitude terrain have succumbed to their injuries, taking the total that were killed in action to 20”.

The Indian army said earlier that there were “casualties on both sides”.

China’s defence ministry confirmed the incident had resulted in casualties but did not give the nationality of the victims or any other details.

“We again solemnly request that India follows the relevant attitude and restrains its frontline troops,” he added.

New Delhi’s foreign ministry spokesman Anurag Srivastava claimed the clash arose from “an attempt by the Chinese side to unilaterally change the status quo” on the border.

India and China have long squabbled about their border but recent weeks have seen an escalation.

On May 9, several Indian and Chinese soldiers were injured in a clash involving fists and stone-throwing at Naku La in India’s Sikkim state, which borders Bhutan, Nepal and China.

Alice Wells, the top US State Department official for South Asia, likely irked Beijing last month when she said China was seeking to upset the regional balance and had to be “resisted”.

But the Chinese foreign ministry said only last week a “positive consensus” was reached following “effective communication” through diplomatic and military channels.

India’s foreign ministry too sounded conciliatory, saying the two sides would “continue the military and diplomatic engagements to resolve the situation and to ensure peace and tranquillity in the border areas”.

Military experts say that one reason for the face-off is that India has been building roads and airfields to improve connectivity and narrow the gap with China’s far superior infrastructure.

At Galwan, India completed a road leading to an airfield last October. The Chinese side has asked India to stop all construction.

India says it is operating on its side of the Line of Actual Control, the de facto border.

The editor-in-chief of China’s Global Times newspaper said the Chinese military had suffered losses in the latest clash, though it was unclear whether those were deaths or wounded.

“Based on what I know, the Chinese side also suffered casualties in the Galwan Valley physical clash,” Hu Xijin said in a tweet. He did not give further details. The Global Times is published by the People’s Daily, the official newspaper of China’s ruling Communist Party.