Almost Half of World Fish Supply Now Comes From Aquaculture

Global fisheries and aquaculture production totalled 178.5 million tonnes in 2018 according to a report from the Food and Agriculture Organization of the United Nations. More people than ever before are relying on fish and other types of marine animals as an income source and as a source of food.

A surging demand globally has been at odds with an increase in the number of restrictions put on the harvest of marine wildlife because of over-fishing. As a result, the role of aquaculture has massively increased in the last 18 years, while the growth of global fisheries has been rather modest. In 2018, 46 percent of fish and other marine animals consumed worldwide were bred in captivity. The most popular farmed species were carp, salmon, catfish, oysters, clam and shrimp.

Fisheries were responsible for major supplies of anchovies, pollock, tuna, herring and cod. China is the biggest fishing nation in the world responsible for 15 percent of wild fish and other marine species caught followed by Indonesia and Peru at 8 percent each. More than half the wild fish caught in the world is landed in Asia, as are 66 percent of marine species caught in lakes and rivers. Asia is also driving the growth in aquaculture – the continent produced almost 90 percent of farmed marine animals in 2018. 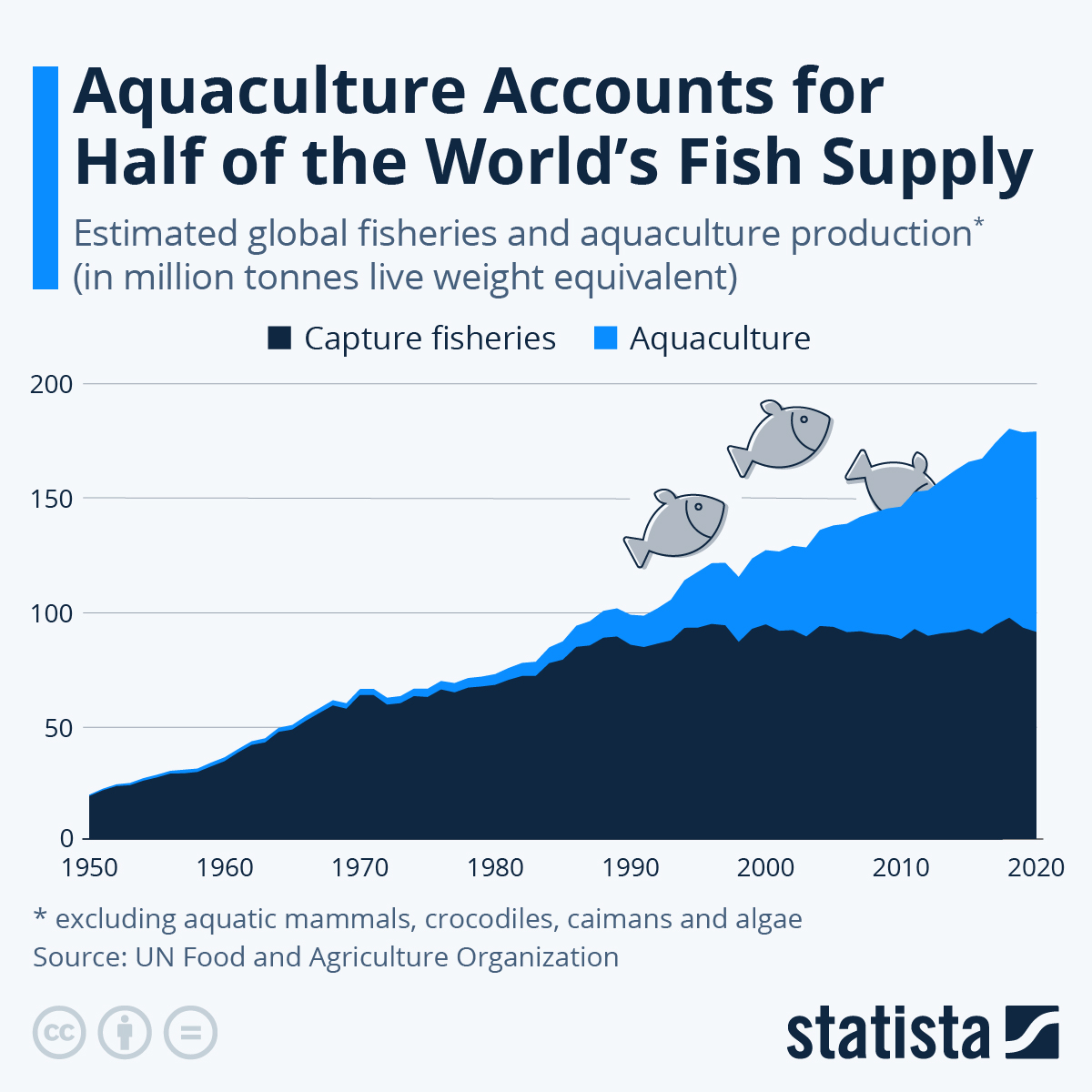