South Korea was the first country to have its own large-scale 5G network and the country has already turned this head start into a lead over other countries when it comes to 5G adoption. Analysts from GSMA Intelligence expect this trend to continue and predict that almost 60 percent of Korean cell phones will run on the standard by 2025, compared with around 50 percent each in the U.S. and Japan and 28 percent in China.

The countries expected to grow their market segments most over the next four years are typically those that – as of May 2020 – already had providers offering commercial 5G contracts. This applies to the above-mentioned places as well as states on the Gulf, which are expected to reach a share of 17 percent 5G subscriptions by 2025. While GSMA’s report on Europe’s 5G landscape on a country-by-country basis is not out yet, the company expects 5G adoption in Europe to reach 34 percent overall by 2025. Countries with operational 5G networks in Europe include Germany, Poland, Spain, the UK, Ireland, Italy, Romania, Finland, Norway and Hungary, according to the new Statista report “A Mobile Connected World.” 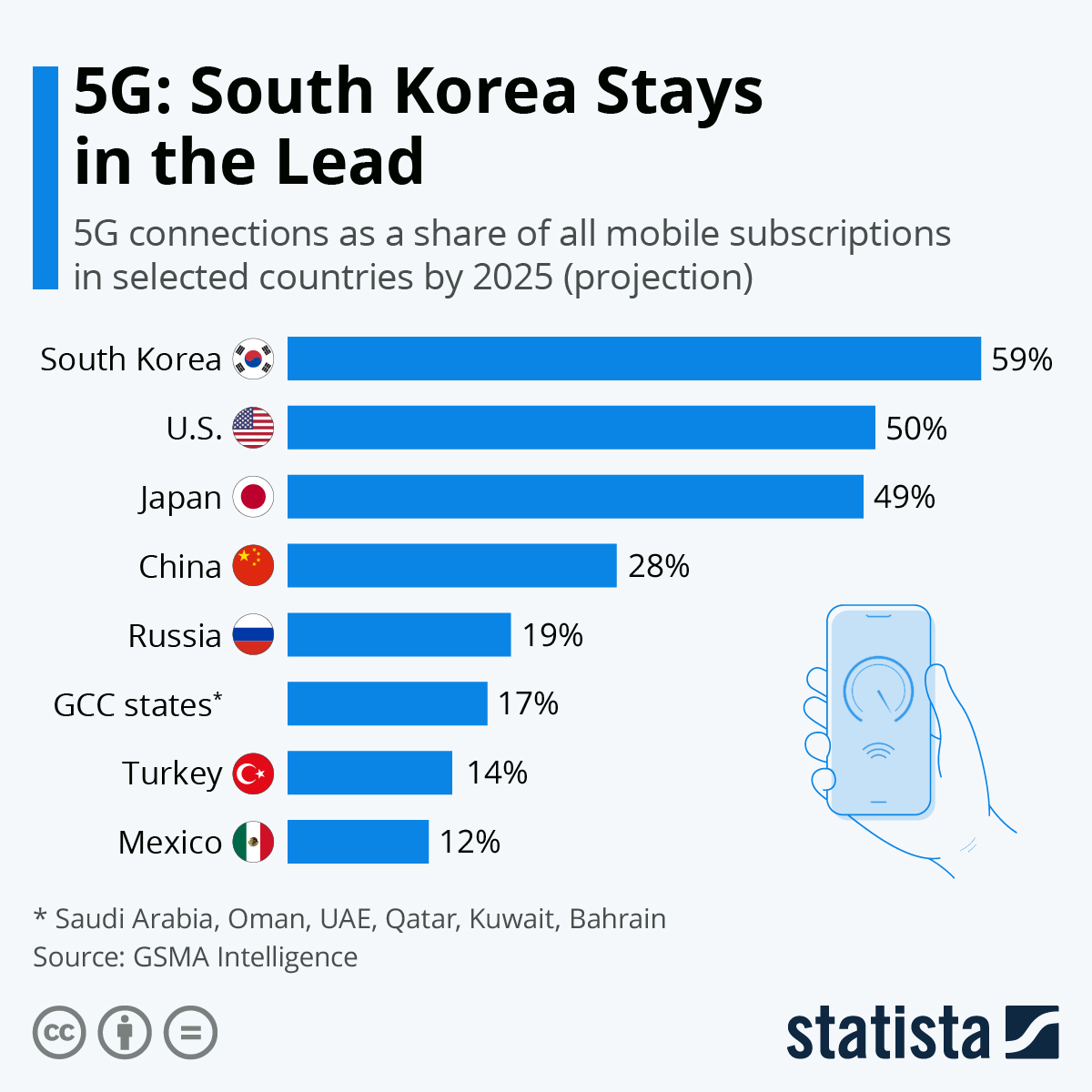