Home / Uncategorized / The Most Sold Fair Trade Products in the World

The Most Sold Fair Trade Products in the World

This Saturday marks World Fair Trade Day, promoted by the World Fair Trade Organization. Despite the fact that in the food and FMCG markets as a whole, fair trade products still make up only a small part of all products sold, fair trade has been making inroads into segments like flowers, bananas, chocolate or coffee (at least in European or U.S. markets) and labels certifying fair trade practices are recognizable to many consumers.

Almost 700,000 metric tons of fair-trade bananas were sold worldwide in 2018, followed by 260,000 tons of cocoa beans and 207,000 tons of coffee beans. At the same time, more than 825 million units of fair-trade flowers were sold, making them the biggest product in the market, when comparing one unit of flowers (i.e. a bunch or box) to one kg of cocoa, coffee or bananas. 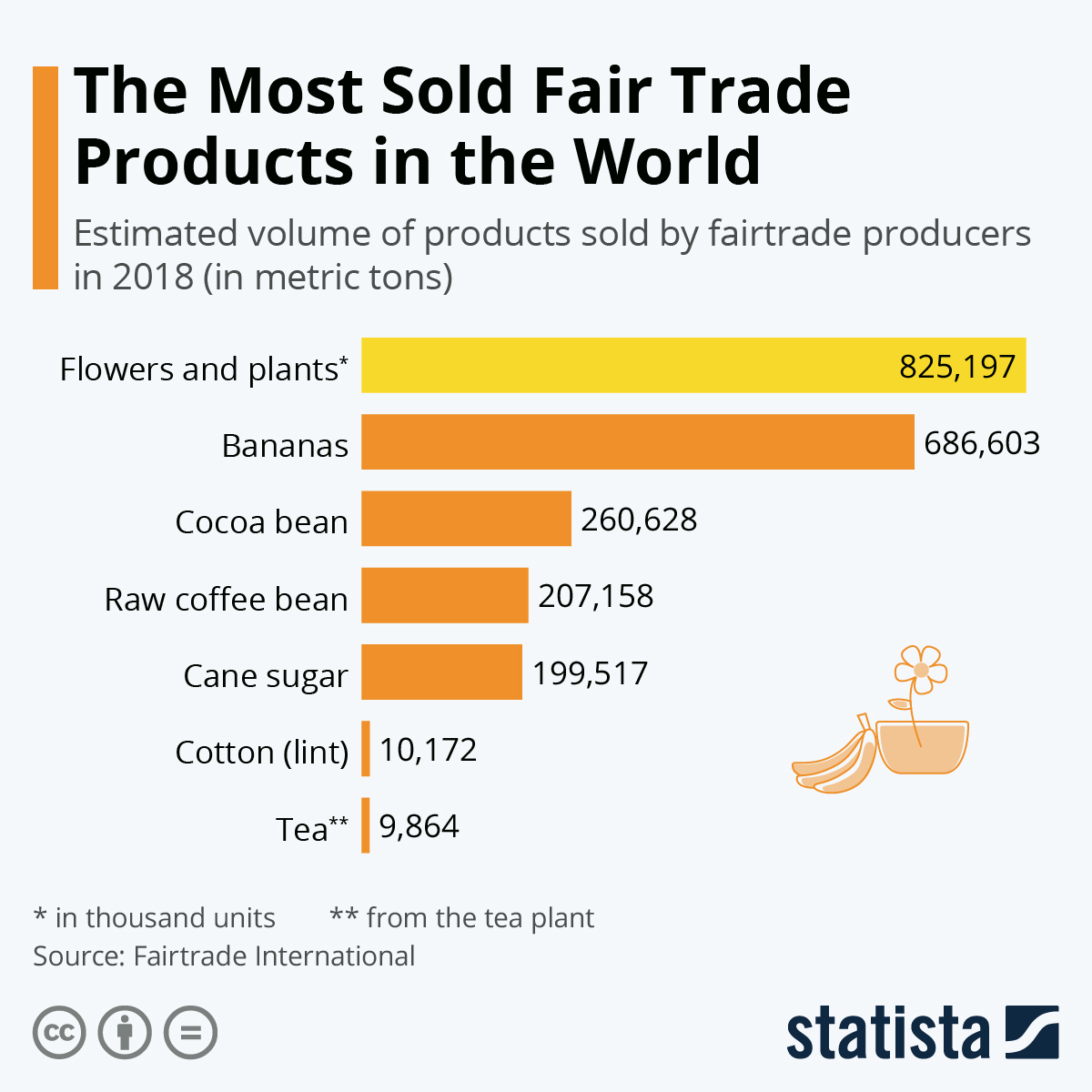