Which Countries Are Meeting Their Paris Agreement Goals?

When it comes to emission reductions, some countries aim high but miss the mark by a long shot while others reject big commitments on the international stage but still receive good marks for their greenhouse gas records. Sadly, the story for most nations is a case of “too little, too late”. Sufficient goals, like those associated with limiting global warming to a maximum of 2° Celsius, are often missed and even the insufficient goals of limiting it to 3° Celsius are often not met.

Scientists believe that a global warming of 2° Celsius in total would already raise sea levels by 56 centimeters, increase heat days by 25 percent and threaten drought periods of four months. A warming of 3° Celsius is believed to lead to massive disruptions of ecosystems, food production and weather patterns, while one of 4° Celsius might seriously limit the habitable zones on the planet.

The Climate Action Tracker publishes the goals and projected achievements based on concrete policies and actions already put in place until 2030. According to the website, India and Kenya are two countries which have rejected the accountability associated with climate goals but are still on track to achieve goals associated with limiting global warming to 1.5 or 2° Celsius. On the other end of the spectrum is Canada, which pledged to the 2° Celsius goal, but whose actions and policies until 2030 would suggest a development in line with a 4° Celsius warming.

Out of larger, industrialized countries, the European Union and the UK as well as South Africa are currently the only places where the 2° Celsius goal is expected to be met, while it is projected to be missed in the U.S., Japan and Canada. African nations Nigeria, Ethiopia, Morocco, Gambia and Kenya as well as Costa Rica and Nepal are named by the Climate Action Tracker to be on track to meet the 1.5° Celsius goal. The website analyzed the climate policies of 36 countries and the EU. 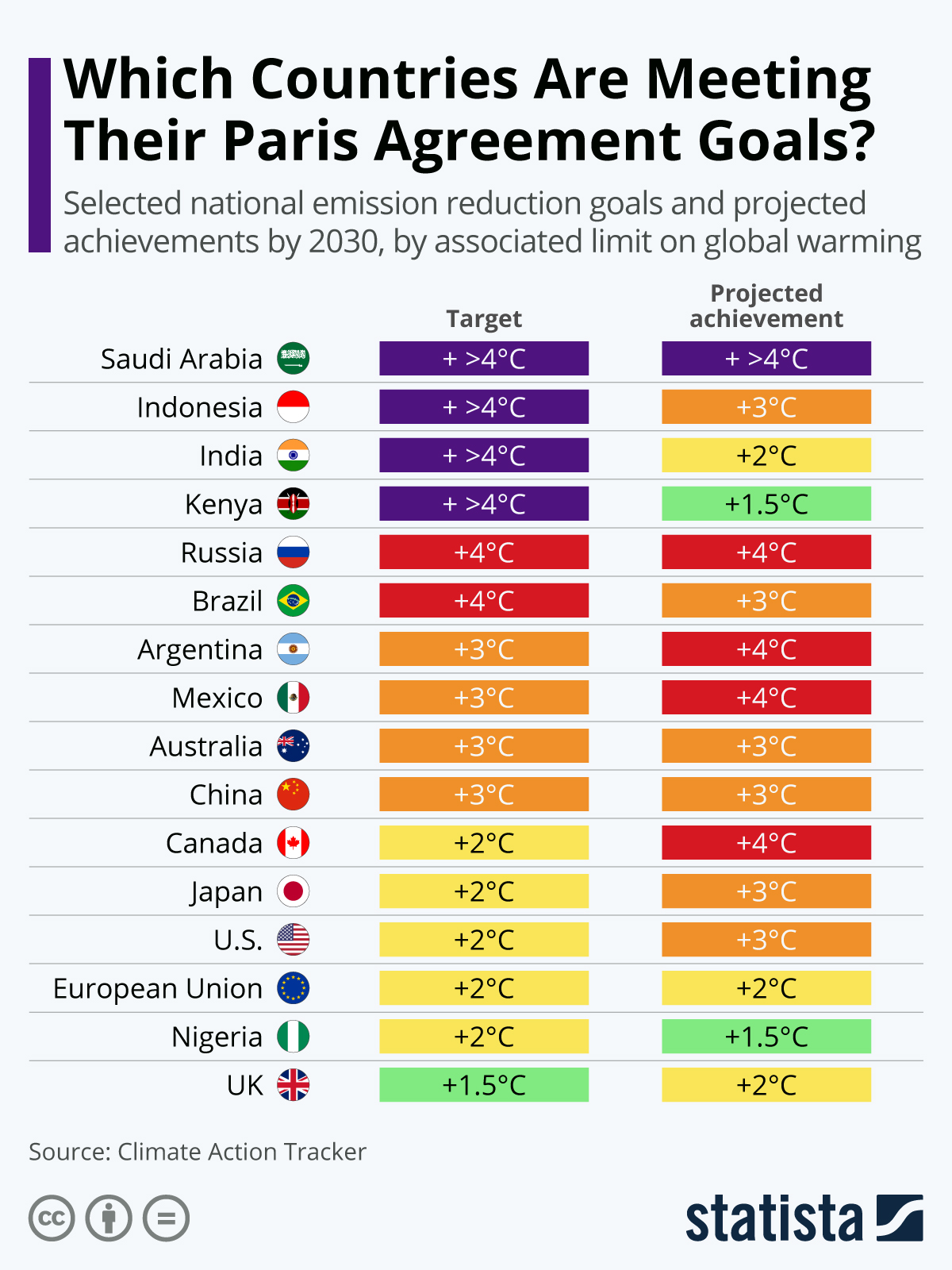