While German automaker BMW managed to surpass analysts’ forecasts for its third quarter by 200 million Euros due to a boost in electric vehicle sales and price adjustments, it still only ranks third in terms of the market capitalization of the biggest European car companies with a valuation of $66.9 billion. As our chart shows, Volkswagen was worth more than double the amount the Munich-based manufacturer.

Even though the ongoing chip shortage presents challenges for every automaker and has impacted Volkswagen‘s delivery outlook and sales expectations, it’s still miles ahead of its competitors with a market cap of $144 billion according to Companies Market Cap. While Volkswagen, BMW and Daimler make up the top 3 of highest valuated car manufacturers in Europe, they are also able to compete on a global scale, ranking third, tenth and fifth worldwide, respectively. The newest addition to this top list, Swedish automaker Volvo, went public last Friday with an initial share price of 53 Swedish kronor or roughly $6.2, which rose by 22 percent by the end of its first day of trading. This can be seen as evidence for the rising interest in investing in EV technology since Volvo has pledged to become purely electric by 2030. Nevertheless, it’s still far from being the most valuable company on the list with a market cap of $19.8 billion behind similarly established companies like Ferrari and Porsche.

According to the International Organization of Motor Vehicle Manufacturers (OICA), roughly 78 million motor vehicles were sold in 2020, 12 million less than in the previous year. This, of course, can be attributed to the coronavirus pandemic impacting supply chains and production efficiency across the globe as well as a tightening of economic spending. Amidst the pandemic slump, China still came out on top as the biggest market with about 20 million car registrations in 2020, followed by the U.S. with approximately 15 million and Europe with roughly 12 million new cars registered. 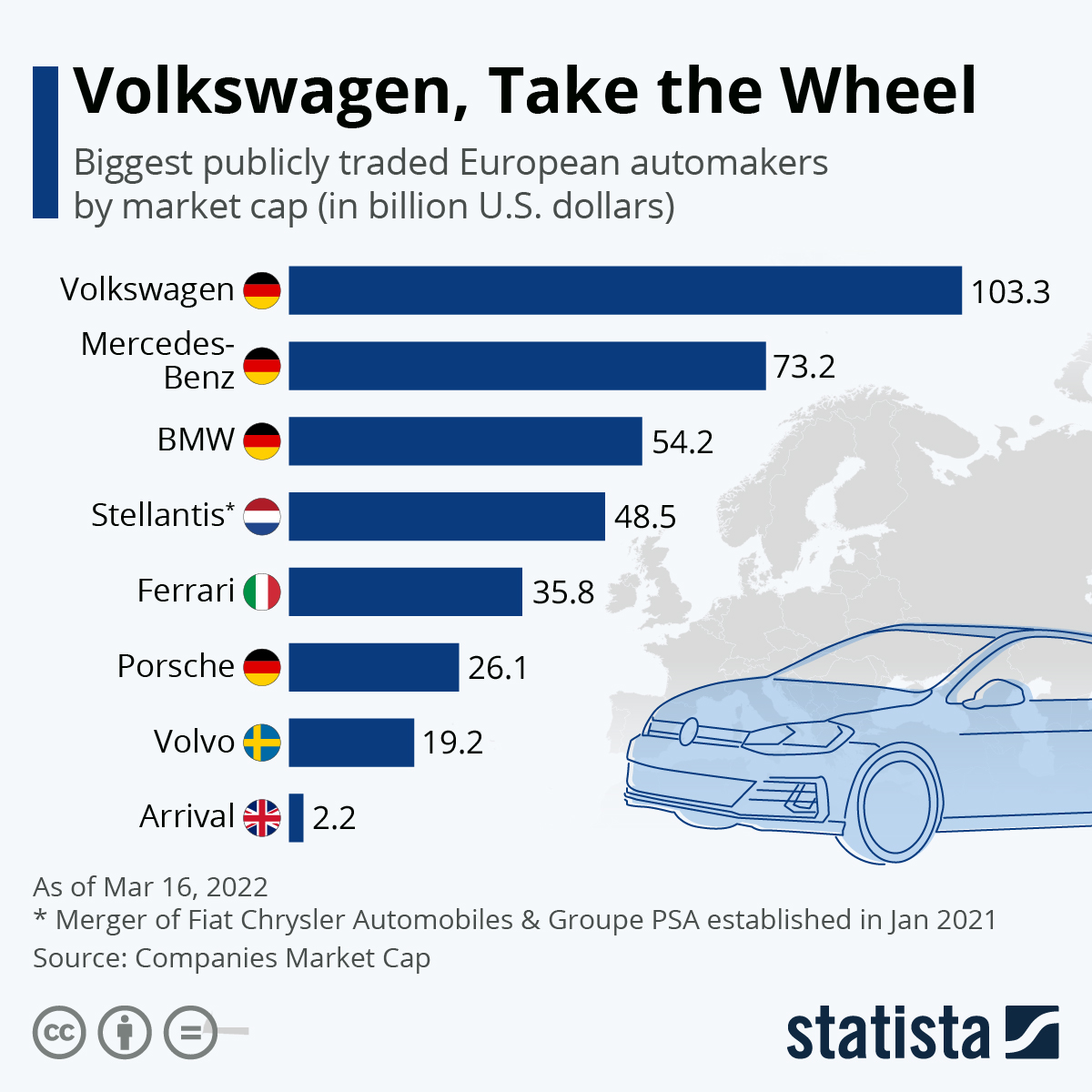