These Celebrities Earn More Dead Than Most Do Alive

Writer of famous children’s books Matilda and Charlie and the Chocolate Factory, Roald Dahl, earned $513 in 2021 despite having been dead since 1990. This makes him the number one on the annual list of the biggest posthumous earners published by Forbes. The sale of the company managing the rights to Dahl’s stories to Netflix catapulted the deceased writer to the top of the list, dethroning Michael Jackson who had led the ranking for eight years since 2013.

In 2021, Jackson only came in third, having earned $75 million between October 2020 and October 2021. Prince, who died in 2016, made more than the King of Pop this year as his siblings sold an estimated 43 percent of his estate.

Depending on singular sales events like the one mentioned above, the biggest posthumous earners fluctuate heavily every year. Despite not being top of the list in 2021, the Michael Jackson estate has made huge amounts of money since the singer died twelve years ago, for example in 2018 when it raked in a whopping $400 million from the sale of an EMI stake. 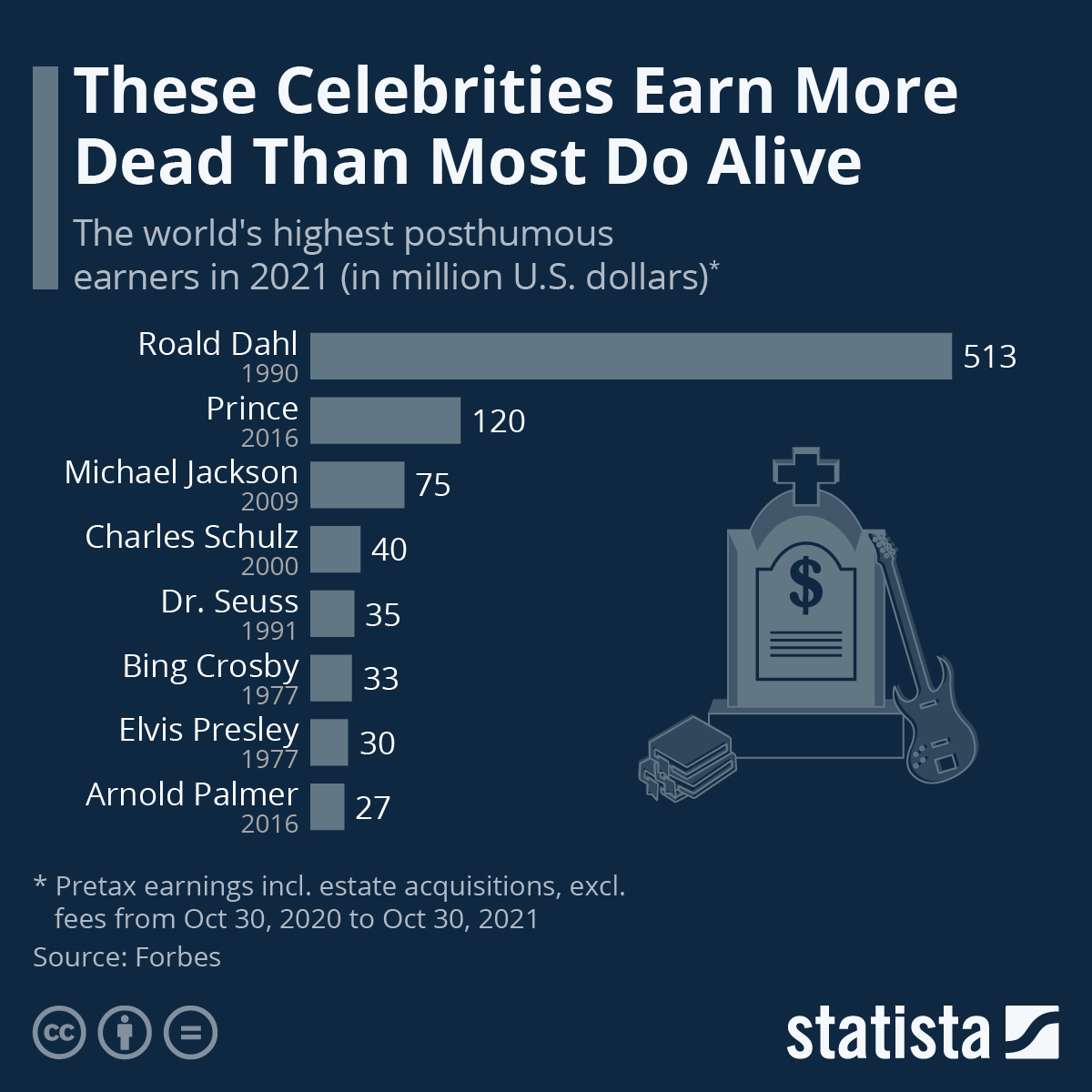 Previous The Deadliest Countries for Journalists in 2021
Next Volkswagen, Take The Wheel