The Age of the Tech Giants

Sixteen years ago, everyday life was very different: smartphones as we know them today had not yet been invented, Facebook had only just been founded, and ExxonMobil was worth ten times as much as Apple. More than a decade later, the rise of America’s digital giants has radically changed this landscape.

As an illustration of the unshakeable growth of GAFAM (or is it now AMAMA?), Apple surpassed the $2 trillion market capitalization threshold for the first time last year- a historic milestone that only the oil giant Saudi Aramco had crossed before. Since then though, Microsoft has joined Apple in the two trillion club, even surpassing their rival at the time of writing.

As our infographic shows, in 2005, the list of the world’s most valuable listed companies was rather diverse, with a few large oil companies, but also multinational conglomerates, distribution companies, as well as those in finance and healthcare. But today, with the exception of Saudi Aramco, it is the American tech giants that dominate the rankings (although Tesla could also be put in the automotive category). 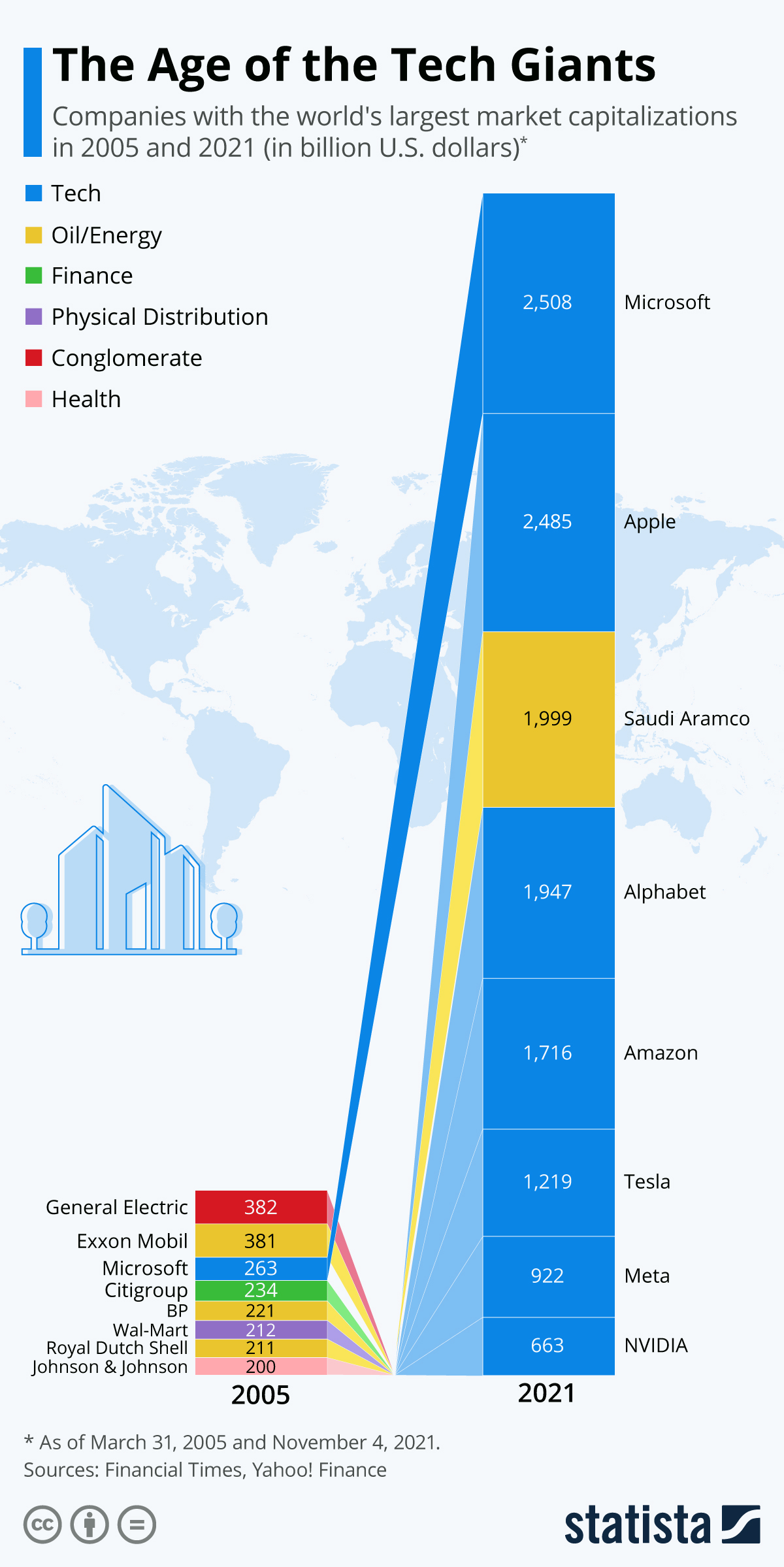